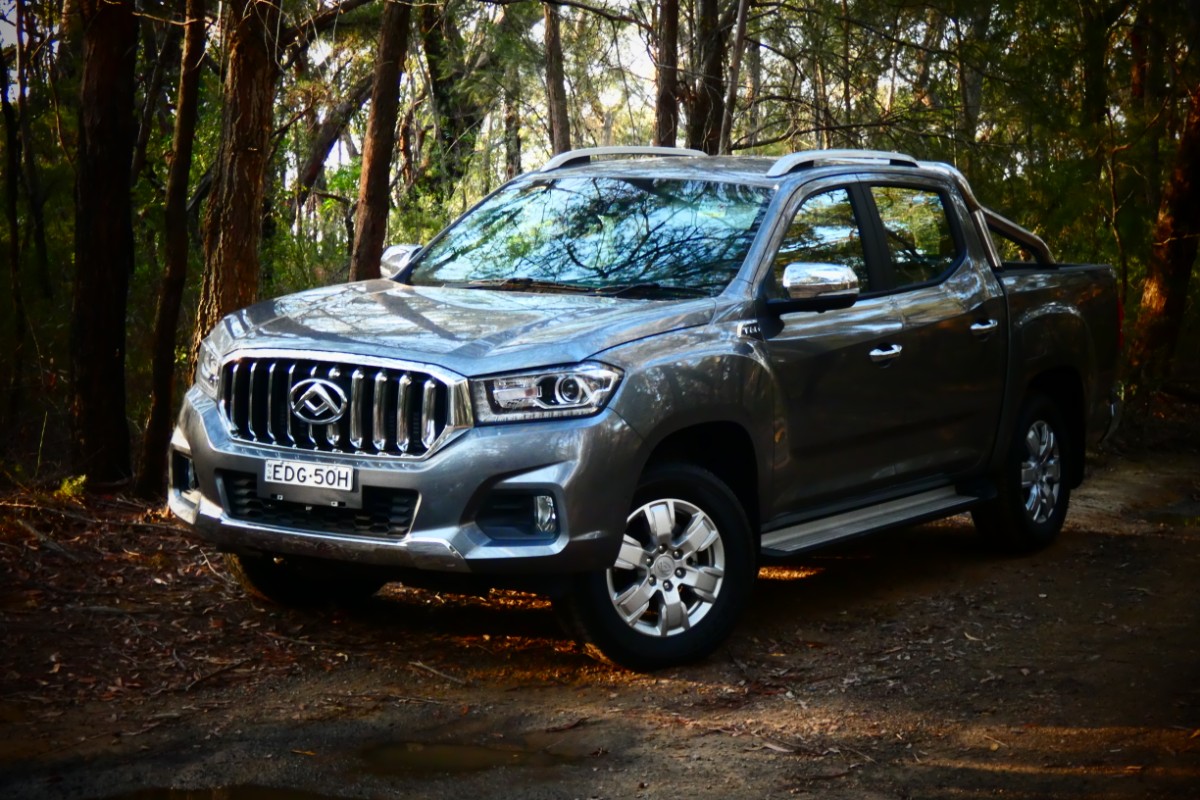 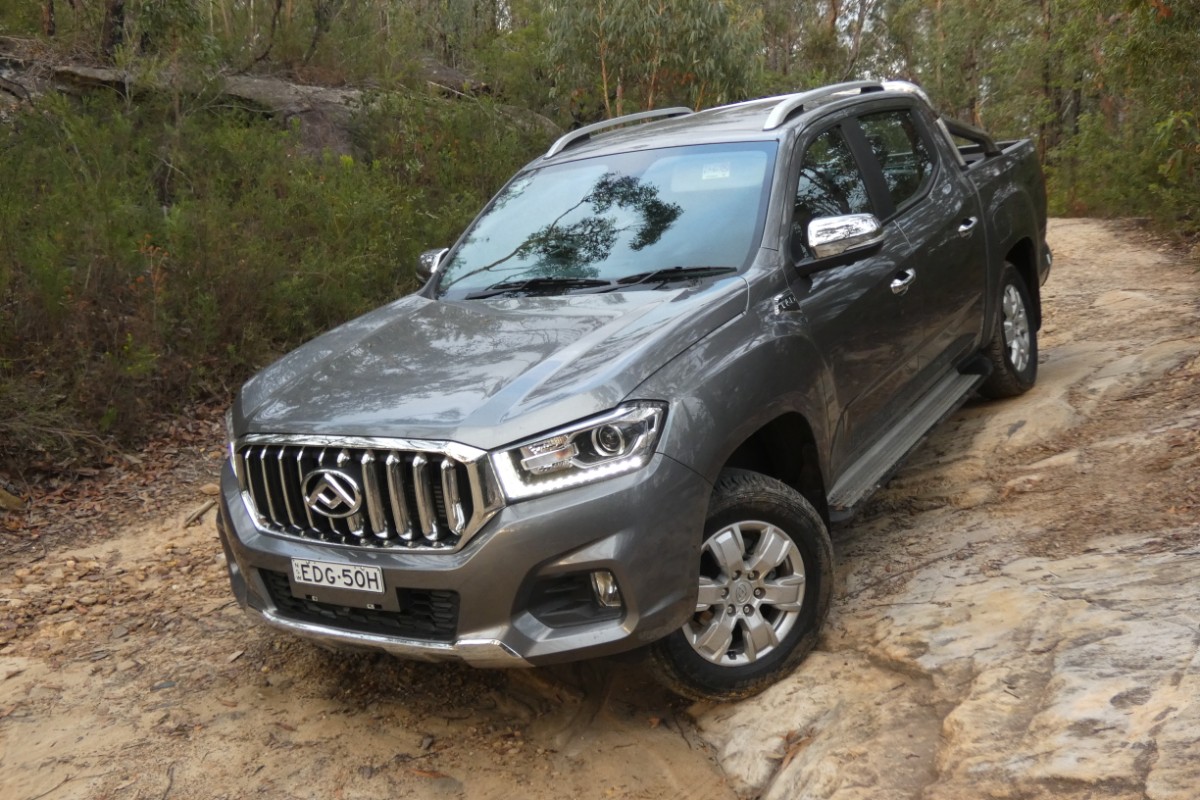 A ute that it has taken us a very long time to catch up with.

The Chinese LDV T60 operates in the bargain end of the segment, which begs the question — just what sort of bargain is it?

The Chinese brand is imported by Sydney’s Ateco Automotive which now offers a ute, SUV, two vans and a seven-seat people mover.

There’s also a Mega Tub version of the ute with a longer wheelbase and larger tub. 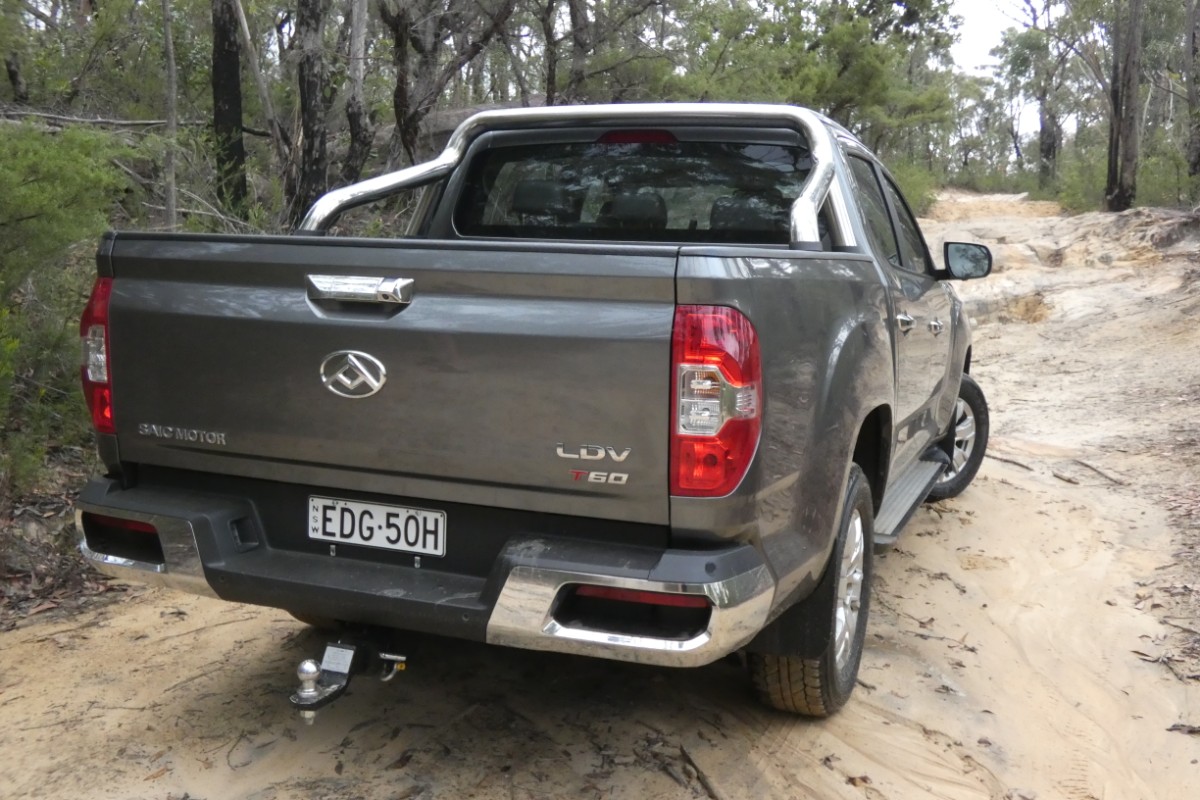 At the moment, Luxe is advetised for $33,990 driveaway (we’d suggest there’s no rush as that is probably THE price).

The cheapest comparable ‘name brand’ 4×4 dual cab ute, if you will, is Mitsubishi’s mid-range GLS Double Cab at $45,140 before onroads.

From there, the sky is the limit. Even Mercedes-Benz now offers a ute, although in reality it’s a Nissan under the skin, with prices that nudge  $80K at the upper end.

T60 comes with side steps, a sports bar and tub liner as standard, but there’s no tonneau or even provision for a tonneau cover, just some tie-down brackets inside the tub — if you want a cover you need to option a hard tonneau.

It gets a five-star safety rating, with six airbags, plus rear view and 360 degree cameras, blind spot monitor and lane departure warning — but alas no auto emergency braking (AEB). 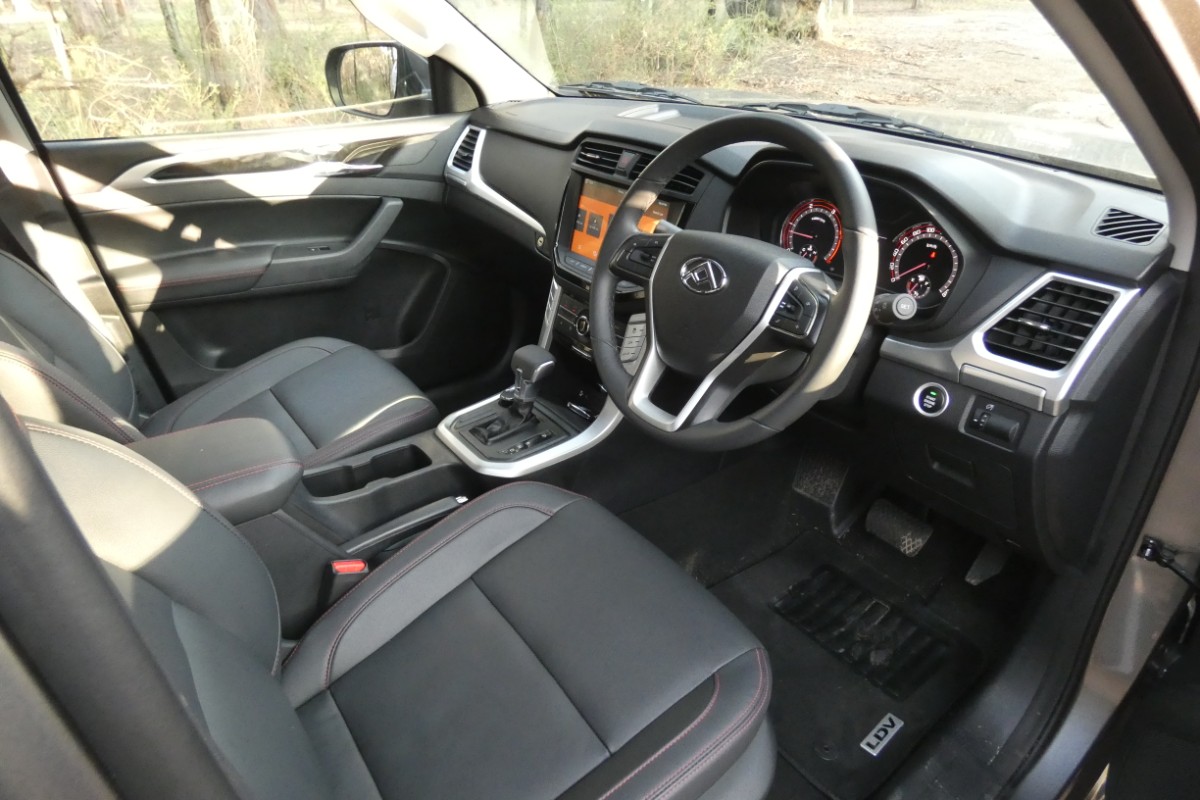 The T60 presents as loud and truck-like, and takes its time to get going.

It’s more your old school kind of 4×4, rather than the the current, super slick market leaders Hilux and Ranger.

That in itself is not a bad thing, because at least you know you’re getting something that’s robust and ready for work (and play) — if that’s your thing.

But it does have its downside around town where’s it is slow to brake and accelerate, and has difficulty responding to the rapidly changing demands of carparks and city streets.

Out on the freeway however it has no trouble keeping up with traffic, cruising easily at around 1500 revs once in its stride — but keeping it there can be a challenge with cruise control that is fiddly to use.

The steering wheel controls are not back-lit either, making them difficult if not impossible to see in low light situations such as tunnels.

The engine can either be paired with a 6-speed manual or 6-speed automatic, the latter with power and eco drive modes.

Our test vehicle was the auto which is a sensible choice, given that low revving diesels can be a handful to operate with a manual.

Drive is to the rear wheels, with four-wheel drive and low range four wheel drive available via a rotary control in the centre console.

Ground clearance is 215mm, wading depth 550mm  and this model also comes with a rear, “on demand” differential lock (more on that later).

In a concession to its leisure orientation, the rear leaf springs are softer than the entry Pro model, while the rear brakes are drums like most of the current crop of offerings.

It has a 3 tonne towing capacity and a payload capacity of 815kg.

The 10.0-inch touchscreen looks massive, but offers little in the way of functionality.

There’s AM/FM radio (no DAB), Bluetooth (no audio streaming), and no satellite navigation.

For satnav and you’re supposed to hook up your smart phone via cable.

Apple users get CarPlay but there’s no Android Auto for others who are forced to download an app called EasyConnection that doesn’t score well in reviews.

What’s more we could not get our Samsung Galaxy 8 Plus to connect.

The rain-sensing wipers are a bit hit and miss too.

When they should have been going 20 to the dozen, they decided it was just a few spots of rain and it was time for a little rest.

Performance from the diesel was sluggish to start with, at least until we discovered the Power button.

Unfortunately, it has to be reactivated every time you start the car.

Ride and handling is old school, with the occasional jiggle and shudders from the stiff suspension.

The front seats have power adjustment and are reasonably comfortable, but the steering wheel lacks reach adjustment.

The back seat turned out to be surprisingly roomy and comfortable.

LDV claims it turns the toughest tracks into a walk in the park.

In response to that, we cite limited 215mm ground clearance, not terribly friendly entry and exit angles and things that are likely to bump and scrape such as mudflaps and side steps.

An optional towbar was fitted too, and this is guaranteed to hit off road.

Despite picking our way gingerly down our favourite fire trail, there were one or two “oops” moments we almost got the ute stuck on our return, when one of the rear wheels lost traction — spinning out of control.

The on-demand Eaton diff should have sorted this out, directing torque to the wheel which did have traction — but I guess we weren’t demanding enough.

Then, when we eventually managed to claw our way out, the transmission became stuck in low range. Fortunately, it was an easy fix — roll backwards in neutral.

Hill descent control is also part of the package and uses the vehicle’s ABS system to automatically control speed on steep downhill sections — but requires an element of trust.

Fuel consumption for this model is a claimed 9.6L/100km, 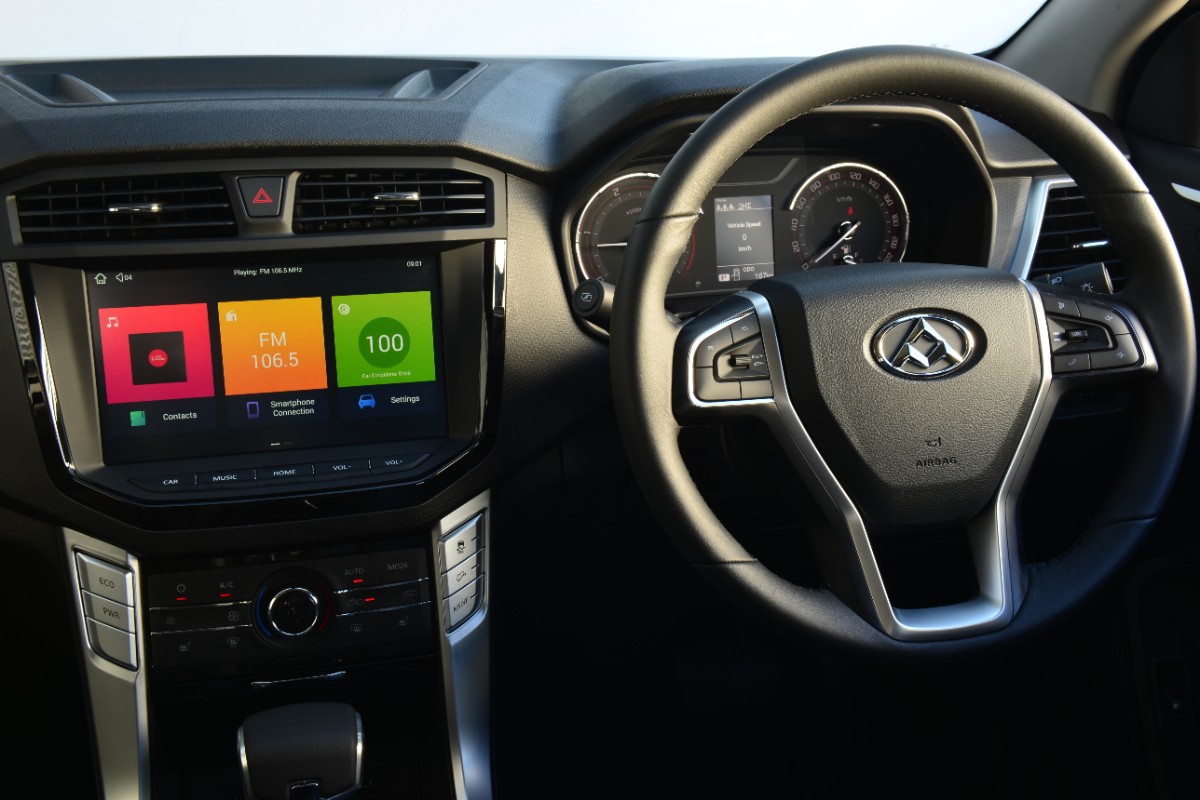 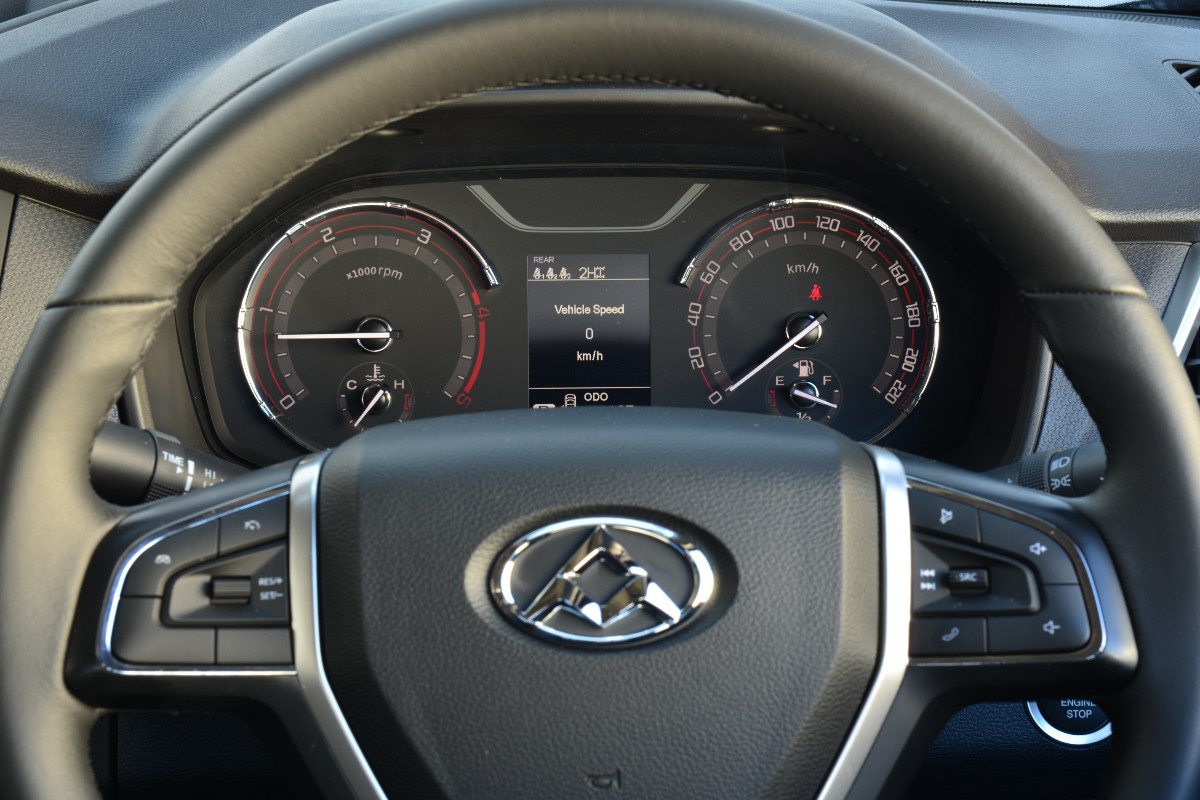 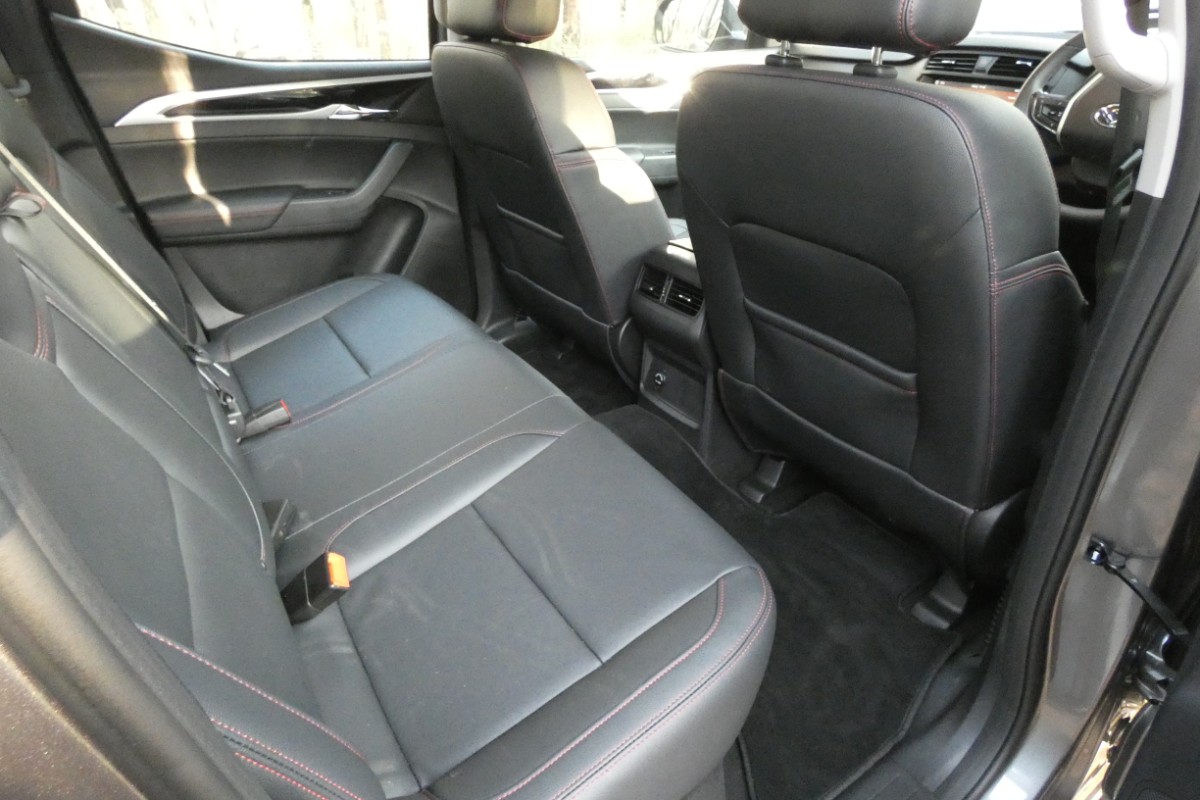 It’s all there, well most most of it anyway, but there’s room for improvement.

A new twin turbo diesel, in the pipeline, is expected to make a world of difference to performance, but things like a tonneau and satellite navigation really need to be standard at this end of the market.

Sorry, LDV, but having to hook your phone up with a cable to access this functionality is a poor substitute, especially when you’re in a hurry — and who isn’t? 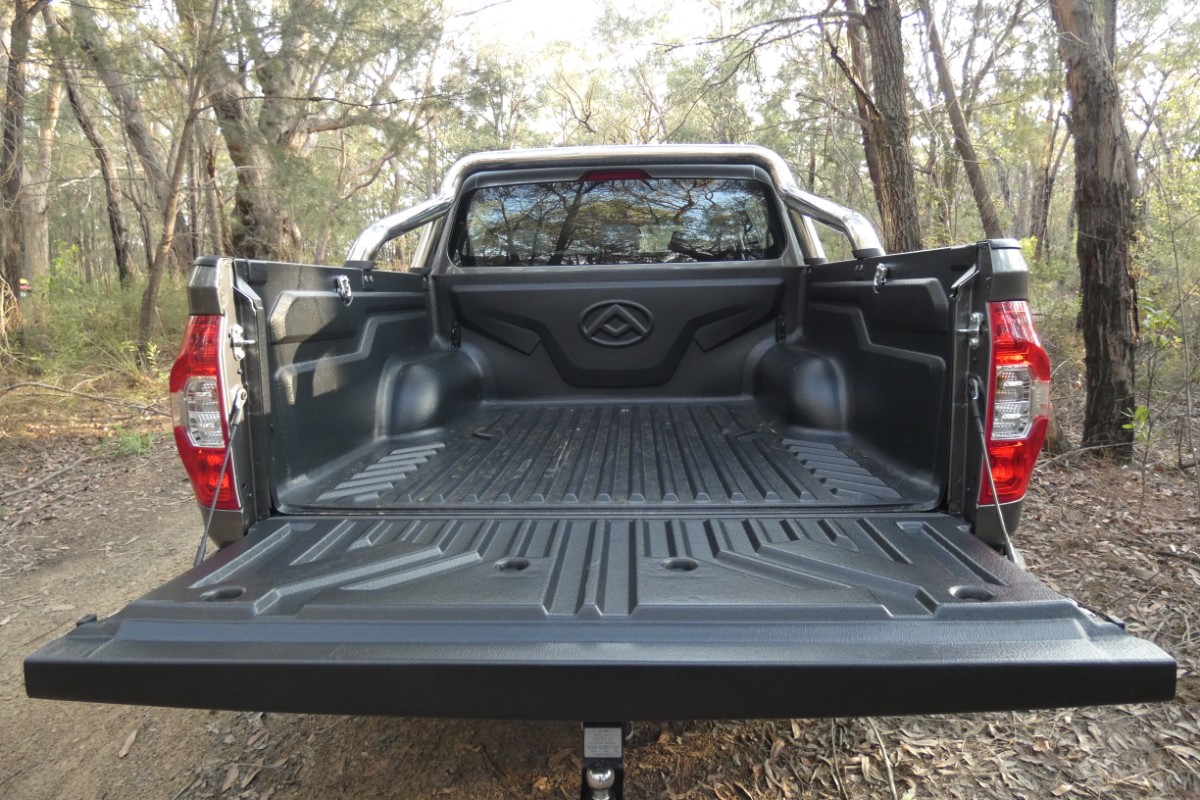 CHECKOUT: LDV G10: the honeymoon is over

Check out deals on the LDV ute