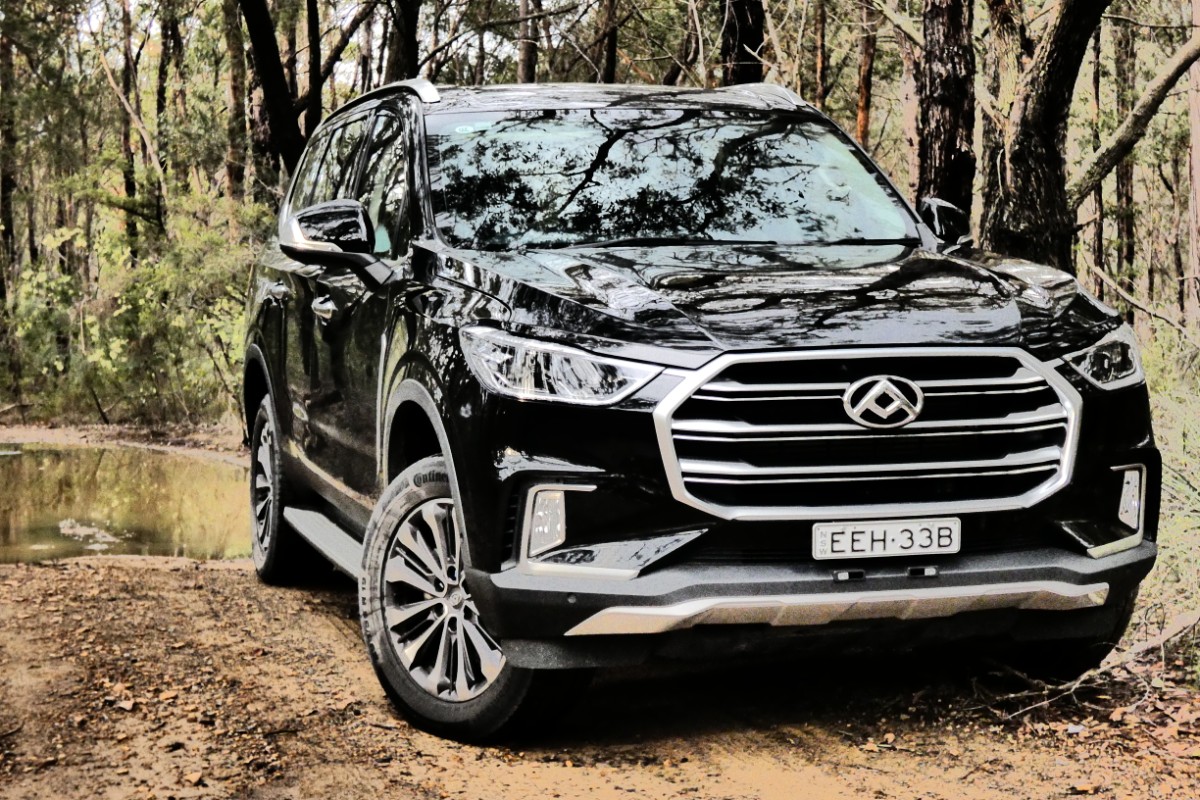 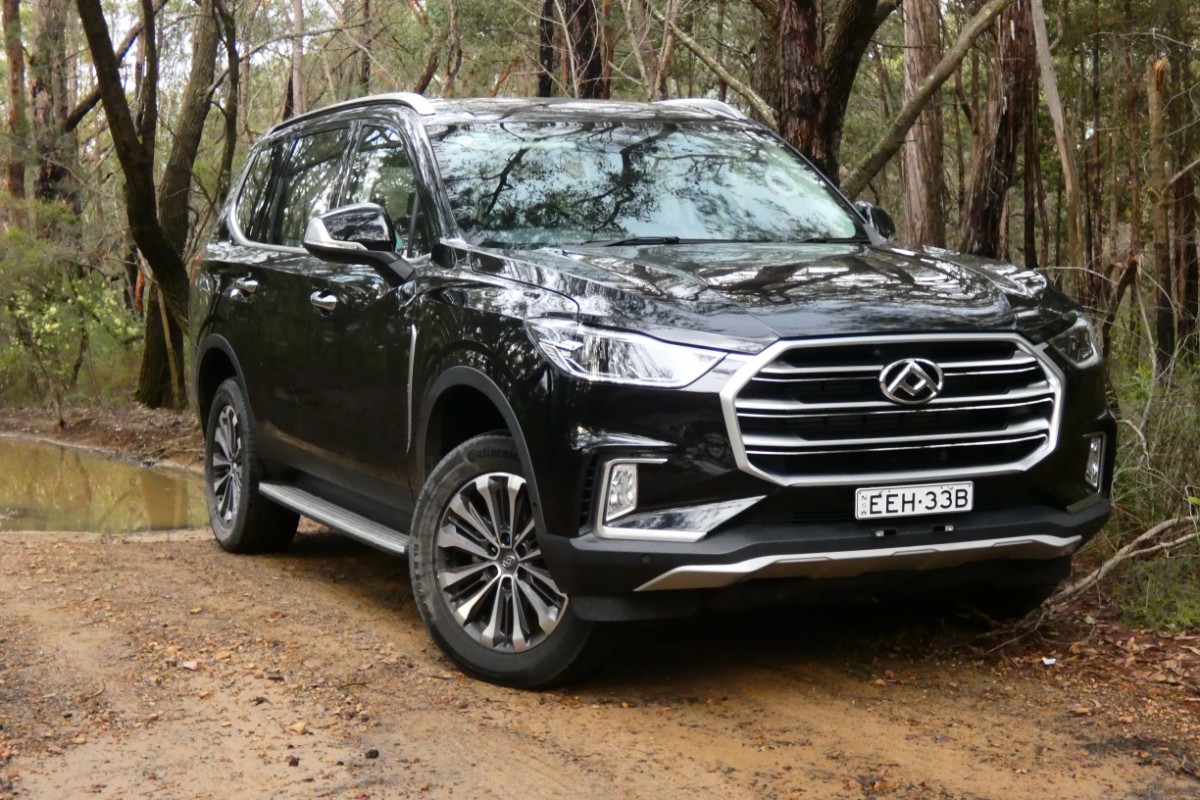 The LDV D90 SUV is larger than we anticipated, with seven seats and is based on the same underpinnings as the D60 utility.

Unlike the diesel-powered ute that we drove previously, this one is powered by a responsive 2.0-litre turbocharged four cylinder petrol engine.

It’s a proper offroader too, with low range four-wheel drive and presents as a more upmarket proposition — but remains relatively affordable. 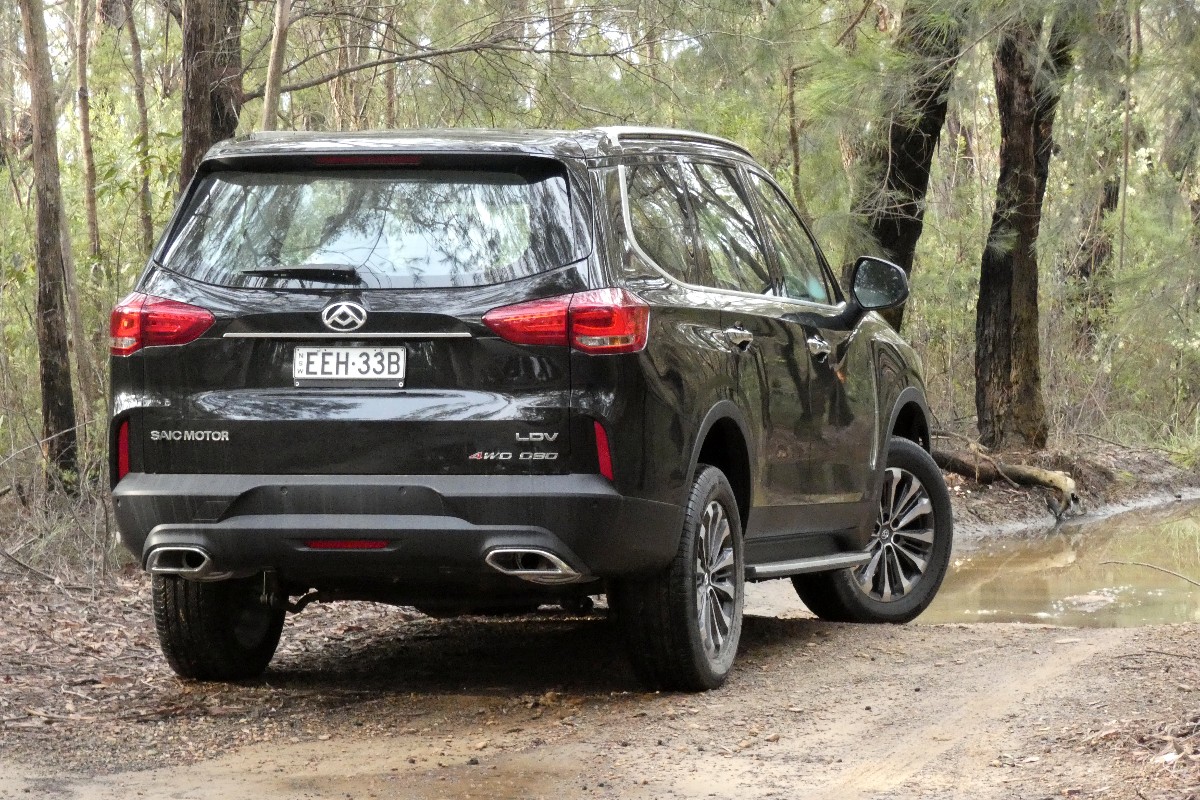 There’s three grades from which to choose, all with the same 2.0-litre turbo engine.

That means no diesel, at least for the time being — but we’re been told watch this space.

Standard kit includes leather and climate control air conditioning, and it rolls on 19-inch alloys with 255/55 series rubber, with double wishbones at the front and a multi-link rear suspension.

Again, oddly, it misses out on the 360 degree camera in the ute. 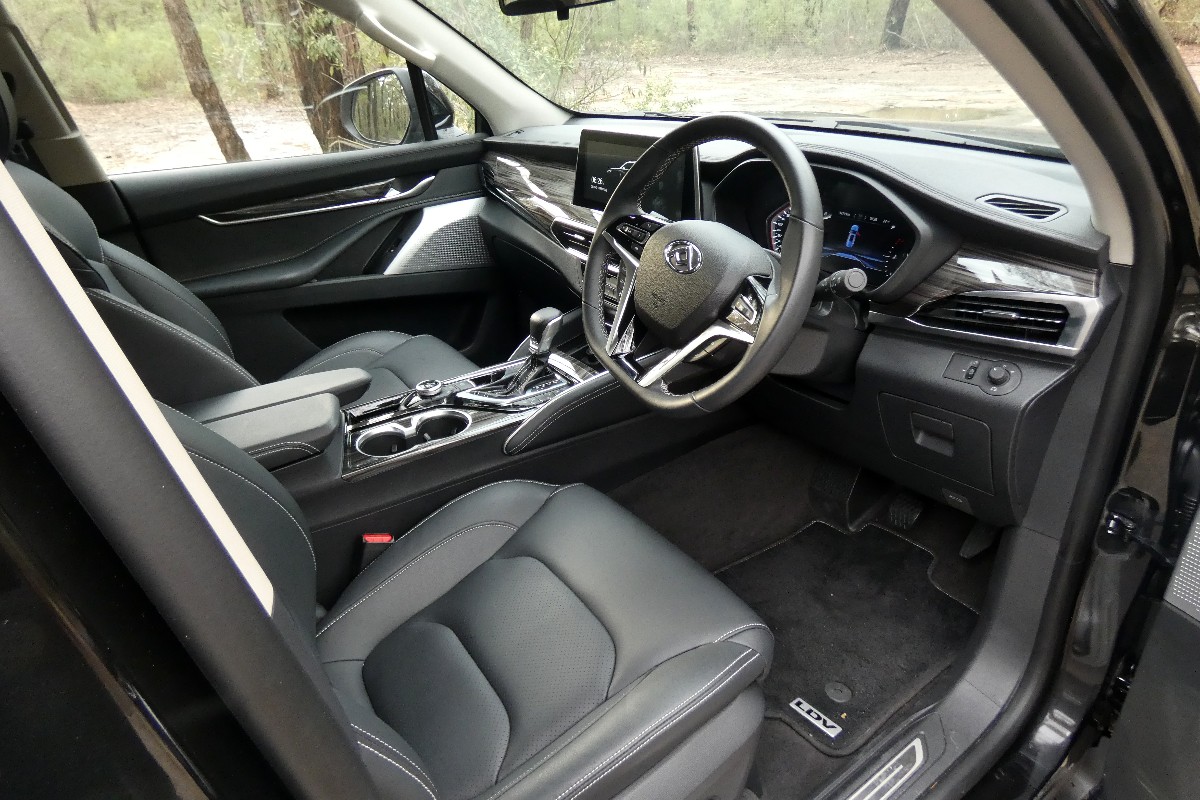 Drive is through the rear wheels in two-wheel drive models and to all four wheels in the 4WD version, with low range and hill descent control available.

All are paired with a 6-speed automatic that features auto stop-start for fuel saving plus Eco and Sport modes.

Ground clearance is a shade less than the ute at 210mm, but it has better entry and exit angles and like the ute wading depth without a snorkel is 550mm.

There’s faux wood trim, but it’s of the grey variety rather than the garish natural tones the Chinese normally seem to favour.

Seats are comfortable, with separate aircon controls for second row passengers and outlets for all.

The third row is relatively generous in size, but realistically still suitable only for younger children.

It packs flat when not required, but there’s not much luggage space behind the third row when in use — with 343 litres of capacity available.

You pull a strp to drop them, while release handles are thoughtfully provided inside the rear tailgate to lower the second row seat backs.

The 12.0-inch touchscreen in this one is much larger and more impressive than that in the ute, but still lacks functionality.

But, again, there’s no DAB digital radio and satnav (what the hell were they thinking?)

You’re expected to connected your phone with a cable to access enhanced functionality, with Apple CarPlay but no Android Auto.

Android phones require an app called EasyConnection, but there’s nothing easy about it.

Of note, we noticed the time displayed on the screen differed from that indicated in the instrument panel at one stage, but we could find no way of aligning the two — the screen remained stuck in the 1970s.

Pairing mobile phones is relatively easy, once you know to look for the name “wandboardxxx” (where did they get that from).

But neither of our phones would reconnect automatically, time and time again — although we should point out there’s a setting for this.

The car is also advertised as having traffic sign recognition, so the current speed limit should appear in the instrument cluster.

But we could find no sign of the signs and no setting that relates to this function.

On road performance is sharp, but you end up paying for this with relatively high fuel consumption.

The idea of downsizing and turbocharging engines is to reduce fuel consumption and restoring performance by force-feeding the engine.

In this context, the D90 still has some way to go.

You can change gears manually, but gear change paddles are not provided.

Changes are generally smooth, but the transmission did become confused on a couple of occasions.

Sport mode is available, but tricky to select and needs to be re-engaged each time you start the car.

Steering, ride and handling are commensurate with any of its high riding competitors, given the inherent limitations of SUVs.

The brakes aren’t bad either.

Speaking of brakes, the adaptive cruise control system is entertaining, to say the least.

The system is designed to automatically keep a safe distance between you and the car in front — whether it speeds up or slows down.

It does so but haphazardly, repeatedly braking heavily.

At one point taking a full three seconds to recognise that a car had entered the lane in front of us, then — you guessed it — braked heavily.

We didn’t get a chance to take this one off road because of the rain and of biblical proportions — but we hear tell it goes okay.

There’s different off road modes available, along with hill descent control and an electronic limited slip rear diff that can be physically engaged via a centre console button.

It takes standard unleaded and we were getting 12.5L/100km, but the run down the motorway to return the car brought that figure back to 11.7L/100km. 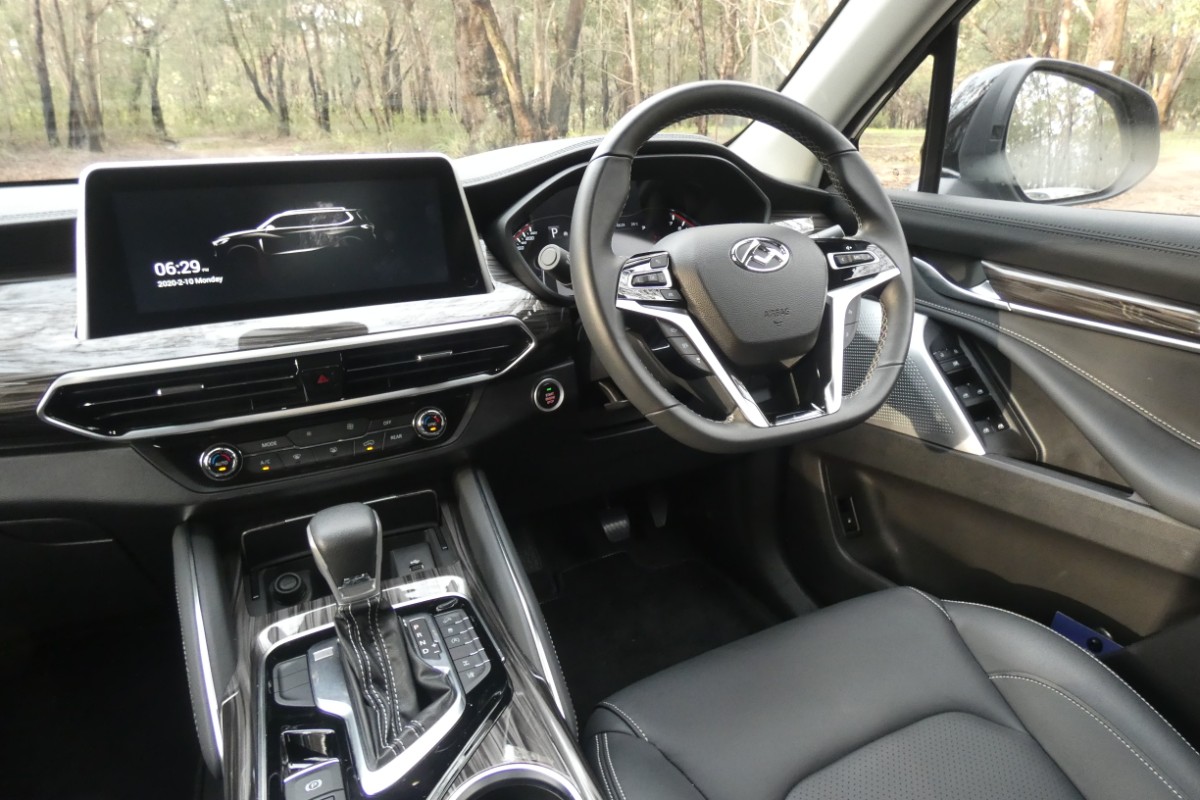 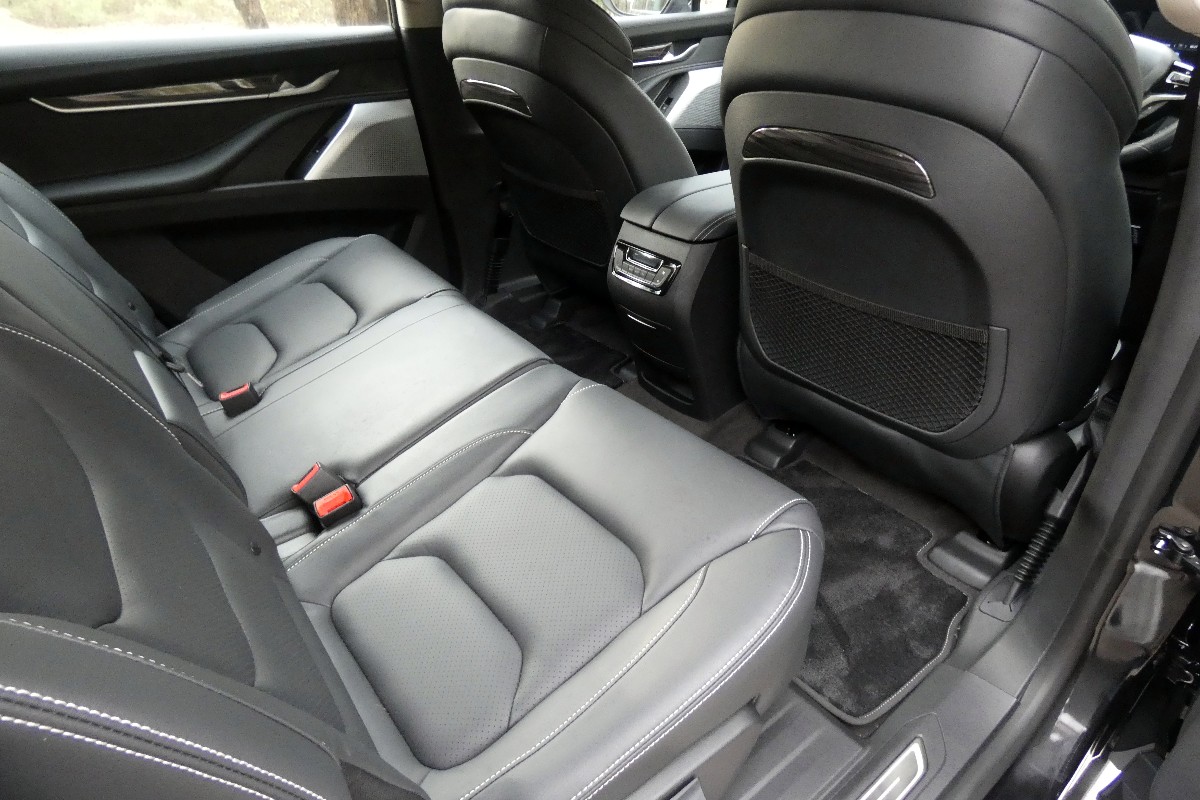 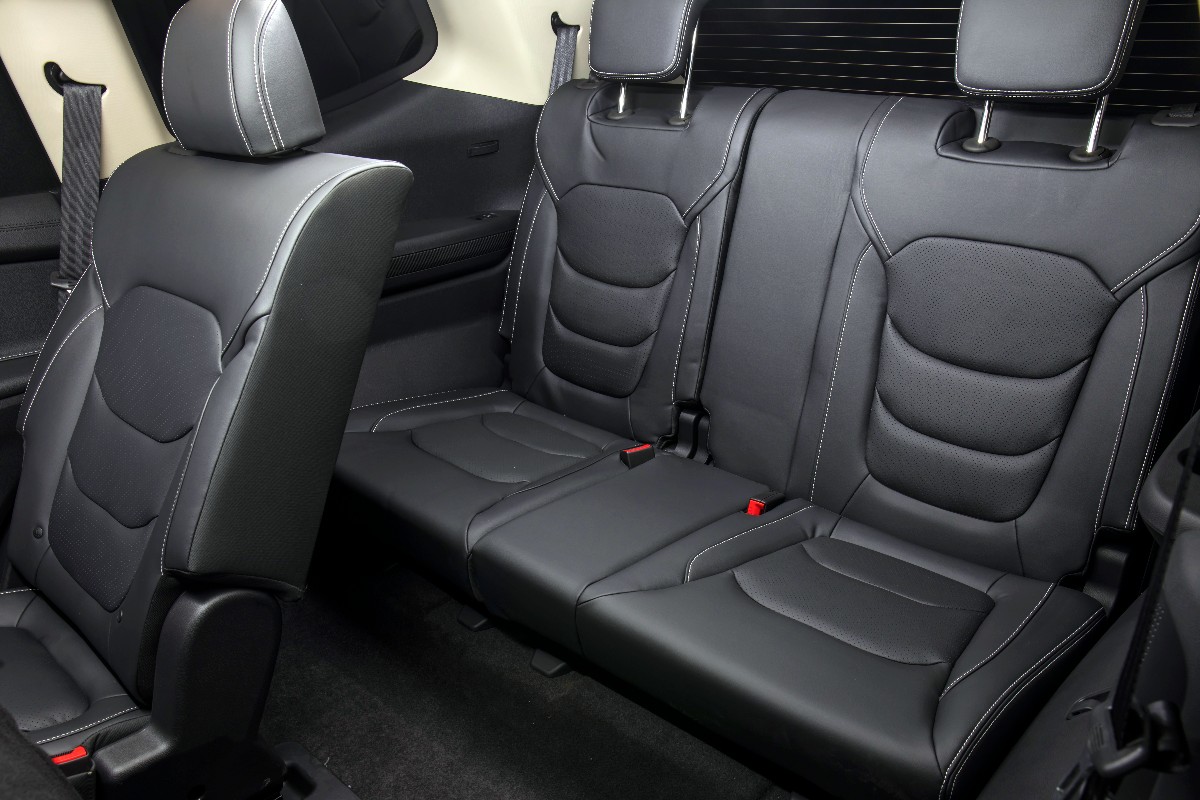 Don’t get us wrong.

The LDV D90 is not a bad car, it could just be a much better car with a little attention to detail.

The D90 represents good value for families looking for something a little larger with some real off road ability.

A diesel option and a better entertainment system with navigation included would go a long way to winning over more customers.

But competitors at this price point are limited.

There’s Great Wall’s Haval H9, which seats seven, has a similar engine and price — but it’s only all-wheel drive. 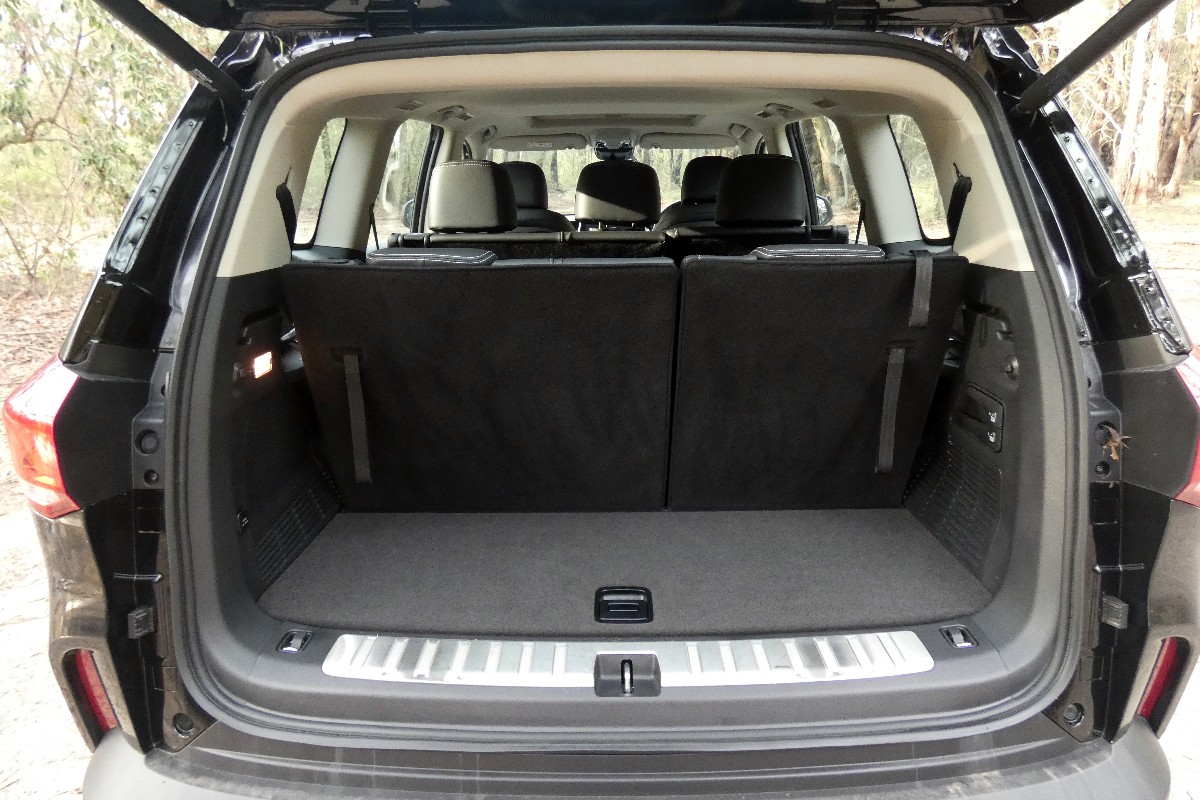 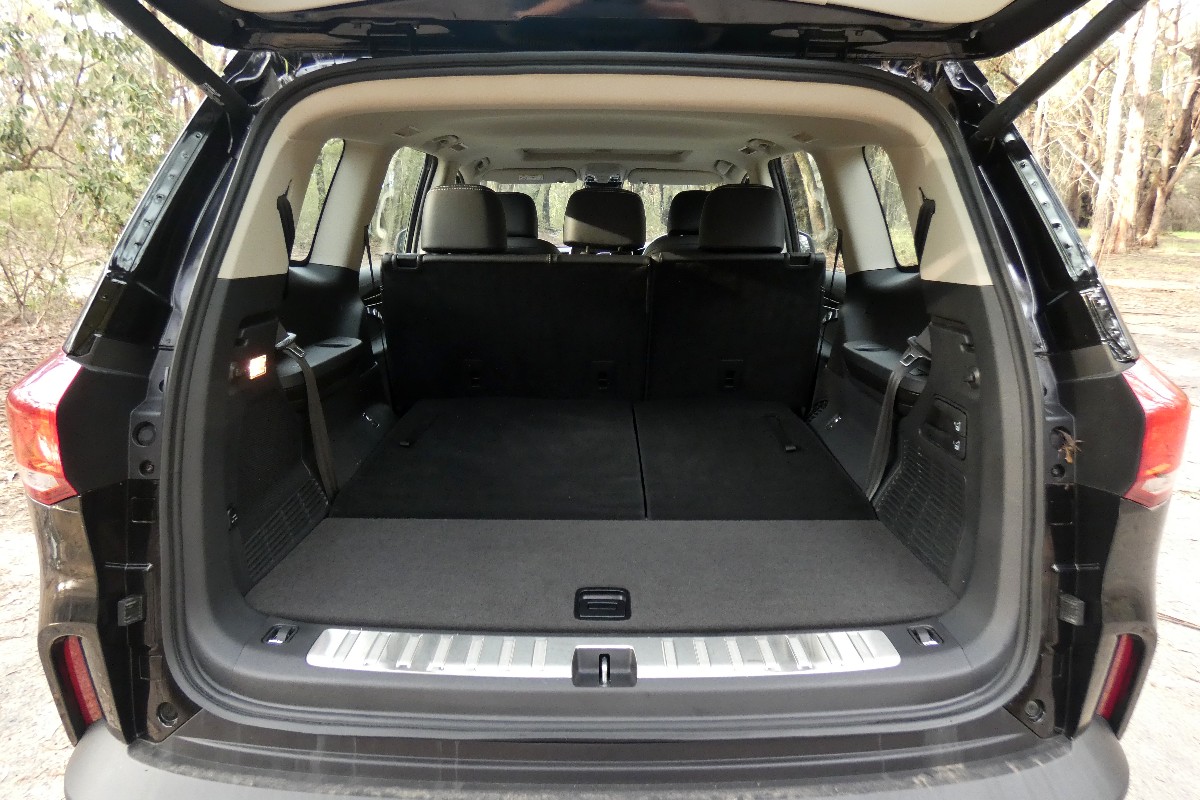 Check out deals on the LDV D90