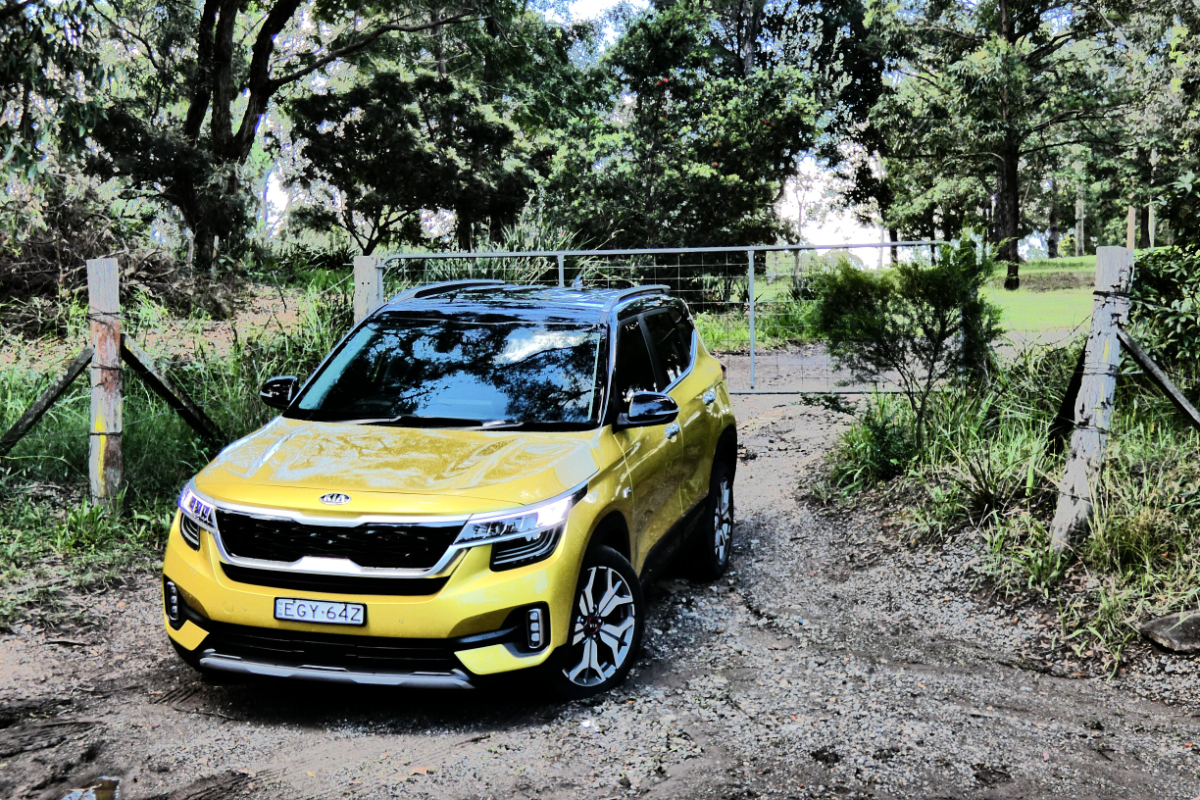 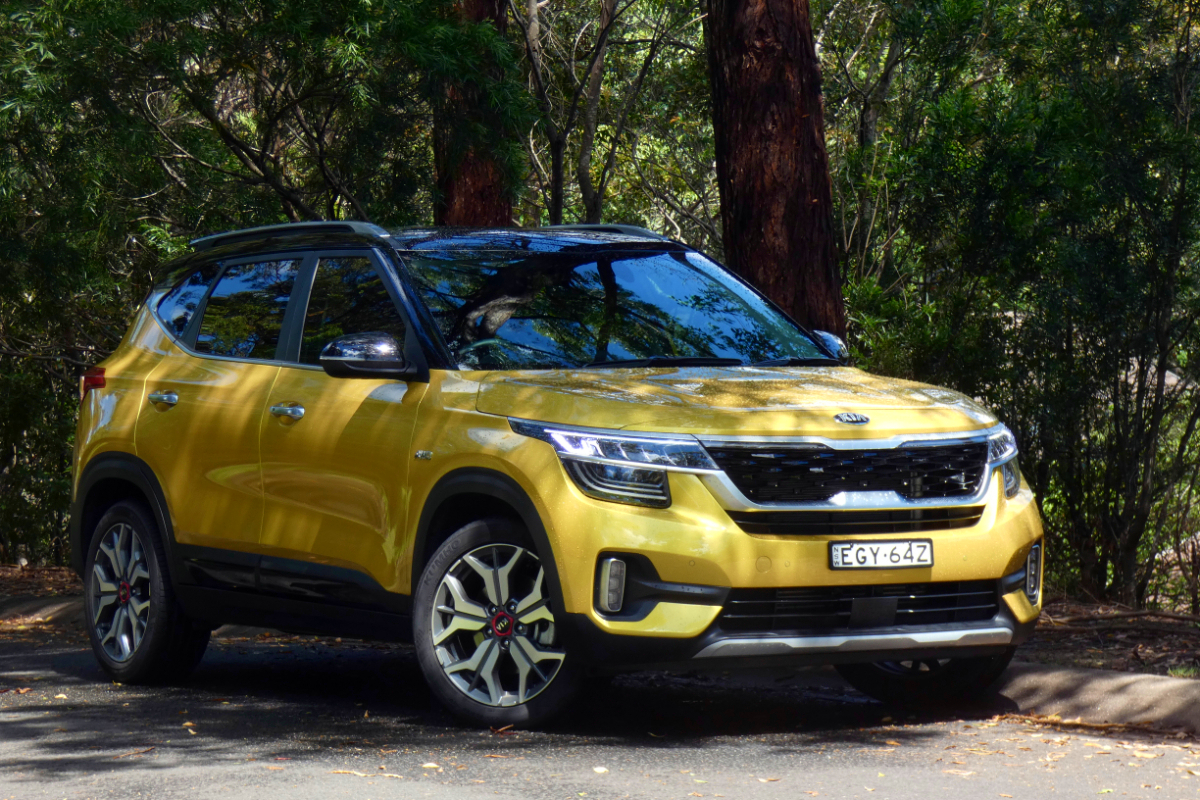 The Kia Seltos is possibly our next car.

The Sportage is getting on and I find the idea of the Seltos somehow very appealing.

It’s taken me some time to catch up with the top of the line GT-Line model which I had the opportunity to drive for an extended period over the Christmas break. 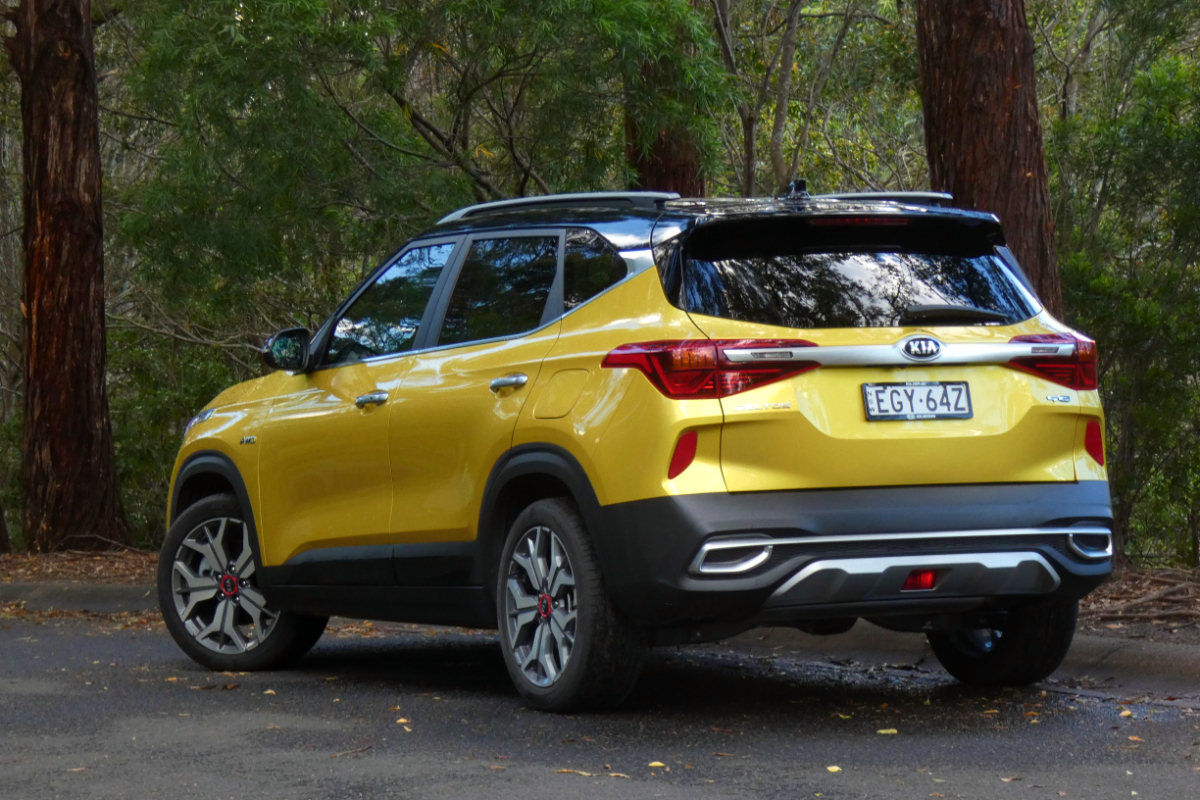 Driveaway it’s $43,290, finished in standard Star Bright Yellow with Cherry Black Roof as pictured — there are no options.

What about a sunroof. It doesn’t have a sunroof. Can you get a sunroof? my wife asked (she’s a big fan of sunroofs and our Sportage has a whopper).

Hang on a minute honey and I’ll explain.

A sunroof is included as it turns out, but alas you can’t have a sunroof and two-tone paint too (ie. the black roof) — not sure why one precludes the other.

Not sure what the last one entails. 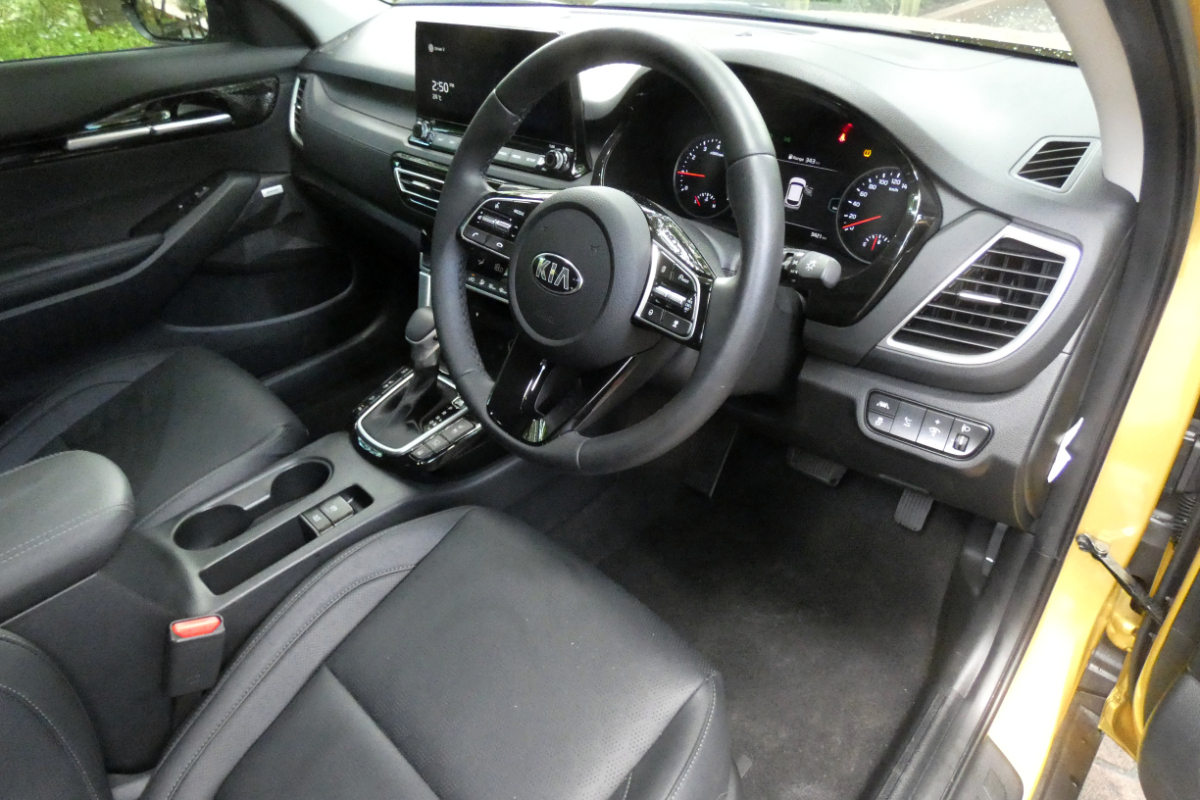 A 1.6-litre turbocharged petrol engine provides motivation in this and the Sport+ models.

It produces 130kW of power and 265Nm of torque, with drive to all four wheels through a 7-speed twin clutch style automatic transmission.

Lesser models receive a 2.0-litre naturally aspirated engine with 110kW/180Nm, which is paired with a CVT style auto — but don’t be put off because it goes okay.

There’s not a lot of difference in size between Seltos and Sportage, but the lighter Seltos does feel less substantial.

Sportage is 110mm longer, 55mm wider and has a 40mm longer wheelbase.

We should mention the Hyundai Kona too, which shares the same platform as Seltos, but is slightly smaller again, with a 30mm shorter wheelbase.

Released in 2109, Seltos was designed by Kia’s new head of styling, Byung Chul-juh, who replaced the man in black — Peter Schreyer.

“We have created a car which stands out,” the designer said.

“It’s robust yet sporty design will be matched by a wide range of features and technologies that no other car in its class will match.”

Donckerwolke later resigned, but apparently he’s back again (but that’s another story).

Getting back to Seltos, it is a demonstrably marginally smaller car, but it doesn’t feel small and ticks the same boxes as Sportage, while being cheaper at the same time.

Our car is a diesel, so naturally we were looking for another diesel.

Even though the GT-Line is petrol-powered, it delivers plenty of performance and frankly outstanding fuel economy — better in fact than our diesel.

For the most part, the twin clutch auto behaves itself.

Surprisingly, however, it is not equipped with gear change paddles.

Usually, Eco mode is dull and lifeless and most drivers avoid it like the plague, but in this car it actually feels pretty much the same.

Seltos is quick through the gears, delivering rapid acceleration and the ability to overtake almost at will.

But at times it displays the jerkiness we’ve come to associate with the twin clutch system over the years.

The main driver of course is lower fuel consumption and here we clocked up 1375km at a rate of just 6.5L/100km.

That included a run out west to a town called Junee where we spent a night in Australia’s most haunted house (that’s another story too).

The weather was atrocious on the run down, with rain, mist and fog in one patch reducing visibility, which by the way is not terrific over the shoulder.

The steering and brakes are good and it handles okay for an SUV.

About the only thing we didn’t like was the poor ride quality delivered by the low profile 235/45 series tyres.

Suspension is Macstrut at the front with an independent multi-link set-up at the rear.

On country roads, the ride in the GT-Line bordered on harsh at times.

And it absolutely crashed through one large pothole that we failed to spot. 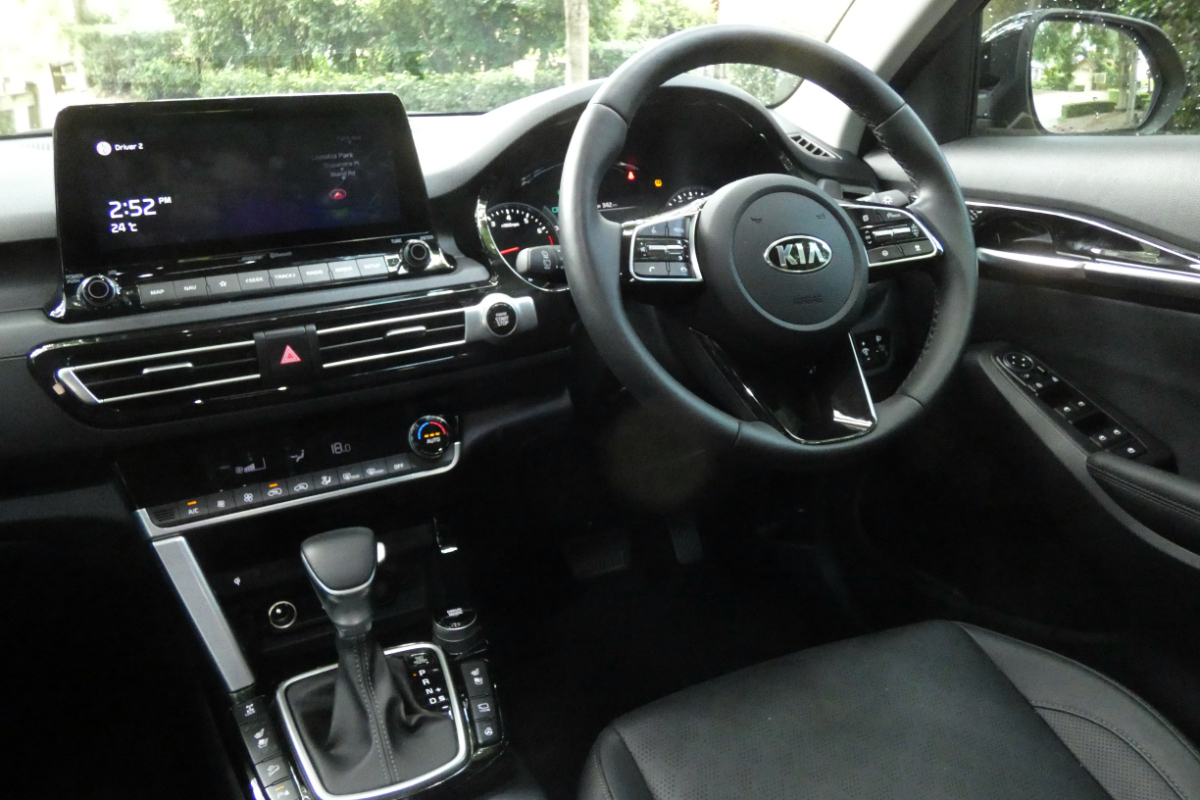 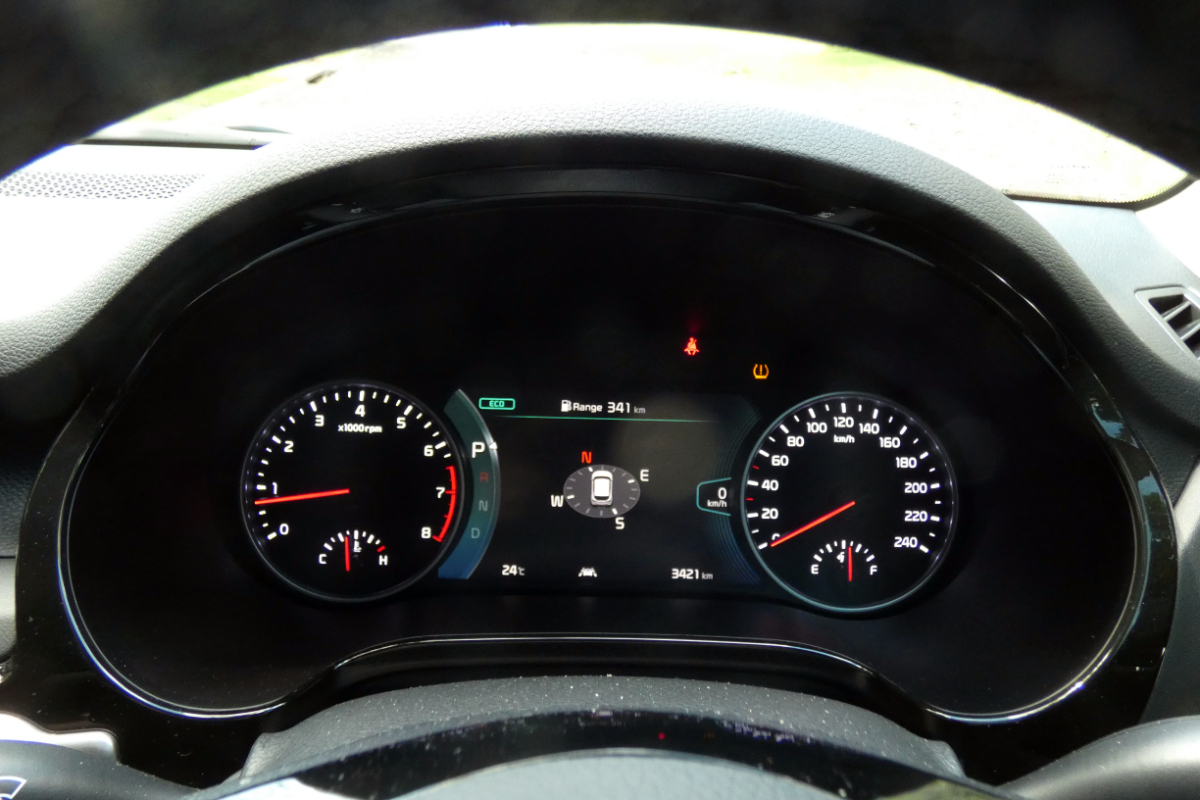 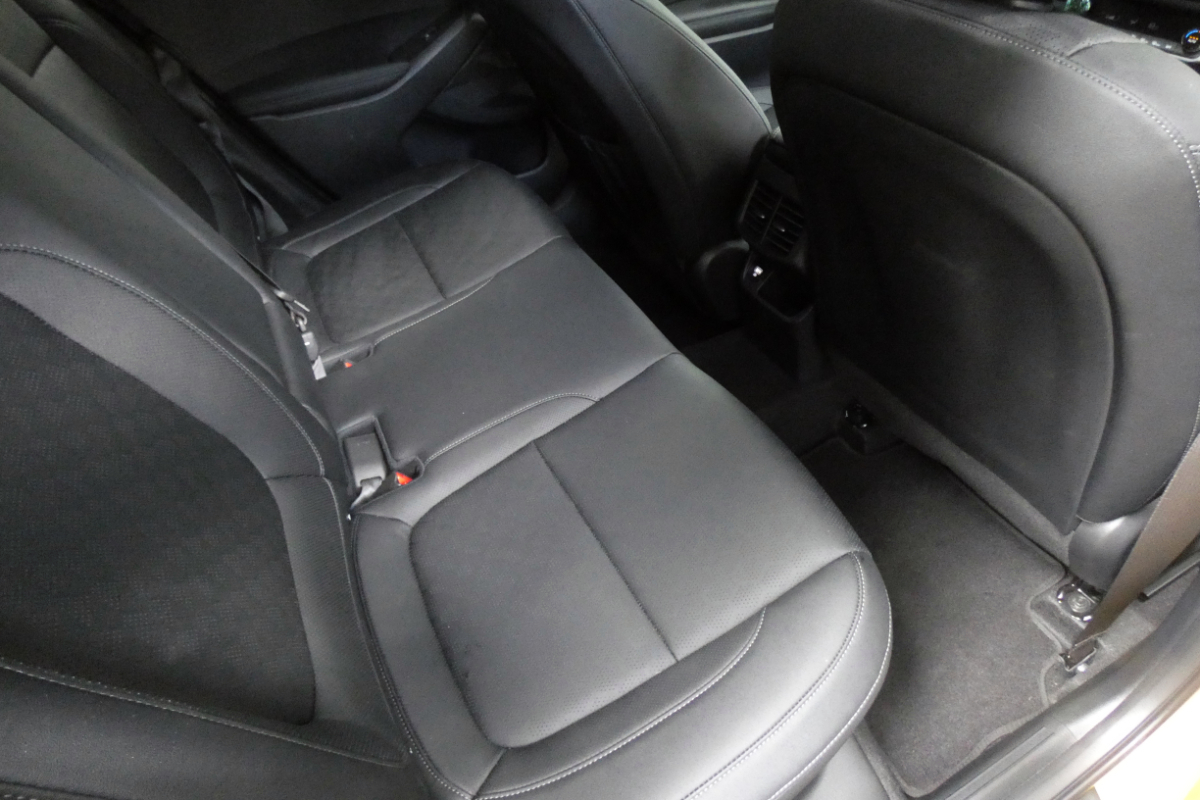 The Kia Seltos in top of the line GT-Line form is very much the complete package.

It looks good, goes good and is good on gas — you might say it delivers the goods.

So that’s a yes from us. 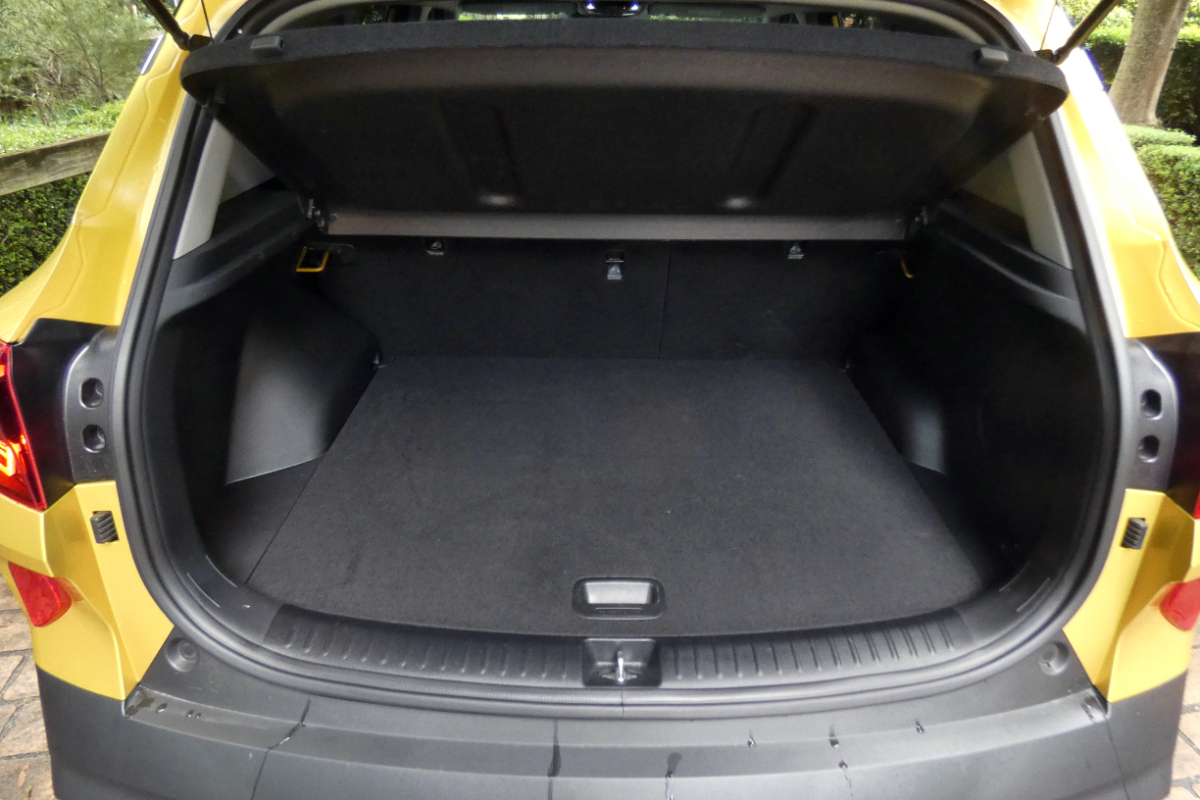 CHECKOUT: Kia Sorento: To tow or not to tow?