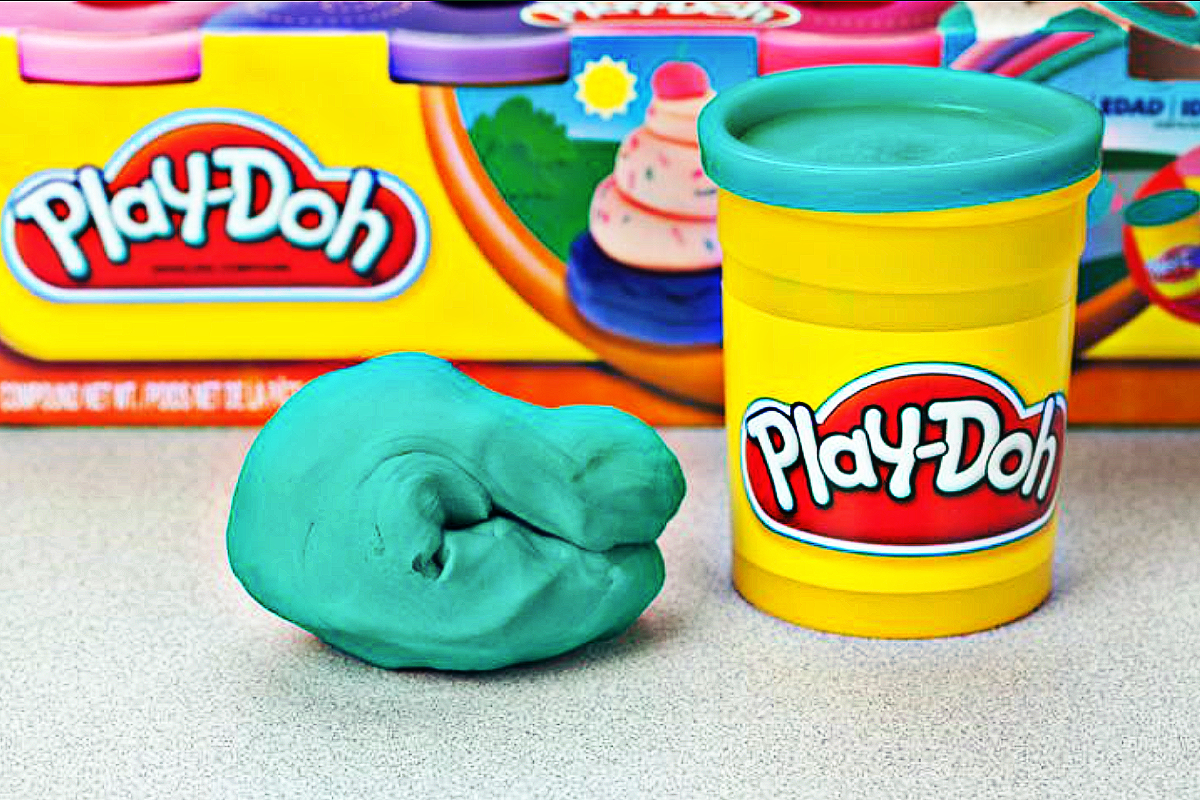 DID you enjoy your Kellogg’s Corn Flakes today, maybe rinse your mouth with Listerine after brekkie? And perhaps drank a Coke after lunch?

Read on and you might find what you use and/or ingest may not have been the intended purpose originally.

Many everyday products have ended up excelling in ways they were never intended to, propelling their inventors to fortunes they could never have imagined.

Ranker’s Melissa Sartore says some inventions have a specific intent behind their development; others have unexpected outcomes and consequences.

“The introduction of a product to the marketplace might completely fail at first, but with some tweaks and ingenuity, change the game entirely,” she said.

“Whether it’s a medicine with surprising side effects or a food that went from libido-tamer to cupboard staple, the stories behind common products aren’t always what they seem.”

Among those are some everyday products, such as Kellogg’s Corn Flakes.

The popular cereal has been kickstarting breakfasts across Australia and New Zealand for more than 90 years, says the website.

‘With delicious, crispy, golden flakes of sun-ripened Aussie-grown corn, Kellogg’s Corn Flakes with fresh milk is a great start to the day. It’s also a great source of vitamins, zinc and iron with no artificial colours, flavours or preservatives. Suitable for vegans.’

However, the cornflakes were initially created to ‘stop sinful self-pleasure.’

Efforts to stamp down sexual desires during the 19th century led to the development of cornflakes by William and John Kellogg.

At the sanitarium where both men worked, they developed a healthy, yet simple, food to give patients — made of plain, dried wheat, corn and oats.

It was also intended to stop them from touching themselves.

Cornflakes were a hit among patients and, although the history of the two brothers and the disagreements that developed between them is fraught with controversy, they received a patent and built a wildly successful company.

Then there’s sildenafil, the chemical name for Viagra.

It was patented by Peter Dunn and Albert Wood, two British Pfizer scientists in 1989.

They had developed a medication for high blood pressure and angina and although initially used as a heart medication, Viagra’s side effects garnered far greater attention.

Even before it was released, the increased blood flow “was pretty widespread through the body,’ and Dr Nicholas Terrett believed they ‘could maybe treat respiratory disease, gastric disease . . . and erectile dysfunction.”

Clinical trials proved the latter to definitely on the ball.

By the late 1990s, Pfizer had rebranded sildenafil and, in 1998, patented it as an erectile dysfunction medication.

During the first year of sales, the company sold more than $1 billion worth of its blue tablets.

As a useful packing material, Bubble Wrap can also be fun to play with.

Neither one of those uses, however, were why Bubble Wrap was developed in 1957.

Creators Al Fielding and Marc Cavannes created it as a textured wallpaper.

Unsuccessful in that effort, Fielding and Cavannes then tried to sell Bubble Wrap as insulation for greenhouses, aptly named Sealed Air.

They eventually found success with IBM, after one of their marketers convinced the company to use Bubble Wrap to cover their computers during shipping.

And so, the product rapidly transitioned to a packaging material.

And while we’re on wall materials, consider Play-Doh.

The popular kiddie’s material was developed by the Kutol soap company during the 1930s to clean walls.

The product, akin to modelling clay, came to the attention of sales rep Cleo McVicker’s sister-in-law.

She used it in her classroom and the idea for Play-Doh was born.

Kutol removed some industrial components from the wallpaper cleaner and began marketing it as “the clean modelling compound for children” in the mid-1950s.

Although the term ‘Kleenex’ has come to be used as a generic term for facial tissue, the original Kleenex products were relatively limited in the scope of their design.

The tissues were targeted to women in 1924 and sold as an efficient, “sanitary cold cream remover.”

Unlike a handkerchief, towel, or comparable item, Kleenex tissues were disposable, affordable, and easy makeup removers.

When Kleenex products were introduced by Kimberly-Clark, they were sturdy and absorbent, and only later became the perfect item to have around when a stuffy nose came along.

Listerine is in many a bathroom around the world.

But it was a surgical disinfectant long before it became a mouthwash.

Developed in 1879 by Dr Joseph Lawrence of the Lambert Pharmacal Co, Listerine took its name from Sir Joseph Lister, a pioneer in antiseptic medicine.

The product itself started as a disinfectant in surgery and as a wound cleaner.

The efficacy of Listerine received a lot of attention during the late 19th century, and it was soon used by dentists to eliminate germs in their patients’ mouths.

The first Listerine mouthwash to enter the public marketplace, however, didn’t emerge until 1914.

Millions of women around the world would be surprised to learn that Kotex sanitary napkins were developed from WWI bandages.

Kimberly-Clark introduced Kotex in 1920 after the same ‘cellucotton’ pads were used on the battlefields of WWI.

According to scholar Roseann Mandziuk, “given the discomfort and inconvenience of cloth pads, and growing expectations that women would work and attend school with their usual efficiency all month,” disposable and hygienic Kotex met the needs of women in the post-WWI period.

Another surprise was the Slinky toy, which had its origins in naval stability research.

During WWII, Richard James worked as a naval engineer in Philadelphia,  for a company contracted to the US government to build ships.

In 1943, he was tasked with solving the problem of keeping navigational equipment from shifting as vessels rocked while at sea.

He coiled up some wires to create a spring and, when he dropped it, saw how it essentially walked end-over-end.

He told his wife, Betty, about the incident, and together they developed a toy based on what had happened.

Graham Crackers, as in US-talk for biscuits, didn’t make it to Australia, but were popular in the US — and still are.

Closest we have to them here are McVitie Digestive.

Presbyterian minister Sylvester Graham intentionally developed what came to be known as Graham Crackers as an alternative to foods that, in his opinion, spurred sexual appetites.

He identified sex as a major evil in society and saw a direct connection between diet and morality.

In his A Lecture to Young Men on Chastity from 1829, Graham advocated for simple foods devoid of anything that could be a “stimulating and heating substance,” such as “high season-food, and rich dishes.”

The bread — and subsequent cracker — Graham developed as part of an austere, bland diet was intended to quell urges.

It poses the question: Did the Graham Cracker inspire the Kellogg brothers? We’ll never know.

And what about the frisbees you see being flung across beaches, parks and schoolyards?

Well, they were started by The Frisbie Pie Company, which opened in Bridgeport, Connecticut, in 1871, owned and operated by its namesake, William Frisbie.

The pie producer sold his products in tin pans that students at nearby Yale University threw around once they were empty, yelling “Frisbie” in the process.

Walter Frederick Morrison and Warren Franscioni produced a plastic version of the pan-like disc, one that flew better than the tin one.

During the 1950s, Wham-O began selling them as Pluto Platters, capitalising on the growing fascination with space and extraterrestrials.

And finally, things may well go better with Coke, but the iconic drink actually began life as a medical tonic.

Developed as a medicine to cure headaches and ease depression, the tonic incorporated the coca plant and the cola nut.

The properties of these meant drink contained both caffeine and cocaine, but the names of the ingredients combined to form the perfect alliterative title for the product, which became the world’s biggest seller of its kind — 3 million a day in 1917, 6 million in 1925 and now 1.8 billion bottles a day.

You can’t beat the real thing. Coke’s current market value is US $202 billion.