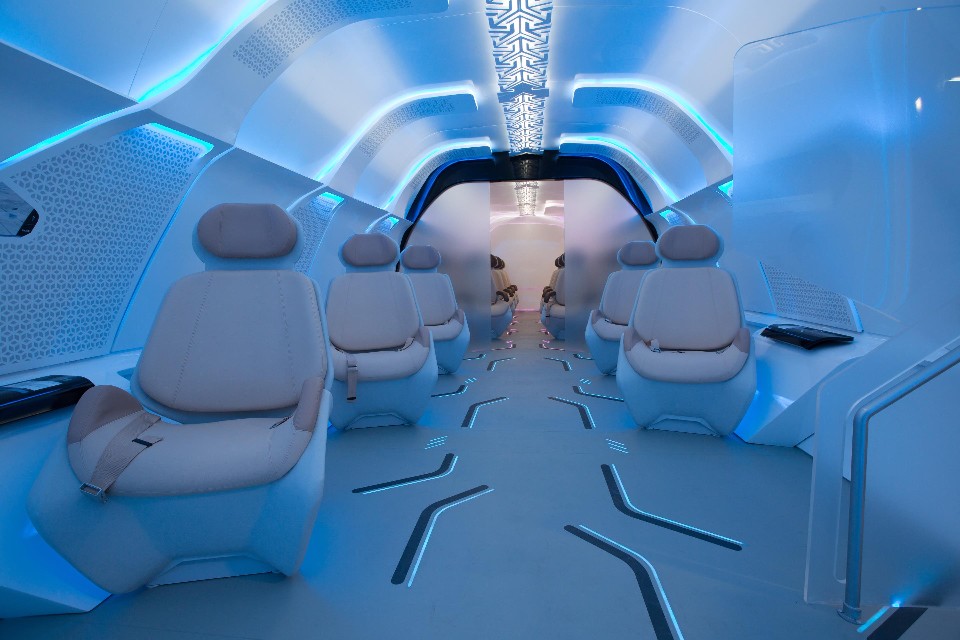 Hyper ride will take your breath away

Home
Toy stories
Hyper ride will take your breath away

Check out this cool design for the proposed Dubia hyperloop.

Who or what is a hyperloop you may ask?

It’s a giant tube or tunnel in which one of these babies will be propelled at warp speed through a vacuum, between Dubai and Abu Dhabi — a distance of 130km.

The idea has been around since Adam, but Tesla’s Elon Musk got the ball rolling when he mentioned that he was looking at a “fifth mode of transport”, calling it the Hyperloop, in July 2012 at a PandoDaily event in Santa Monica, California.

Musk likened the Hyperloop to a “cross between a Concorde and a railgun and an air hockey table”.

He referred to it as a loop because it would go in a circle.

Since then several teams have been working around the world to perfect the concept, racing to get the first vacuum link up and running between two major cities or countries.

Hyperloop One became the first company to perform a full scale test in May last year.

Hyperloop One became Virgin Hyperloop One when Virgin’s Richard Branson made a significant investment in the project in October last year.

Critics of ther concept point out the experience could well be frightening, not to mention being a tempting target for terrorists.

Working with Virgin Hyperloop One, and the Roads and Transport Authority of Dubai (RTA), however, Designworks has helped create a prototype design for the Dubai hyperloop capsule.

The design recently made its global debut at City Walk Dubai as part of UAE Innovation Month.

It’s the first full-scale prototype to be shown to a broad public audience.

Once built, the passenger capsule, electromagnetically propelled through a vacuum tube, where there’s no friction or air resistance, could reach speeds up to 1080km/h, potentially reducing travel time for the 130km from Dubai to Abu Dhabi to as little as 12 minutes.

Virgin Hyperloop One is currently negotiating Phase 2 of the development with the RTA, with the clear aim of building the world’s first hyperloop transportation system in the UAE/Middle East.

Designworks claim to have taken what might at first glance be a very restrictive environment and transformed it into a more personal and uplifting sensory experience that can be both memorable and enjoyable.

The design concept suggests several ways of achieving this, through multi-directional and personally-controlled light, digital displays, and premium comfort – creating a sense of individualised space for each passenger.

In first class, for example, adjustable leather seats feature touchscreens for personal settings for light brightness and color, allowing passengers to shift the light from blue to pink to set the mood.

The seats include integrated heating and cooling, and passengers could enjoy personalised entertainment through built-in displays.