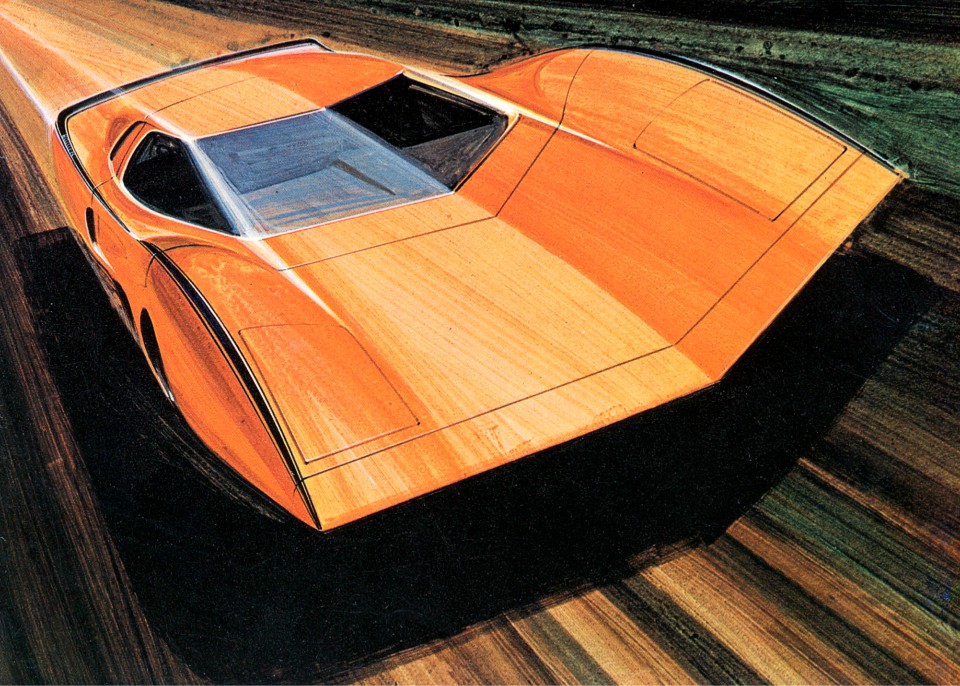 A 50-year old press release tells the story of one of the most amazing vehicles Holden has ever built.

The Hurricane, a one-off concept vehicle was designed and built in the late 1960s to exploit the possibilities of Holden’s ‘‘experimental’’ 253- and 308-inch V8s.

Unveiled in May 1969, the mid-engined, rear-wheel drive wedge-shaped coupe was designed using the latest wind tunnel technology and at 4115mm long and with a wheelbase of 2438mm — it stood just 100cm high.

Some of these have only recently found their way into today’s cars, such as a rear view camera and Pathfinder navigation system.

Unlike production 253s, the Hurricane’s 260bhp (194kW) V8 was equipped with a four-barrel carburettor, with the engine positioned forward of the rear axle.

All four forward gears had synchromesh and were operated by a console-mounted lever.

The research and development section of the engineering department at Fishermen’s Bend designed the vehicle to study design trends, propulsion systems and other long range developments. 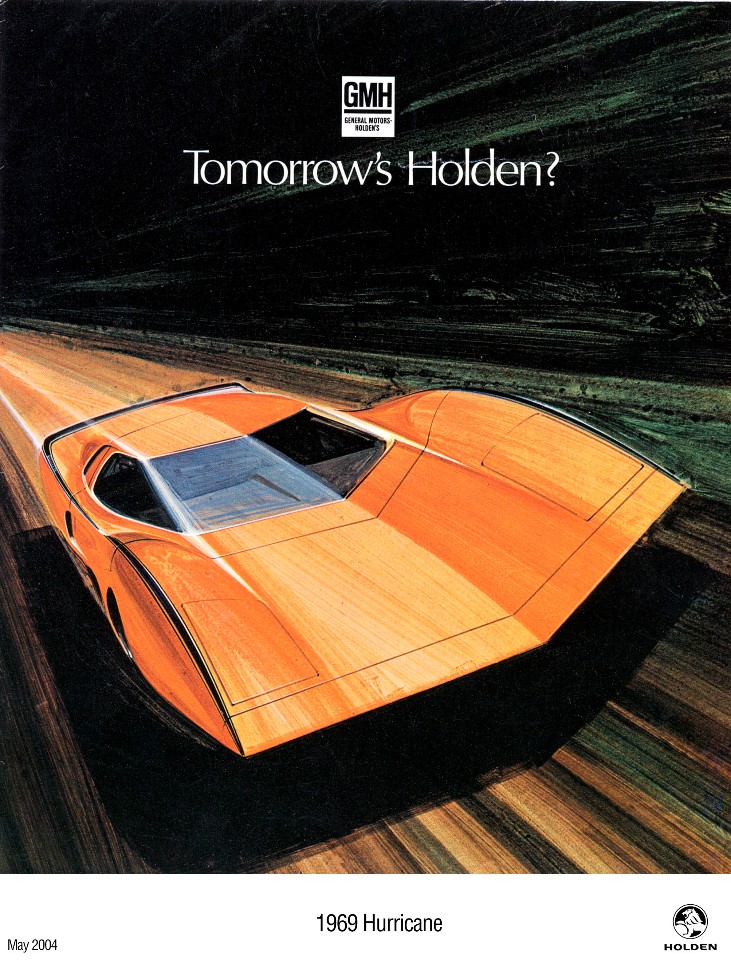 Hurricane had no doors.

Instead the entire forward section of the canopy swung up and forward, combining with power operated elevator seats, to let passengers step nearly upright into the car at armchair height.

The steering column also pivoted upwards and forwards and both seats rose 25cm, making it easier to get in and out.

At a touch of a switch, occupants were lowered 25cm to a semi-reclining position beneath a roof that closed tight above them.

The fibreglass body was finished in what was then an experimental aluminium flake-based metallic orange.

The passenger compartment was designed as a cockpit with twin ‘‘astronaut-type’’ contour seats trimmed in black vinyl.

The two ‘‘astronaut’’ seats were fixed and constructed as one unit, with back rests that extended to provide full head restraint.

The foot pedals and tilt-telescopic steering were fully adjustable, giving the driver complete choice over his control position.

The controls were designed to allow the driver to concentrate maximum attention on the road, with a digital tacho and speedo for instant feedback.

Control buttons for head and parking lights, interior lights and instrument panel dimmer switch were in the roof panel that also contained a loop antenna.

A small television camera with a wide angle lens was installed at the rear of the car and the picture was transmitted to a screen in the console.

The Comfortron air conditioner incorporated automatic temperature control, allowing the driver to pre-set any desired temperature from 18C to 30C.

A major innovation was the Pathfinder, an automatic route indicator system.

Magnetic signals picked up from road senders were compared to a coded tape containing instructions for the shortest highway route to any destination on a freeway network.

The driver got advance notice of forthcoming turns from a panel in the centre of the dash.

A five-year restoration ended in 2011, with the newly restored Hurricane displayed for the first time at the Motorclassica classic car show in Melbourne.