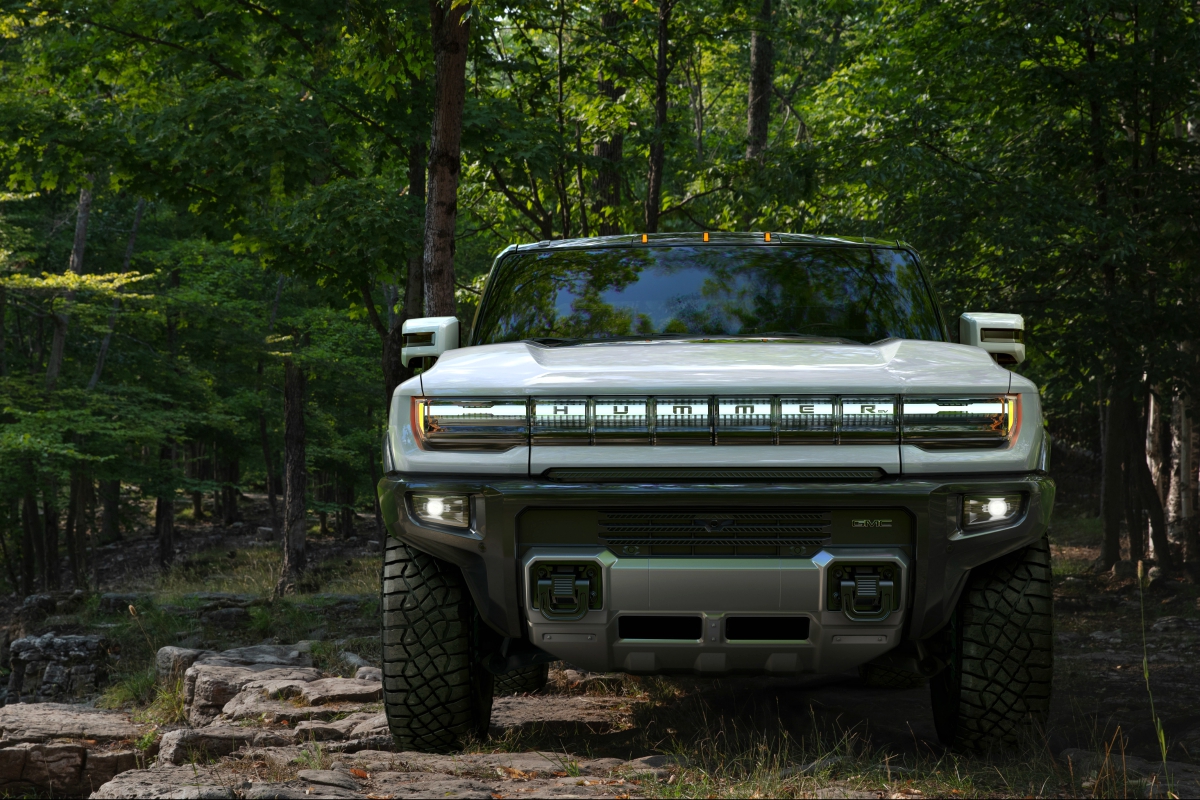 GMC is taking orders for its new Hummer EV with production set to start towards the end of next year.

GMC says the new Hummer defies what the industry thinks of as a pickup truck.

Every GMC Hummer EV Edition 1 will be identically equipped, finished in white with a unique Lunar Horizon interior, with special ‘Edition 1’ interior badging.

The Super Cruise hands free system includes a new automatic lane changing feature that can determine when a lane change is optimal and initiate the manoeuvre, while following signaling protocols.

Hummer EV will be the first full-electric vehicle in GMC’s portfolio and is powered by General Motors’ new Ultium battery system.

Ultium batteries are unique in the industry because of their large-format, pouch-style cells, which can be stacked vertically or horizontally inside the battery pack.

The battery cells will be produced as part of a joint venture with LG Chem, at a new facility, in Lordstown, Ohio.

Edition 1’s three electric drive motors within Ultium Drive will yield a combined GM-estimated 745kW, and when multiplied through the front and rear drive unit gear ratios, there will be more than a GM-estimated 1500Nm of torque available at the wheels.

The unique e4WD drive system with torque vectoring will enable manoeuvrability and traction unlike anything GM has ever offered.

It should allow the vehicle to reach new destinations over the most challenging terrain, with capabilities including climbing 60-percent grades (forward and reverse), scaling 45cm verticals and fording water more than 600mm deep.

This vehicle will offer a GM-estimated 560km+ range based on preliminary testing, with a unique ability to switch its battery pack from its native 400-volts to 800-volts for charging.

A disconnect unit and mechanisation within the pack enables the battery to switch from “parallel” to “series,” allowing it to add nearly 160km of range in 10 minutes of charging.

Initial production is expected to begins in late 2021, at GM’s Factory ZERO Detroit-Hamtramck Assembly Centre that has been repurposed and retooled with a $2.2 billion investment devoted to electric vehicle production.

More information and reservation details are available at www.gmc.com/HummerEV.

CHECKOUT: Electric Mustang has get up and whoa!