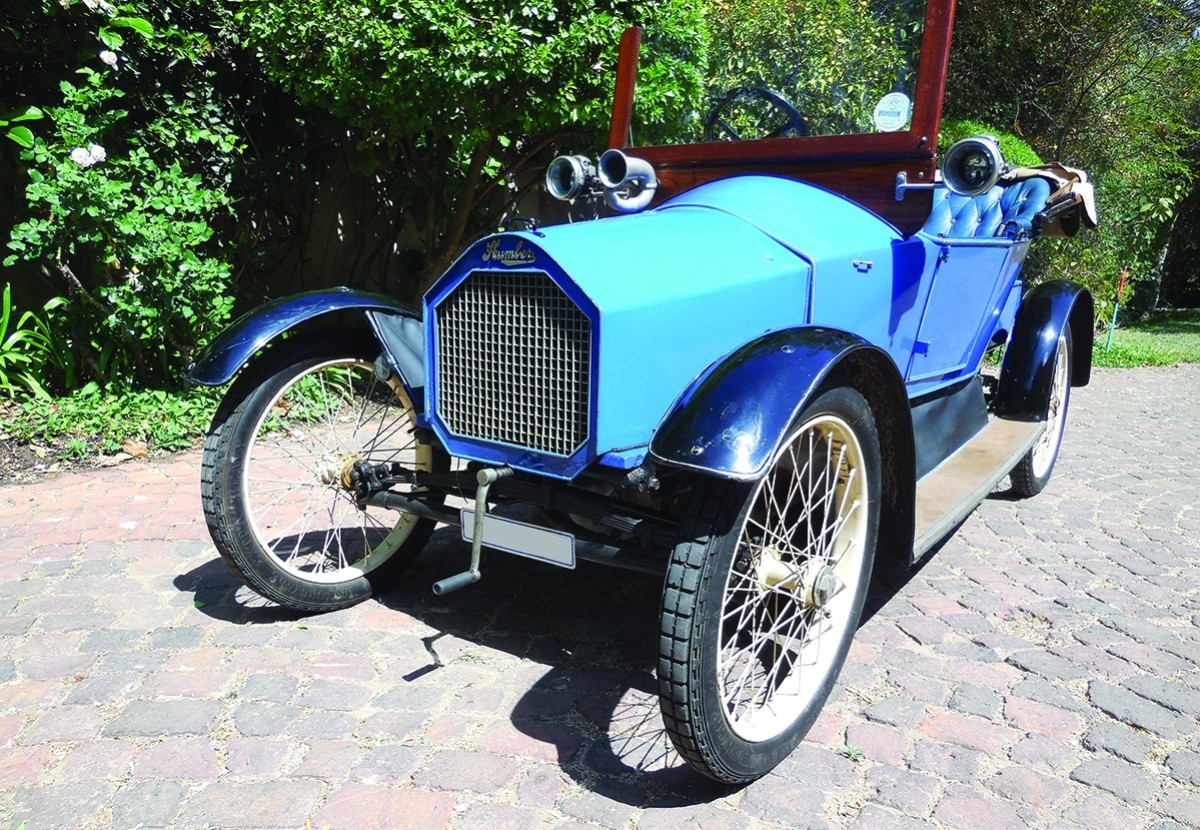 Or are your tastes more in line with Bentleys, vintage and current, Ferrari, a Mercedes Pagoda or maybe a near-original 1960s VW Kombi?

They and many more go under the (auctioneer’s) hammer on Saturday, November 23, so that doesn’t leave much time to get your airplane ticket to Johannesburg.

The auction is being conducted by Stephan Welz, previously known as Sotheby’s, and there’s a stellar line-up of classic and vintage cars that have been in private collections for years and that are rarely seen for sale.

More than 40 lots of cars and automobilia will be sold at the Killarney Country Club.

Highlights include a veteran 1911 Fiat phaeton in pristine condition, a 1913 Humber, several classic Rolls-Royces and an ultra-rare 1936 Derby Bentley.

The latter,  also referred to as ‘the Silent Sports Car,’ once belonged to Viscount Curzon, the 5th Earl Howe.

He made his racing debut at the comparatively old age of 44, drove a variety of cars, among them Bugatti and Alfa Romeo, raced six times at the 24 Hours Le Mans, once with an outright win, and co-founded the famous British Racing Drivers’ Club with Dudley Benjafield in 1928.

He served as its president until his death in 1964.

Under his 35-year stewardship, the BRDC went from a private dining club to one of the most successful and high-profile motor sport associations in the world.

More up-to-date Bentleys on auction include a brace of Bentley Continental GTs, one of them a GTC.

Other Mercs include a beautifully restored  220S Ponton, an equally enticing W108 280SE and a red Ferrari 308 similar to the one Tom Selleck drove in the Magnum PI television series.

Stephan Welz says the sale promises to attract enthusiasts, collectors and investors from across the spectrum with a treasure trove of rarities to suit a variety of tastes and budgets.

If the classics threaten to kill your budget, there’s also a 1950s kiddie pedal car.

The 1913 Humber is a blue two-seater with dark leather interior and it’s powered by a somewhat bewildering engine.

The brochure describes it as a ‘De Dion-type air-cooled single cylinder V-twin’ — make of that what you will.

An immaculate 1956 Jaguar XK 140 SE fixed-head coupé comes with a Jaguar Heritage Trust Certificate and bids are likely to around the $170,000.

The 1981 Ferrari 308 GTSi is finished in rosso corsa with tan leather upholstery and comes with its original toolkit, some books and comprehensive recent service history.

The transverse 2.9-litre mid engine V8 with 5-speed manual shift is said to be good for 226km/h, plus it’s registered and licensed.

But the one you really want is probably the rather special and probably unique 1911 Fiat, the four-seater Torpedo model.

Despite its Italian chassis and power unit, it was actually built in the UK by the Brighton Motor Coach Works, which explains the radiator cap with the Queen’s Crown at the top and the Union Jack in the centre.

The car comes with a major archive of documents confirming its provenance and originality and it’s the only known example in South Africa.

If you can’t attend in person, you can bid by phone or online.