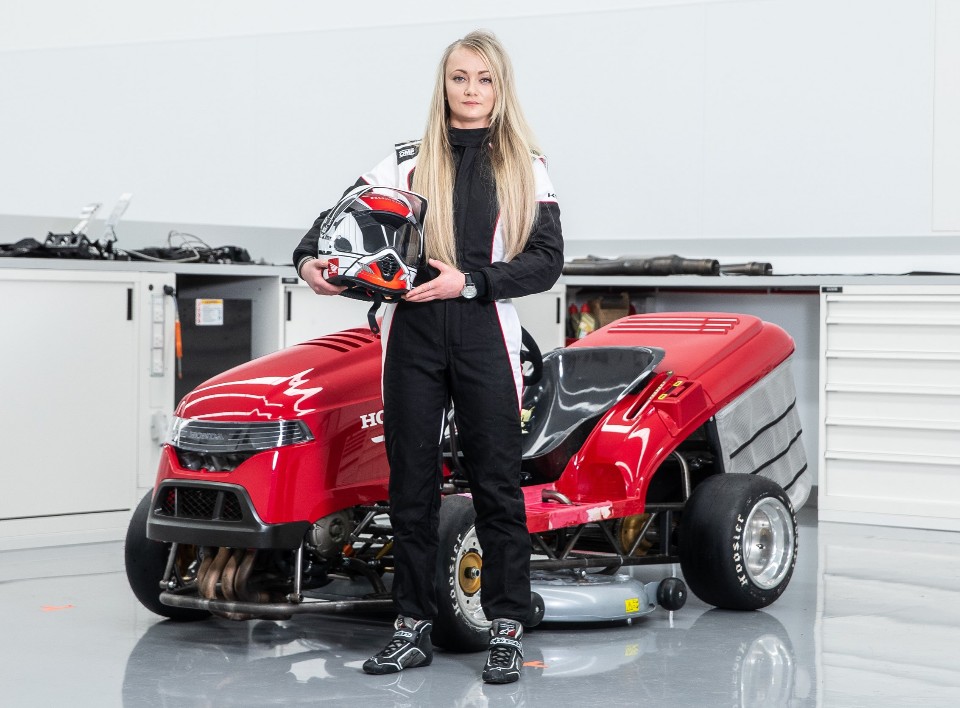 Honda has reclaimed the record for the world’s fastest lawn mower.

The new record was set at the Dekra Lausitzring, near Dresden, Germany, under the watchful eye of an  adjudicator from Guinness World Records .

As part of the record-breaking attempt, Honda also had to show the Mean Mower V2 could still cut grass (or it wouldn’t be a mower).

At the heart of Mean Mower V2 is a 999cc four-cylinder engine from Honda’s high-performance CBR1000RR Fireblade SP motorcycle which produces 150kW at 13,000 rpm.

It packs almost double the power of the original Mean Mower, with a super-light frame and engine dry weight of just 69.1kg — a better power-to-weight ratio than the Bugatti Chiron.

To meet Guinness requirements, the mower had to record the same run, in both directions, within 60 minutes – with the average acceleration of these two runs taken as the official time.

The team also took the opportunity at Lausiztring to put Mean Mower V2 through its paces on a longer run to see what it is really capable of, recording an incredible top speed of 242.99km/h.

CHECKOUT: This mower will get the job done quickly