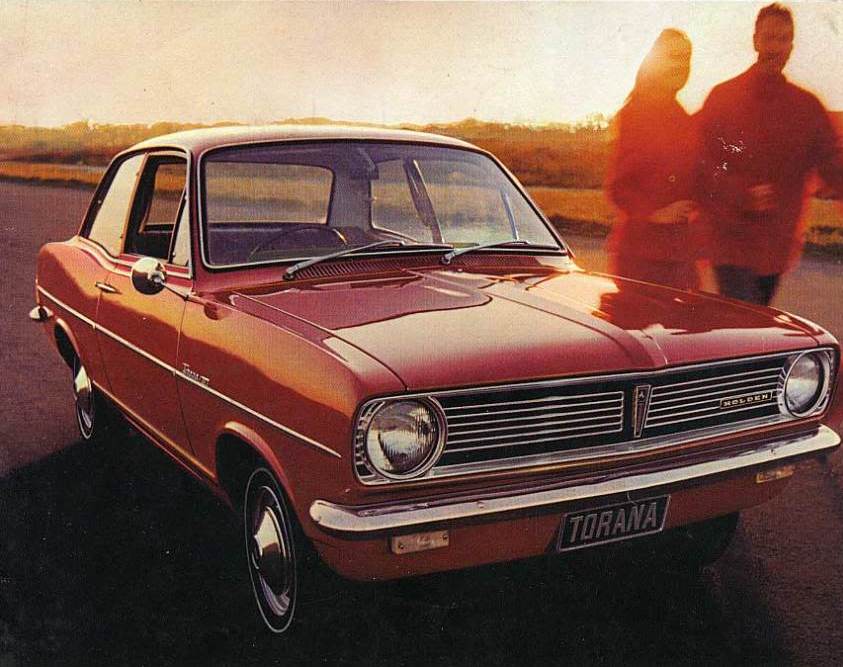 In a world where most cars are now branded by letters and numbers, mention the name “Torana” and you are sure to evoke a passionate response.

The 50th anniversary of this fabled brand was back in May this year, though I doubt you heard any celebratory noises  over at Holden. But we should have, because the Torana story is a success story. And Holden needs success stories right now.

From its humble beginnings 50 years ago, Holden grew the Torana franchise from a small 1.2 litre four cylinder two door into an icon.

First released in Australia in 1967 everyone knew the Torana was a rebadged 1966 Vauxhall Viva, coded the “HB”

What is less known is that the HB Viva/Torana was styled in just one afternoon !

Cars normally take up to two years for their design to evolve, but not this little baby.

The guy who drew it in record time is Leo Pruneau, the former Design Director of Holden.

Leo picks up the story. “I was an Assistant Designer in the GM advanced styling studio in Detroit in early 1964 working on what would become the Chevy Comaro. One day the fibreglass prototype of the 1966 Viva was brought into the studio for GM’s boss of styling Bill Mitchell to review. The head of styling for Vauxhall, David Jones, had flown over from London to be there too.

“Well, Mitchell walks around the car three or four times. It was a boxy little thing and we knew right away it was not going to find favour with him. So Mitchell starts to ask lots of questions about various aspects of the styling and by the time he’d finished he’d basically dissolved that car into nothing.”

“Anyway, it’s about lunch time now, and Mitchell turns to me and says ‘Pruneau, David and I are going out to lunch. We’ll be back at 3pm.We want to see an alternative design drawing, full size’.”

“Now usually just one of these full-size drawings takes about two weeks to develop because you try out ideas, and make changes. So I drew just one car with a coke-bottle side styling motif “

“When Mitchell and Jones came back, Mitchell took one look and says ‘That’s it! Wrap up that drawing and David can take it with him on the plane tonight’. “

Leo says that the next day Mitchell sent him to Vauxhall for six months to ensure “they do it exactly like you drew it”.

Those six months turned into six years after which Leo was transferred to Holden as Design Director, where he found the Viva had morphed into the Torana and one of models was called an XU1.

Not bad for a car that only took three hours to design!

Leo went on to direct the design of the LC/LX/UC Torana .Holden sold almost 200,000 of them.

At its zenith the Torana represented many things many people: two and four doors, hatchback and sedan, four, six and eight cylinder engines, manual and automatic, family car and winning race car. You name the demographic and market segment and Torana had it covered.

It’s the kind of car I bet Holden wished they had now.