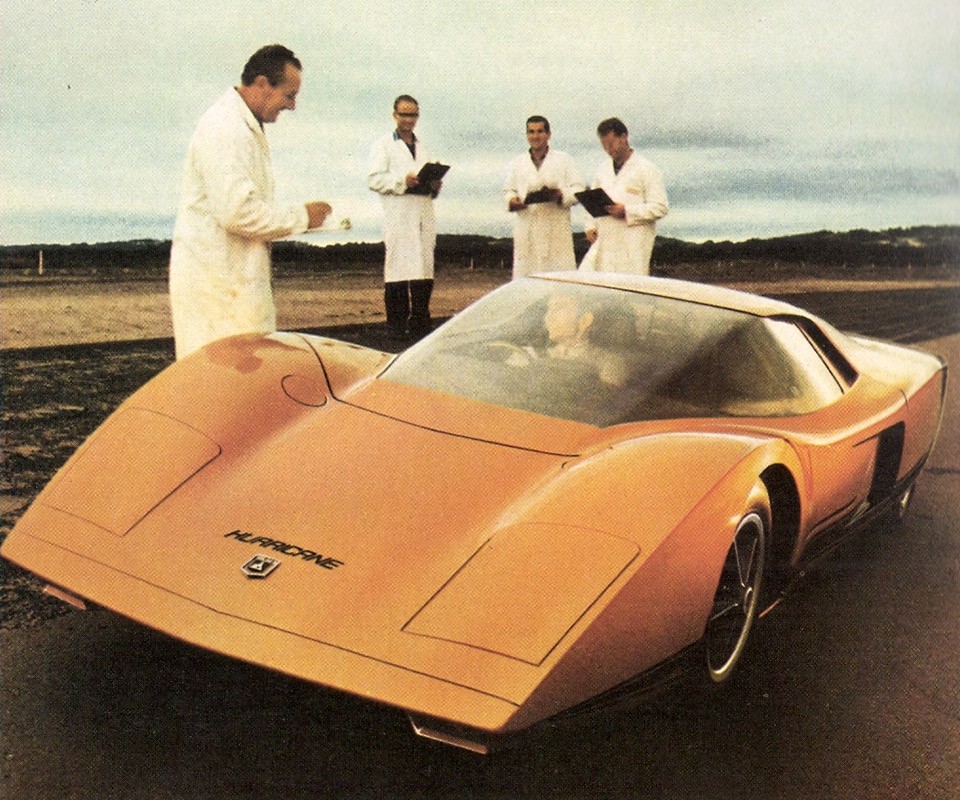 It is 50 years since Holden unveiled its futuristic Hurricane dream car.

It was a different world in May, 1969 when the Hurricane was first shown.

The Apollo 11 mission to the Moon was eight weeks away from landing Neil Armstrong and Buzz Aldrin on the lunar surface.

As a fully fledged car-maker Holden was barely 21 years old.

The EH and HD Holdens were the most common trade-in on an HT Holden.

And its styling was super car svelte.

The car’s inertia reel seat belts, mandatory now, were a revelation at the time.

A fully operational rear view TV camera overcame the fact it had no rear window.

The real eye opener was the lack of doors.

Instead there was a one-piece clamshell roof canopy operated by hydraulic lifters.

When the canopy was raised the seats were electrically lifted by 25cm to ease entry.

Hurricane sat low to the ground.

Less than a metre, in fact.

The styling of the Hurricane is somewhat clouded.

We spoke to John Schinella, who was the Assistant Design Director at Holden when the Hurricane was being developed.

He recalls the original shape was penned by Don DaHarsh at GM’s design studios in Detroit.

A scale model was made and sent to Holden.

The local design team took Don’s basic shape and blended it with local ideas, including a 1966 styling proposal of a young Phillip Zmood (who would become Holden’s design director 17 years later) — to deliver what we know today.