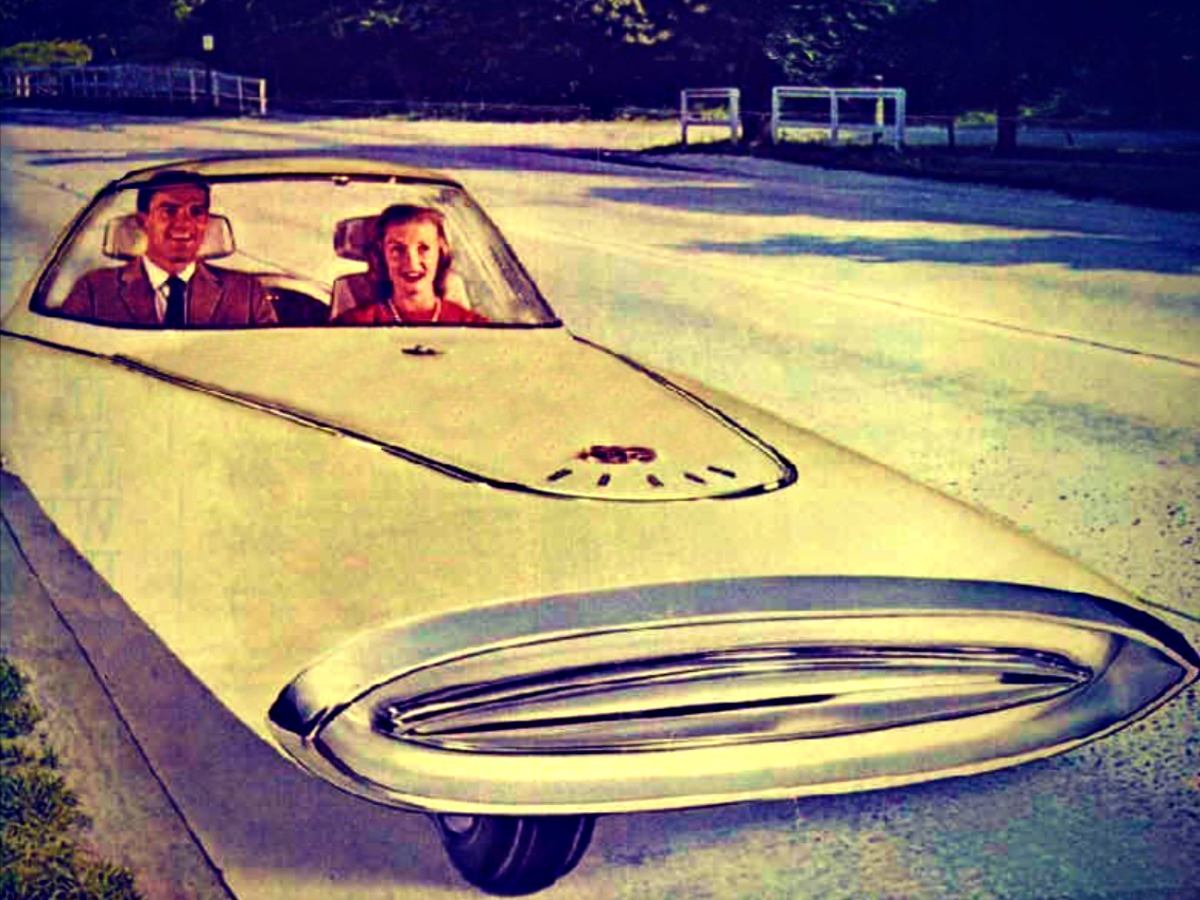 In the 1950s and early ’60s General Motors, Chrysler and Ford raced each other to develop increasingly outlandish dream cars which they claimed we would drive in the future — Ford’s most wacky car was the 1961 Gyron.

It was developed to counteract the enormous amount of publicity that General Motors had generated with its winged, finned and jet-engined Firebird III.

Not content with four wheels, Ford designer and Gyron champion, Alex Tremulis, insisted the car have only two of the round objects — one at the front and one at the back.

Balance was achieved by gyroscopes, or so Ford’s PR department said.

Trouble was, keen-eyed observers noticed two small wheels dropped from the sides to support it.

“Only used when parking,” was the PR reply.

Gyron was big, at 5.3 metres in length, but it held just two occupants.

They sat side by side in moulded plastic chairs that look like those stackable things you sit on in the beer garden at your local pub.

Entry and exit was via a clear plastic canopy that could be raised and lowered electrically.

All the usual space age gadgets were said to be on board. Steering was via a small console-mounted dial.

No one really took the Gyron seriously. Those who saw the car knew that it was never destined to sit alongside a Falcon in a showroom.

He’d started his career with the US Air Force, styled the 1941 Chrysler Thunderbolt dream car, and worked on the concept of military flying saucers.

Alex became the chief designer for the ill-fated Tucker automobile and then joined Ford where he worked in the advance styling studio.

The original Gyron, which was red, was destroyed in a fire in 1962.