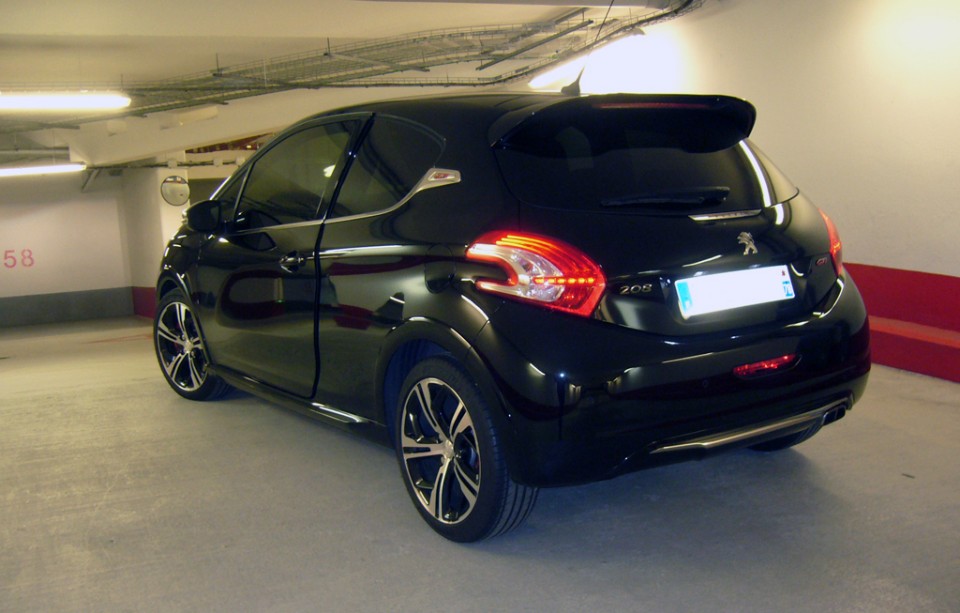 GTi puts a smile on your dial

Home
Test drive
GTi puts a smile on your dial What is it it?

It’s the latest in a long line of small but grunty hatches from French car maker Peugeot.

The pugnacious . . . erm . . . Pug,  comes complete with turboed 1.6-litre engine, slick six-speed manual and a kerb weight of under a tonne. And Peugeots now come with a five-year, unlimited kilometre warranty.

It’s tiny, with a sub four-metre overall length, but Peugeot has managed to shoehorn in a 2973mm long wheelbase.

This equates to decent front legroom, but it’s a compromise for the two rear seats.

Outside it’s smooth and curvaceous, much like a French supermodel.

At night the rear tail lights glow a deep red and feature a claw motif.

Beautiful as it is outside, it’s inside that its compact size subtracts from the overall experience.

Three doors means there’s only two for entry and exit and they must be slid forward for access to the rear seats.

There’s a little lever on the outside shoulder of the front seat that pushes up. This unlocks the seat back and allows tilt and slide.

There’s a similar lever at the bottom too. The top one is okay but the lower one doesn’t relock the seat, leading to unexpected sliding if forgotten and driven.

What this also means is that rear seat legroom isn’t great, nor is the cargo area behind the seats.

It’s 285 litres in capacity with the seats up and it’s a struggle to securely fit a weekly shop for a family of four, without having to drop one side.

It is, though, 20 litres larger than the boot in the Suzuki Swift Sport.

Up front it’s somewhat better. Peugeot goes for something it calls the i-cockpit — some reviewers don’t like it, some do.

The design has the binnacle housing the dash dials sitting above the leather clad steerer, so depending on the driver’s height, it may impact how the display is seen.

The binnacle itself has a switch to outline it in a demonic red that matches the straight ahead stripe at top of the tiller and the sports seats.

Android Auto and Apple CarPlay are also included, as is Voice Activation and Bluetooth streaming.

But it’s a key, not keyless push-button start. Peak torque of 300Nm arrives at 3000rpm but there’s no lack of twist below that.

It pulls nicely once a head of steam is built up, but go off the line isn’t quite as electric as anticipated.

The manual is a delight.

The pickup point from the clutch is intuitive, the selector mechanism is rifle bolt smooth, and has that schnick schnick feel that a good manual selector needs.

That squat wheelbase has a lot to do with how easily the 208 GTi can be thrown around.

The suspension is family friendly too, although this might sound at odds with a sports hatch.

It means it can be driven as quietly and gently as you like or with verve and vigour.

Stopping power has always been a strong point of Peugeot’s small hatch range and the 208 is no exception.

Economy-wise our test finished on 6.3L/100km, from a quoted 5.4L/100km. That’s a quoted combined figure where the test drive was purely urban. The latest in a long line of sporting hatches from Peugeot doesn’t really disappoint, but the sharp edge that once defined this one has been blunted, enough to bring it into the mix — not stand out from the mix. Check out deals on the Peugeot 208 GTi