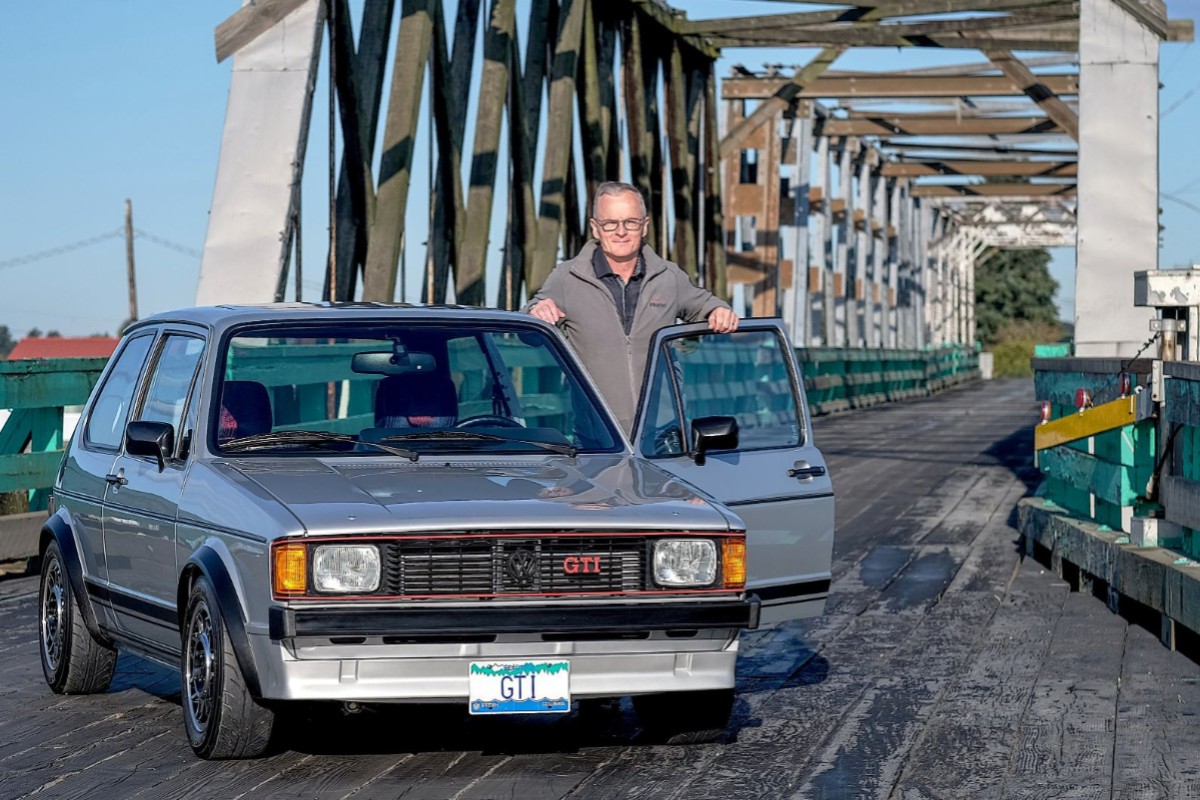 GTI a real labour of love

Over the course of seven years, Derek reckons he’s spent more than 12,000 hours restoring and modifying the c.

It’s all documented in over 180 videos on social media, ranging from his descriptions of basic electrical wiring to installing a modern digital dashboard in a vintage vehicle.

And, what’s even more remarkable — he no longer even owns the little Rabbit (that’s what they call them in the States).

The GTI was the first car purchased by Derek as a 21-year-old college student in Ontario, Canada.

He was among Canada’s first buyers of the model, which arrived that year with a 68kW engine and stiffened suspension.

“All the automotive magazines had the GTI on their cover, saying that it was the car everyone had to have,” he said.

In the summer of 1984, Derek and his now-wife, Cheryl, drove down Highway 1 from Vancouver to San Francisco and back in the GTI.

When Derek, a former CEO and venture capitalist, turned 50 in 2011, his fond memories of the car prompted him to chase the dream of customising a GTI in extreme detail.

“I thought, ‘Wouldn’t it be fun to go back to the first car I had as a young man and revisit that time in my life?’” he said.

“My goal was for the car to feel and drive like an original Mk1 but with modern capabilities.

“I wanted to show that you can take an old car to the point where it operates like a supercar — without taking away the fun factor.”

Although he sold his original GTI decades earlier, Derek found another that matched his original with the same build date from 1983.

He bought it and got to work, spending long hours in the garage at night and on weekends, methodically taking apart and elevating every aspect of his beloved GTI by hand.

Over time, Derek boosted the acceleration, chassis rigidity, corning and braking performance, acknowledging his perfectionism complicated and lengthened the process.

“I wanted the car to be versatile and flawless with its mannerisms and behaviours,” he said.

Derek also wanted a track-capable engine for his GTI.

Working with an engine builder, he designed a custom engine, avoiding the easy route of turbocharging in favour of naturally aspirated power that helped save weight.

When mated to a custom cooling system, the engine generated roughly 164kW.

Carefully documenting each step of the process online, he quickly grew a following.

Passionate Volkswagen enthusiasts and classic car hobbyists from Sweden to South Africa began following his journey and sent him encouragement, questions and advice.

Some followers even offered to send Derek rare parts for the car, knowing they can be difficult to come by.

At some of the more difficult moments in the modification process, it was the enthusiast community that kept him motivated.

“There were times that I felt like this project was eating me alive,” he said.

“This was one of the most extreme commitments to a project I have worked on.”

When he finally finished the “Ultimate GTI” in 2018, he knew how he wanted to celebrate.

“The first thing I did was take my 85-year-old dad out for a drive,” he said.

“We are a family of engineers, particularly in the automotive space. I owe my love for German cars to my dad.”

He also raced the car on the track and took the car to several auto shows where he connected with several followers.

One fan he met in person at an auto show in Vancouver said he had watched every one of his videos.

And to complete the circle from 34 years earlier, Derek re-created his trip down Highway 1 with his eldest son.

“You can tear apart every nut and bolt of a car and then go and drive it for 10,000km and have nothing bad happen to it.

“The car made it all the way there and back without any issues.”

When Derek felt he had spent enough time with his masterpiece, he turned back to his community of classic car lovers to sell it.

He connected with a young couple living in Vancouver who are also Volkswagen enthusiasts and sold them his vehicle at a fraction of the cost of the modifications.

Derek does not count this as a loss.

“If you get into restoration and modification for the money, you should find a new hobby.

“The purpose of the project was fulfilled for me. I made the car faster and better than before and pursued my passion for seven years.”

“It was important to me to sell it to someone who would allow me to stay connected to the car.

“I can take it for a drive or a tune-up. I’m happy they have it and love it. And I’m glad I can see it now and again.”

After seven years labouring over the car, most people might take a break — but not Derek.

He’s already planning his next project.

“The technology behind converting a vintage vehicle to an electric car really interests me.”