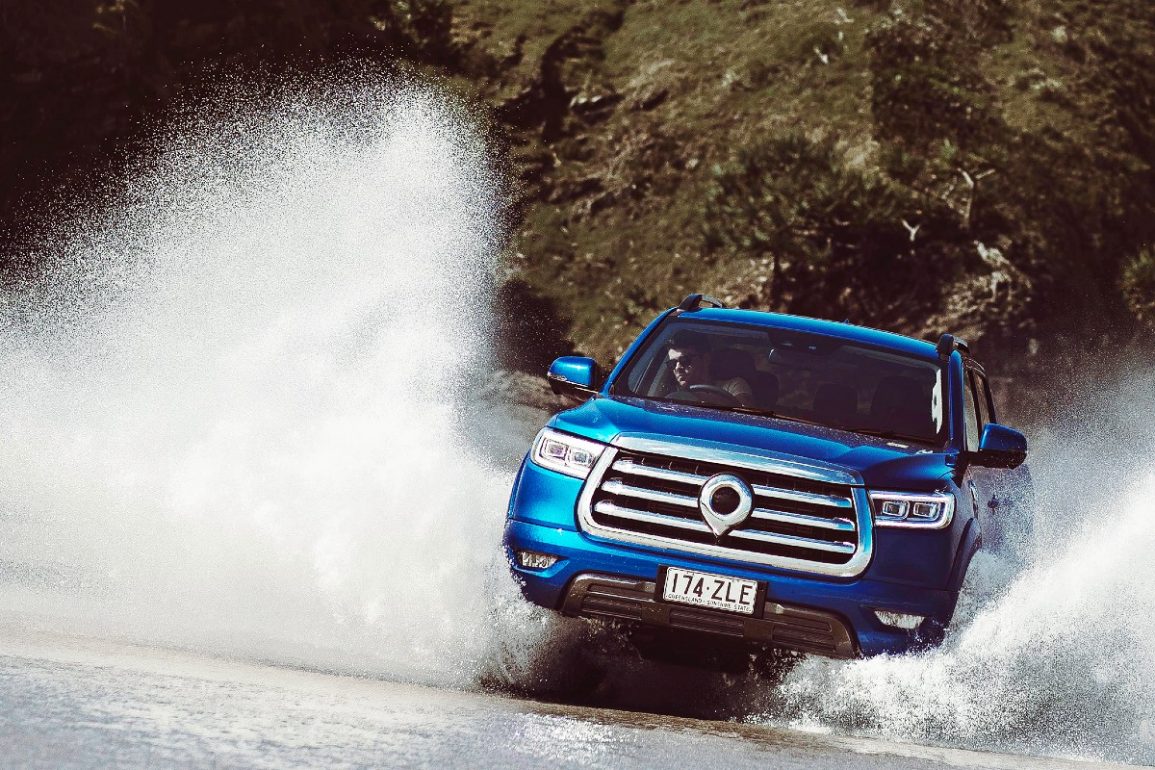 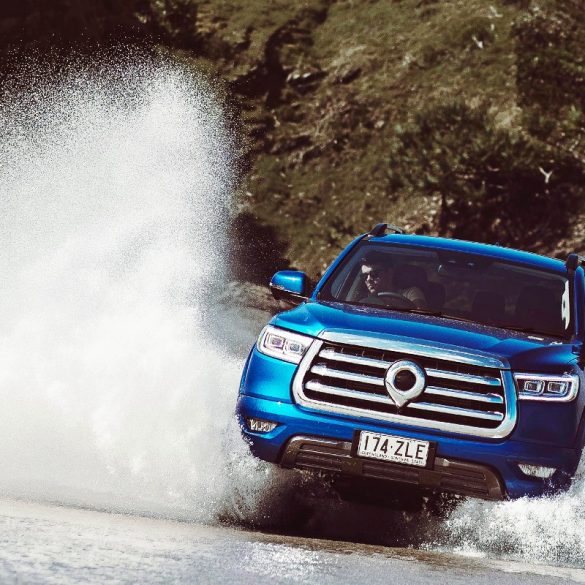 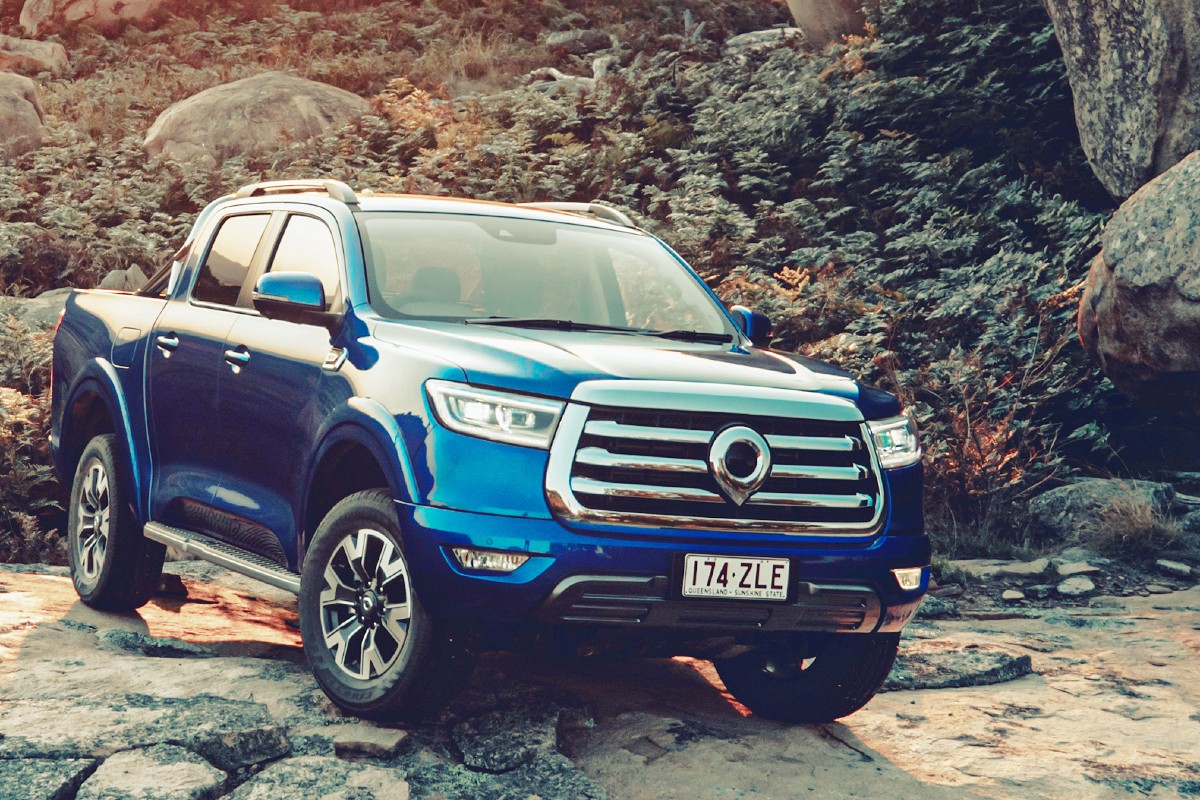 The Great Wall ute, in more than a decade Downunder, has taken more twists and turns; ups and downs than its eponymous iconic 600-year-old piece of Chinese infrastructure.

The Great Wall Motors dual cab 4×4 ute initially made a name for itself with a sub-30 grand drive-away price.

Chief Executive Officer, James Goodwin, said: “While the Steed is equipped with six airbags and electronic stability control, features which were not offered on the previous model, there has been little change to the vehicle’s structure to improve the safety of the passenger cabin.”

It earned a lowly two-star rating.

Now, we are told, it’s newly designed and engineered from the ground up.

The latest GWM ute has its sights set on the pickup truck leaders by claiming to meet world-class standards, courtesy of the company’s advanced R&D centre by a team of highly skilled designers and engineers. 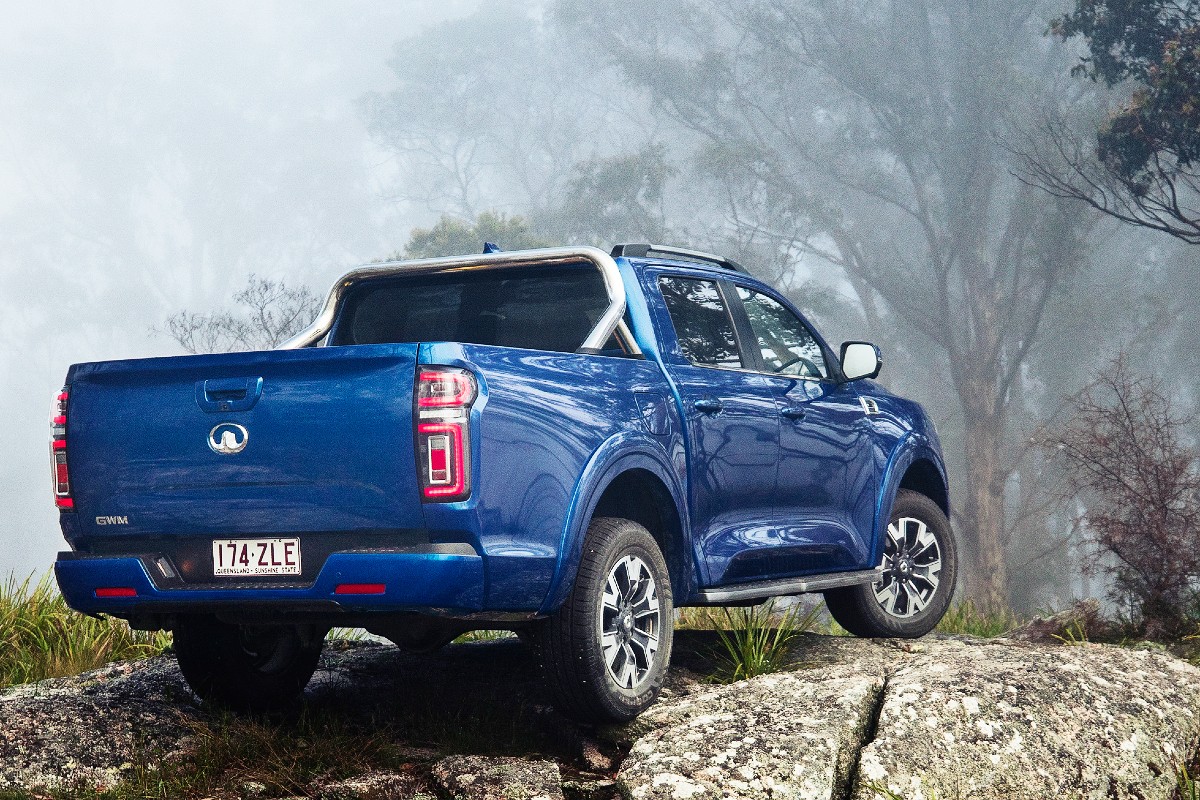 Now known as the Cannon, the line-up consists of three 4×4 dual cab models, all powered by an upgraded 2.0-litre turbo-diesel engine driving through a ZF eight-speed automatic transmission.

Firing the first shot, so to speak, is the GWM Cannon, selling for $33,990 driveaway, with a seven-year unlimited kilometre warranty and five years roadside assist.

On test was the mid-range ‘L’ model.

Modern convenience commences outside the vehicle with keyless entry; then there’s push-button start and a leather covered steering wheel with a selection of controls, including gearshift paddles.

Seats offer a more-than average level of comfort and the rear seat base folds up to increase load space and underneath storage out of sight across the whole cabin width. Clever.

There’s a power point for a dash camera, a 12-volt outlet, two front USB ports and one at the rear.

GWM has obviously learned its lesson from its stumbling Steed safety rating.

The Cannon carries an extensive suite of safety measures, including forward collision warning and autonomous emergency braking with pedestrian and cyclist detection.

In the case of collision automatic door unlock and fuel cut functions are activated.

There are seven airbags including one between the two fronts.

Traffic sign recognition and over-speed alert keep the driver honest and hill-start assist and hill-descent control take over on inclines and off-road adventures. 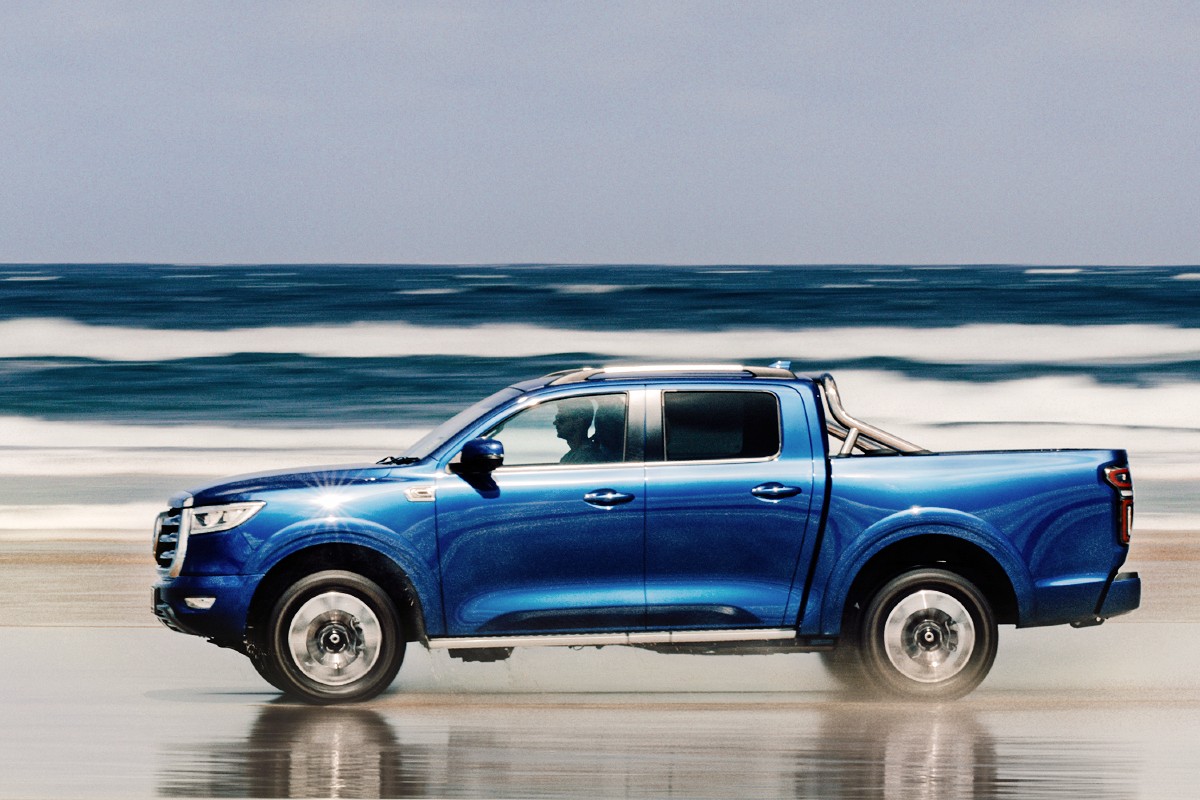 Improvements to the 2.0-litre turbo-diesel engine of the Steed (120kW/400Nm, from 110kW/310 Nm) also include improved fuel efficiency, while new additions include a variable geometry and turbo inlet, plus upgraded air intake throttle and camshaft.

An eight-speed German-designed ZF automatic transmission is augmented by a 4×4 drivetrain with torque on demand and rear differential lock.

While engine performance has been boosted, far from firing off the mark, the Cannon-L huffs and puffs away from rest, which I suppose is only natural with such a small engine trying to shift close to five tonnes when there’s a load on board.

The eight-speed auto transmission does its best. It’s more comfortable at cruising speeds.

Steering raises some questions: stiff and resistant at slow speeds, shifting to fast and loose with little driver feedback as the vehicle hits its straps.

With a turning circle of more than 13 metres, the truck throws up some parking problems.

Fortunately, functionality is to the fore when it comes to the rear of the Cannon-L.

The tub has a protective sprayed-on lining and loading from the back is made easier by a retractable step allowing access to the front of the tray.

On the downside, the distance between the wheel arches is not enough to take a standard-size Aussie pallet.

Towing is rated at 3000 kg braked, but read the small print.

With front double wishbone and rear leaf spring suspension, it is fair to assume that some of the bumps suffered by the unladen one-tonner on uneven road surfaces would be ironed out by loading up the tray, while on the downside a claimed combined urban/highway fuel consumption of 9.4L/100km could be added to considerably under the same circumstances.

Kia Sportage: The price is right

A trap for the unwary. On many vehicles there is a grab handle on the driver and passenger door pillars to help climbing into the cabin or to steady occupants in rough going.

For some strange reason the Cannon carries a sunglasses’ holder on the driver’s side above the door, not atop the centre of the windscreen at its usual spot.

How many mistaken tugs it would last is anybody’s guess. 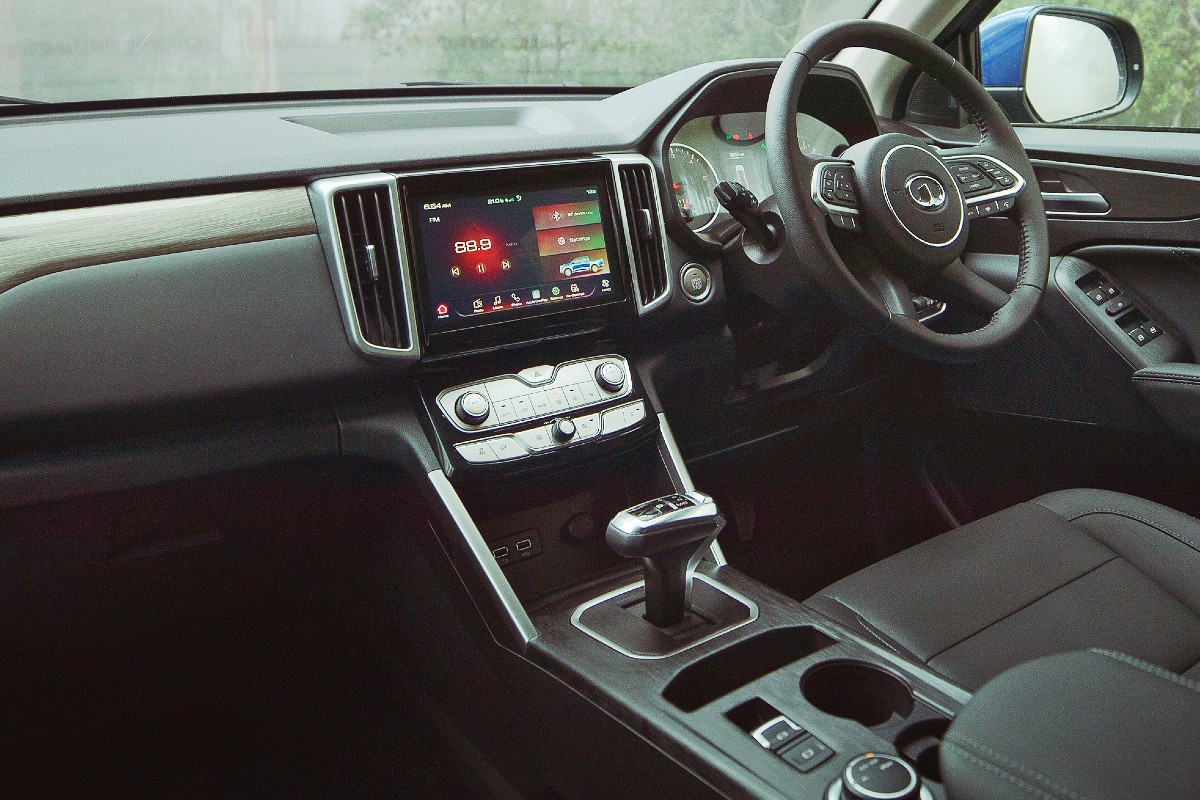 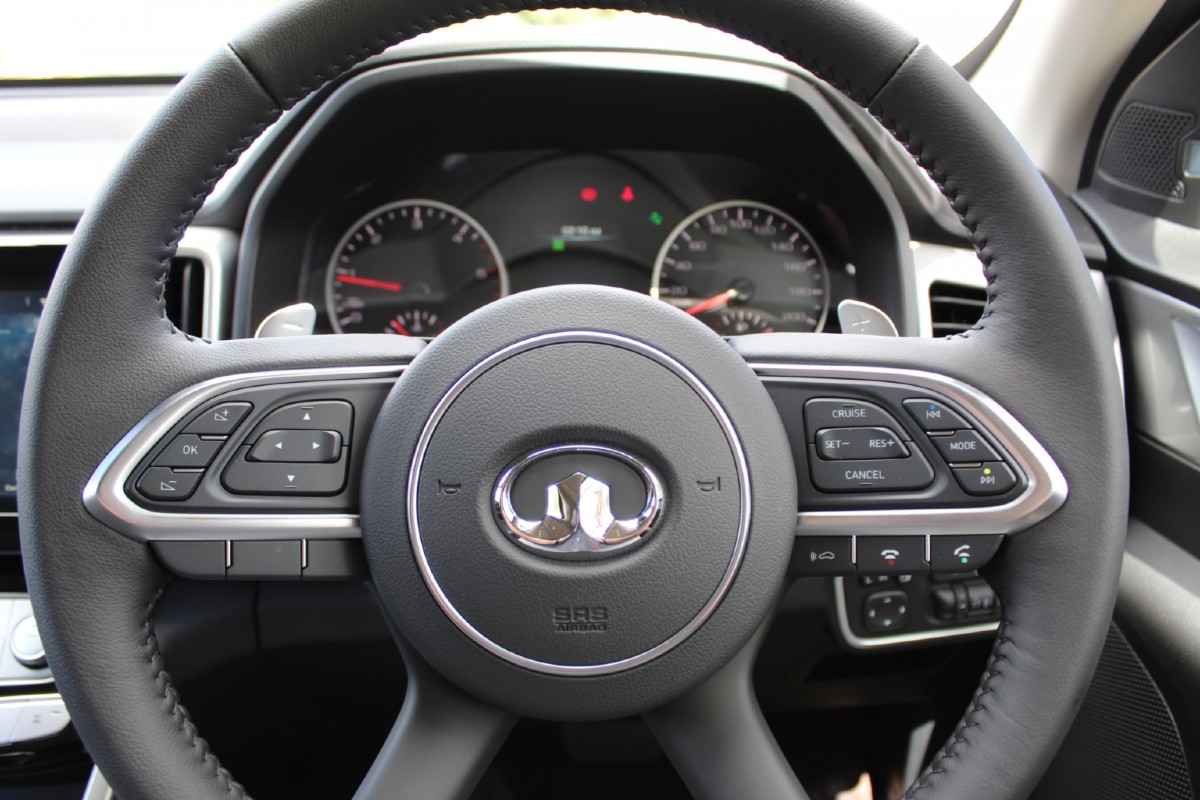 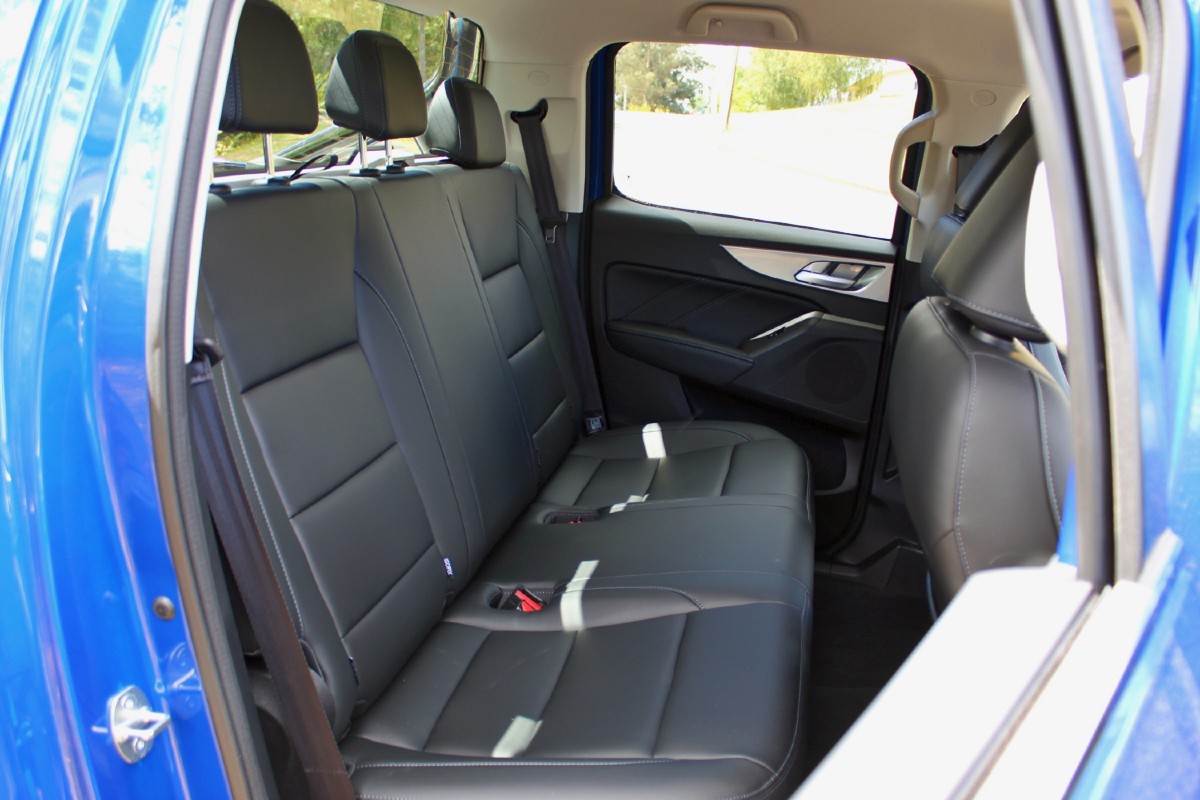 With price tag alone ($37,990 driveaway) the only consideration, the GWM Cannon-L could be an attractive proposition.

However, questions remain over build quality, reliability and resale value of the would-be premium pickup. 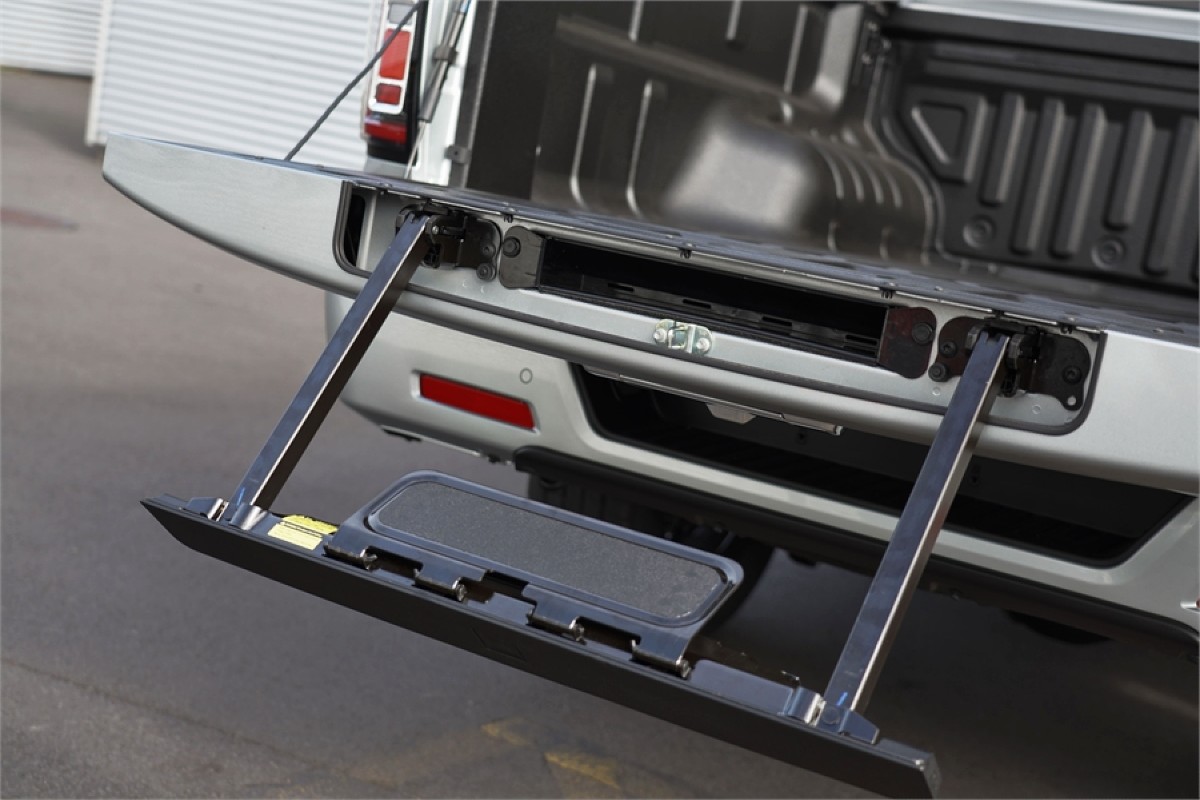 CHECKOUT: Just what we need, another ute — but it’s a Great one