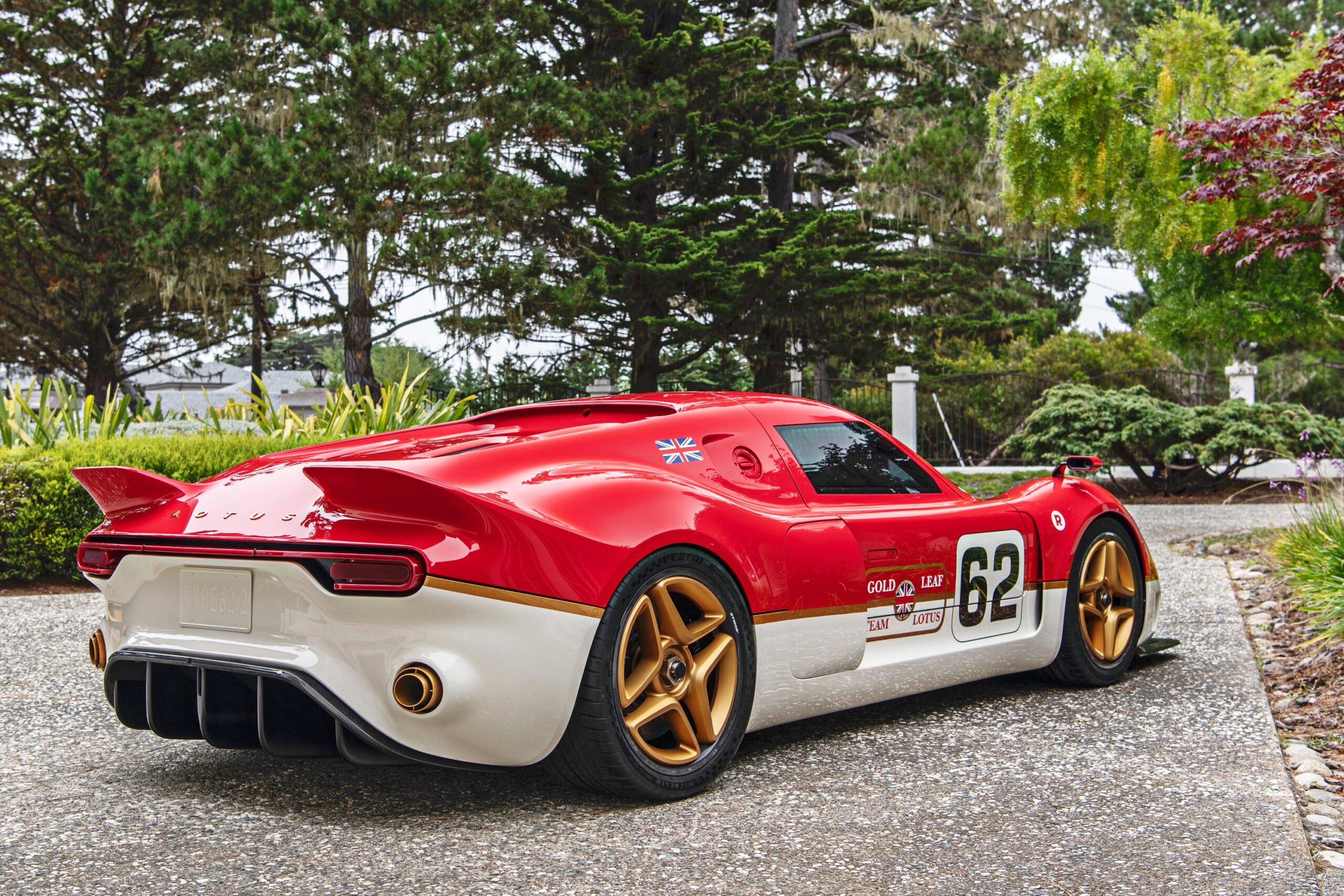 In a blast from the past, Radford has unveiled its Type 62-2 sports car — resplendent Gold Leaf livery.

Radford, by way of explanation, was a big name in car customising or coach building as it was called back then — in the 1950s and 60s.

The name has been revived by the trio of Formula One world champion Jenson Button, TV presenter Ant Anstead and designer Mark Stubbs.

The Type 62-2 takes its name and inspiration from the iconic 1969 Lotus Europa Type 62 prototype — only two of which were ever built.

It sits on the Lotus Evora GT chassis and is powered by a Toyota-sourced supercharged 3.5-litre V6 that produces 373kW in the Radford, together with an electronic diff lock and seven-speed dual-clutch auto.

Sticking with the numbers theme, just 62 of the Lotus Type 62-2 coachbuilt by Radford will be built worldwide, with each model built precisely to its individual owner’s desired specification.

Of these 62 cars, only 12 will be Gold liveried cars, and Radford is now taking build slot applications – with more than half the cars spoken for already.

The Gold Leaf Type 62-2 ‘Quail Edition’ is the most extreme version of the Gold Leaf liveried car.

It is the first time the car has been seen in public, and it sits alongside the ‘Classic’ version, which provides subtle design cues to the original Type 62 Lotus car.

The Gold Leaf Type 62-2 Quail Edition wears a modern twist on the iconic Gold Leaf livery, which is one of the most famous and significant racing car liveries ever to grace a Formula 1 car.

Its legendary red, white and gold colour scheme was applied after Colin Chapman signed a huge deal with Gold Leaf, and is most well-known on the Type 49B raced Graham Hill raced during the 1968 season.

The colour scheme also featured on the famous Lotus 72 F1 car raced by Emerson Fittipaldi and Jochen Rindt in the 1970 season.

These are housed within larger 18-inch front and 19-inch Dymag carbon composite wheels – which lower the unsprung mass, and improve the nimble handling characteristics of the car, yet further.

The original Type 62 was a development of the successful Type 47 and intended to race in the Appendix J Group 6 Prototype Class.

The car was designed by Martin Waide at Lotus Components and had a space frame chassis, and featured the new Lotus 2.0-litre LV240 DOHC engine.

In time this engine would become the Type 907 engine, used to power the Lotus Elite, Esprit, Eclat and Excel.

The car had limited competitive success, due mainly to problems with the Vauxhall-derived engine block.

The car’s most successful race was finishing third at the Tourist Trophy at Oulton Park in 1969.

Radford’s first new model of the modern era is built in a partnership with Lotus.

The Radford Type 62-2 is engineered for an unadulterated mechanical feel, exceptional engagement and uncompromising poise.

The public premiere of the Gold Leaf car at the Quail is the first time the elegant lines of this ultra-exclusive version of the Type 62-2 exterior have been shown, and the luxurious interior will be revealed at a future date.

The car’s design has been led by preeminent automotive designer Mark Stubbs who has taken the project from a sketch to the production-ready car revealed today.

Stubbs’ design for the Type 62-2 evokes the spirit of Lotus and the original Type 62 as a homage to the marque’s illustrious motorsport history.

With support from Radford’s engineers, former FIA Formula One World Champion Jenson Button has fine-honed the dynamic response of the Type 62-2 to ensure a superlative driving experience.

“From a design perspective, the Gold Leaf car with these bespoke additions really stands out, with larger diffusers, and wheels.

“And sporting one of the most iconic racing liveries ever to grace a Formula 1 car, gives the car a real presence and sense of occasion.

“We’re only making 12 of these iconic cars, meaning they are already one of the rarest cars that money can buy. And most of them are already allocated to their owners.”