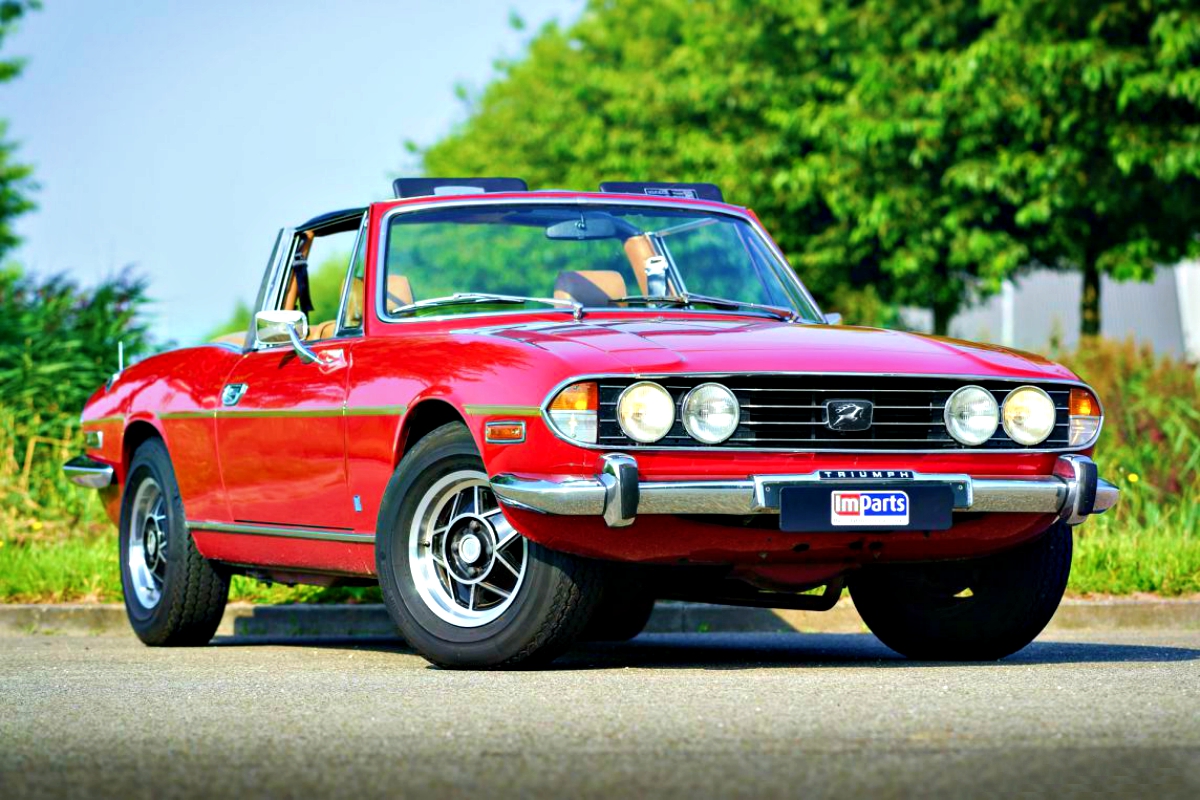 Go to any classic car show featuring automobiles from the UK and you will see a Triumph Stag.

And this year marks the 50th anniversary of the car.

In the seven years it was produced, just a little under 26,000 units were built.

Compare that to the MGB, that other “All British” car show mainstay.

So, what’s the survival rate?

Well, according to my research, about 23,000 MGBs still roam the country lanes of that green and pleasant land.

That represents a survival rate of around 4 per cent.

It’s a remarkable number considering the Stag was riddled with problems and if it had been released in 2020, would have probably won the recall prize of the year.

Fans of the Stag will hear no bad words said against it, but when TIME magazine included in its list of the 50 worst cars of all time — well, you know there is no avoiding the issue.

The convertible was designed by Giovanni Michelotti who had worked on numerous Triumph models including the Herald, Spitfire, Dolomite, 2000/2500 and TR4 and 5.

The Stag was Intended to be upmarket sports tourer, competing against the likes of the Mercedes SL and Porsche 911.

“Tell’em they’re dreaming,” someone ought to have shouted out to the product planners at Triumph when they came up with that marketing positioning idea.

For a motor, the original intention was to use the 2.5-litre straight six that was already used in the 2500 saloon.

Then some bright spark decided to adapt Triumph’s four cylinder engine by welding two of them together . . . and, hey presto, it’s a V8.

That’s when the problems started.

The list includes, and as the legal folk like to say, is not limited to: overheating caused by water pump problems, head-gasket failures, valve and piston damage, timing chain problems, engine block warping, and so on . . .

These problems were never properly resolved.

The brief was simple: replace the horse

Stag’s reputation sank like a stone into mud at the bottom of the River Thames.

All that said, I can see why the Stag is so popular among classic car aficionados.

It has a touch of Italian glamour, V8 power, the ability to carry four people and provide wind-in-the-hair motoring.

My guess is that majority of those still on the road in the UK, USA and Australia have been extensively worked on and with the support of a strong Triumph car club network.

The mechanical issues that once infected the car are now sorted and manageable.