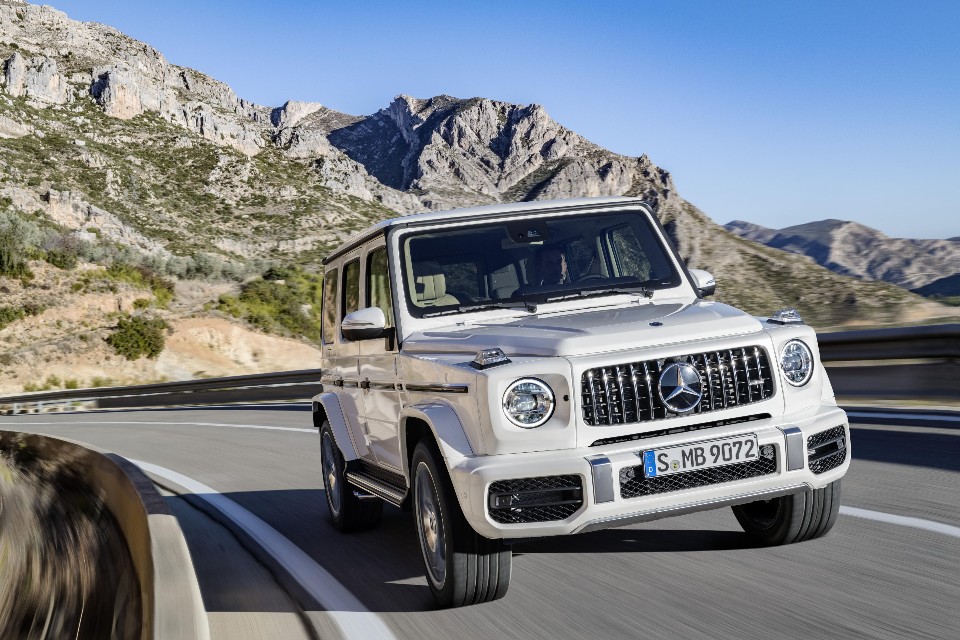 G force comes at a cost

For going off road or just going off the Mercedes-AMG G 63 has few peers.

For when the G 63 blasts off the ‘G-force’ will pin your ears to the back of the seat.

Kind of takes your breath away, so too could the price which has just been revealed — from $247,700 before on-road costs.

The latest version looks pretty much the same as before but features some first time features such as two 12.3-inch widescreen displays, multibeam LED headlights, and adaptive damping.

Power is fed to all four wheels through a permanent all-wheel drive system via a 9-Speed auto, with the ability to shift on the fly into low range, with three diff locks to call on when the going gets tough.

The suspension has been beefed up with independent suspension replacing a live front axle, and adaptive damping with three settings.

Approach angle remains unchanged at 27° while departure angle is improved by 2.6° to 29.6°.

Outside, the AMG G 63 is distinguished by the addition for the first time of the distinctive Panamericana grille, plus AMG body styling, metallic paint, side running boards, red AMG brake calipers and two chrome-plated twin tailpipes on either side

Wiesmann back without the Wiesmanns

The basic car can be optioned with the $5990 Night pack that gives it the black treatment from top to bottom or the the $19,500 Edition 1 pack that includes the Night goodies, but adds the Exclusive Interior Plus package that includes black Nappa leather in black with red diamond stitching, plus multi-contour adjustment for the front seats with massage and and climatisation.

Air vents get a silver shadow finish, and metal AMG badges are embedded in the front seat backrests.