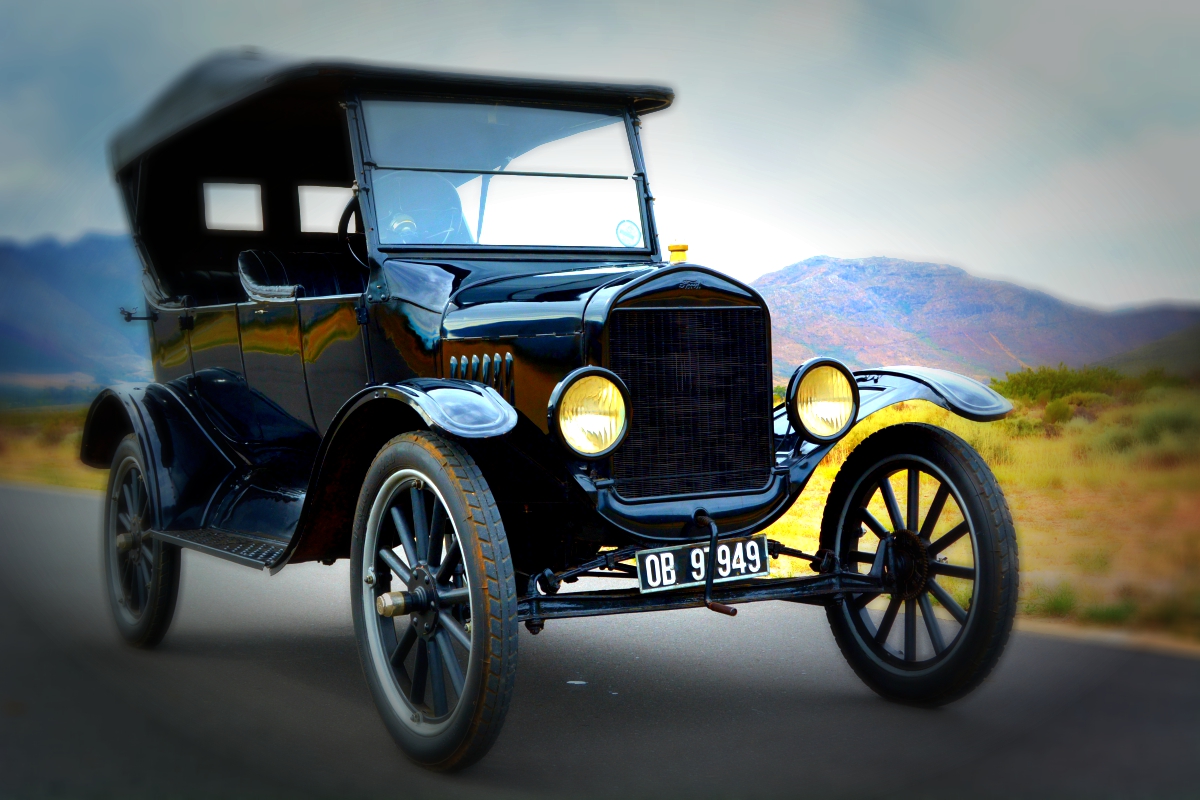 Even those with limited car knowledge will have, no doubt, heard of the famous Model T that pioneered many recognisable aspects of the modern car.

As Henry declared, “I will build a car for the great multitude.

“It will be constructed of the best materials, by the best men to be hired, after the simplest designs that modern engineering can devise.

“But it will be so low in price that no man making a good salary will be unable to own one – and enjoy with his family the blessing of hours of pleasure in God’s great open spaces.”

The Model T was a masterstroke.

Henry’s vision was made a reality by Childe Harold Wills, Joseph Galamb, Charles Sorensen and Walter Flanders, all of whom were leaders in their respective fields.

Wills was a metallurgist, Galamb a draughtsman, Sorensen a model maker and Flanders a manufacturing expert, and their combined talents help create what was the world’s first assembly-line manufactured motor car.

It was light (around 550kg for the five-seat tourer), small, and practical, simple to maintain and, above all, affordable – it was Henry’s ‘universal car’.

The rudimentary chassis flexed, as did the body, but it all held together.

The ability to traverse poor, often unmade roads with a degree of comfort was the priority.

Axles, steering and other components were made from vanadium steel, something almost unheard of in the industry at the time, but the metal was light and strong.

Also unusual for the period was the engine, the four cylinders and their water jackets and the top half of the crankcase cast as one unit.

Fuel and lubrication were both gravity fed, which had its drawbacks.

The lubrication system was primitive but quite adequate except when climbing a very steep slope.

Because the whole lubrication system depended on gravity, the oil in the front part of the crankcase flowed back so that little or no oil was available for the front main bearing.

The fuel tank was situated under the front seat and petrol gravity fed to the carburettor.

Unless the tank was completely full, the petrol stopped flowing through to the carburettor when the car was driven up a slope steep enough to stop proper lubrication.

So, one simply turned the car around and went up the hill in reverse.

Aside from such idiosyncrasies, the Model T was famous for a major breakthrough in production techniques when on October 7, 1913 the Highlands Park plant adopted a moving production line.

Although credit for the development of the assembly line belongs to Ransom E Olds and his 1901 Curved Dash Oldsmobile, Ford’s moving assembly line is the real beginning of mass production in the auto industry.

It resulted from when an engineer introduced a new method of assembling the flywheel magneto.

Instead of one worker assembling the complete unit, it was put together by twenty-nine workers, each tasked with performing one operation before pushing the component down the line to the next employee.

As the process was refined, build time dropped from 20 minutes to five.

The strategy was then implemented in all other aspects of production.

Coincident with the new production procedure, from January, 1924 Ford paid workers $5 a day, which was more than double the wages paid at other unskilled manufacturing plants, and operated an eight-hour working day to allow for three shifts.

At one time the Model T comprised as much as 40 per cent of all cars sold in the United States.

As the car established itself it soon came to be nicknamed Tin Lizzie, some say because Lizzie was popular slang for a good and faithful servant.

Now well past the century mark, just what is the Model T like to drive?

In a motoring journalism and industry-connected career that has lasted 47 years – including three years working for Ford SA – I have seen and written about the Model T on many occasions so it was quite a thrill to get the opportunity to actually drive one.

The Franschhoek Motor Museum in South Africa has a number of Model Ts in various configurations in its collection and brought out a Tourer model for my indoctrination.

The car was resplendent in black – what else? – and due to it being a late model boasted an electric starter that at least dispelled any fears of being run over while starting on the handle.

First, though, a question on the car’s age.

This car’s cowl and soft-top designs place this car as a T4, and being right-hand drive meant it was built in Ford’s Walkerville, Ontario plant in Canada, where initially engines were obtained from Ford in America.

However, from May 20, 1913, Ford Canada produced its own engines and according to the company’s records, this car’s serial number – C532784, stamped just above the water inlet on the left-side of the engine – means it was one of 6609 models built during January, 1925.

So, climbing aboard, I am faced with a proper steering wheel with hand throttle and advance/retard levers on the column, three pedals and a stout, floor-mounted handbrake.

Ignition on, depress the starter button on the floor, then push down (very) hard on the left-hand pedal to select first, release the handbrake into neutral, ease off the left pedal and away we go.

Fiddle with the hand throttle and ignition advance/retard until up and running before releasing the left pedal all the way to the top to engage second (top) gear in the planetary gearbox.

Neutral is in the middle of the pedal’s length of travel.

Once in top and with engine running smoothly, the Model T is an absolute joy.

Mindful of its age and lack of sophistication, it is in no way a ‘bone shaker’ – on admittedly generally smooth surfaces I was nevertheless amazed at just how comfortable the ride is.

At a cruising speed of around 40km/h it feels much faster, the 2896cc motor pushing out a mere 15kW but with lots of torque: it appeared on Ward’s Top 10 Best Engines for the 21st Century list.

The car’s 56-inch (1422mm) track is quite wide – the body sits well within the four corners – and the steering is quite highly geared, but the 30 x 3,5 inch tyres are naturally far from sticky, and thanks to a small turning circle it is an easy car to manoeuvre.

Braking relies on pushing the right-hand pedal, which activates the saucer-sized rear drums, but pulling on the handbrake as well allowed for more effective stopping ability.

Oh, the middle pedal? That is for engaging reverse . . .

Today, the whole driving experience needs thought because of the unusual controls, but familiarity would doubtless overcome this drawback.

But around a century ago, for many of the 16.5-million people around the world who bought a Model T – Ford Canada alone built 757,888 from 1908-27 – it must have ranked as an experience of a lifetime.

It certainly was for me.

On December 18, 1999, the Global Automotive Elections Foundation named the Ford Model T as the Car of the Century (COTC).

To be at the helm of such a pioneering machine certainly was a privilege.

CHECKOUT:Amazing Munga could climb a mountain