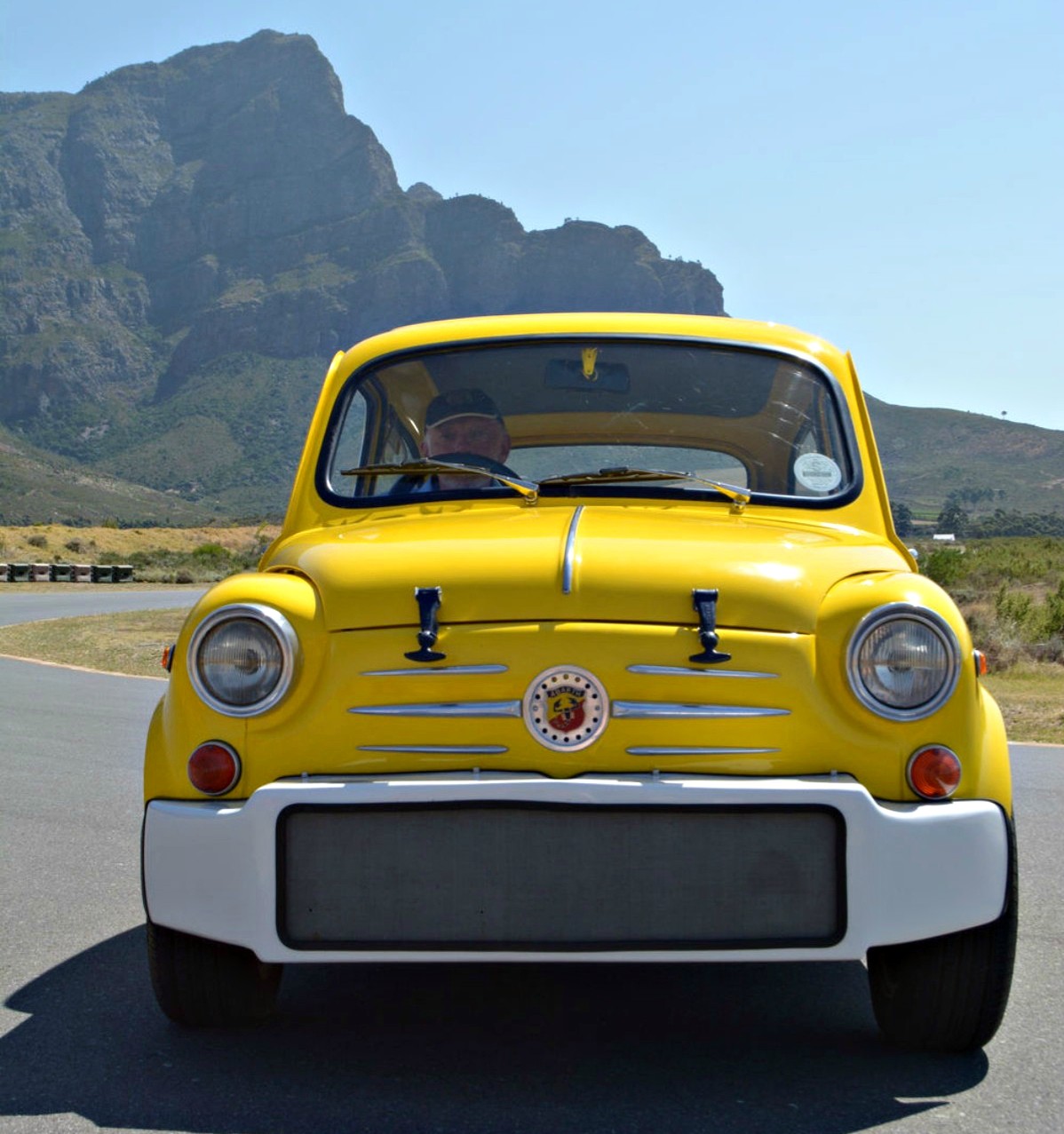 Harley’s ‘Fugazi’ has the ring of truth

Wayne Harley, curator of South Africa’s Franschhoek Motor Museum curator is, among other interests, a Fiat fundi — especially of the Abarth variety.

He has been quietly building a hot replica of one of the Italian pairing’s smaller pocket rockets, a Fugazi Abarth 850TC, which was developed to compete in sub-1000cc European saloon car racing.

First, though, a little background on Abarth.

After leaving Cisitalia in 1948, Austrian-born engineer Carlo Abarth set himself up as an independent in Turin, the home of the Italian auto industry.

Possibly the best known out of Abarth’s creations is the series of high-performance adaptations of the Fiat 600 saloon, whose giant-killing exploits were one of the most entertaining aspects of saloon car racing in the 1960s.

The quoted maximum power output for the 850TC in Group 2 specification was 57kW) at 8000 rpm, an exceptional output for a production-based pushrod engine of this capacity.

Various states of tune were available and, when the intermediate 41kW version won the arduous Nürburgring 500km race in 1963, driven by Hans Herrmann and Teddy Pilette, the German circuit henceforth gave its name to cars of that specification.

Wayne’s car is based on a stock 1961 Fiat 600D, and has a normally-aspirated, period special 843cc engine, which in standard form made 26kW,  but with the appropriate Abarth cam now makes 31kW at 4500 rpm.

Hey, that is a 19 per cent improvement!

The car still uses the standard 600D four-speed transmission, but runs on 13 inch x 5J Cromodora alloys rather than the original 12-inch rims, which affects the gearing.

This, combined with the increase in horsepower, gives more at the top end.

Wayne’s wonder has been clocked at 137km/h.

This yellow peril certainly stands out in a crowd.

The top-hinged, rear engine cover is permanently held partially open on two thin rods to help cooling, while at the front, a giant radiator box sits where a bumper would normally be located.

The ‘suicide doors’ give easy access to the two-tone interior.

Being long-legged, I was grateful that I could find a driving position that did not involve kneecaps around my ears, but ankle angles over the close-set pedals are less comfortable.

The punchy little motor fires up with an enthusiastic exhaust beat and demands to be revved to deliver of its best.

The thick-rimmed three-spoke Abarth wheel delivers good feel from unassisted steering and the 600 is naturally quite wieldy.

The gear shift requires care, though. The 1-2 and 3-4 planes are set very close together and avoiding hooking up the dog-leg into reverse takes care, especially when racing through the gears.

But pressing on in a buzz bomb like this is grin-inducing fun.

Stopping is not a problem either, as the car only weighs 600kg and has been upgraded with 9-inch disc brakes from a Fiat 124 up front. The rears are standard 600D drums.

Wayne’s Fiat is a characterful – and eye-catching – street racer and none the worse for being a ‘fugazi’, unlike the fake diamond ring Lefty Ruggiero (Al Pacino) tried to pass off to ‘Don da Jeweler’ (Johnny Depp) in the movie . . .