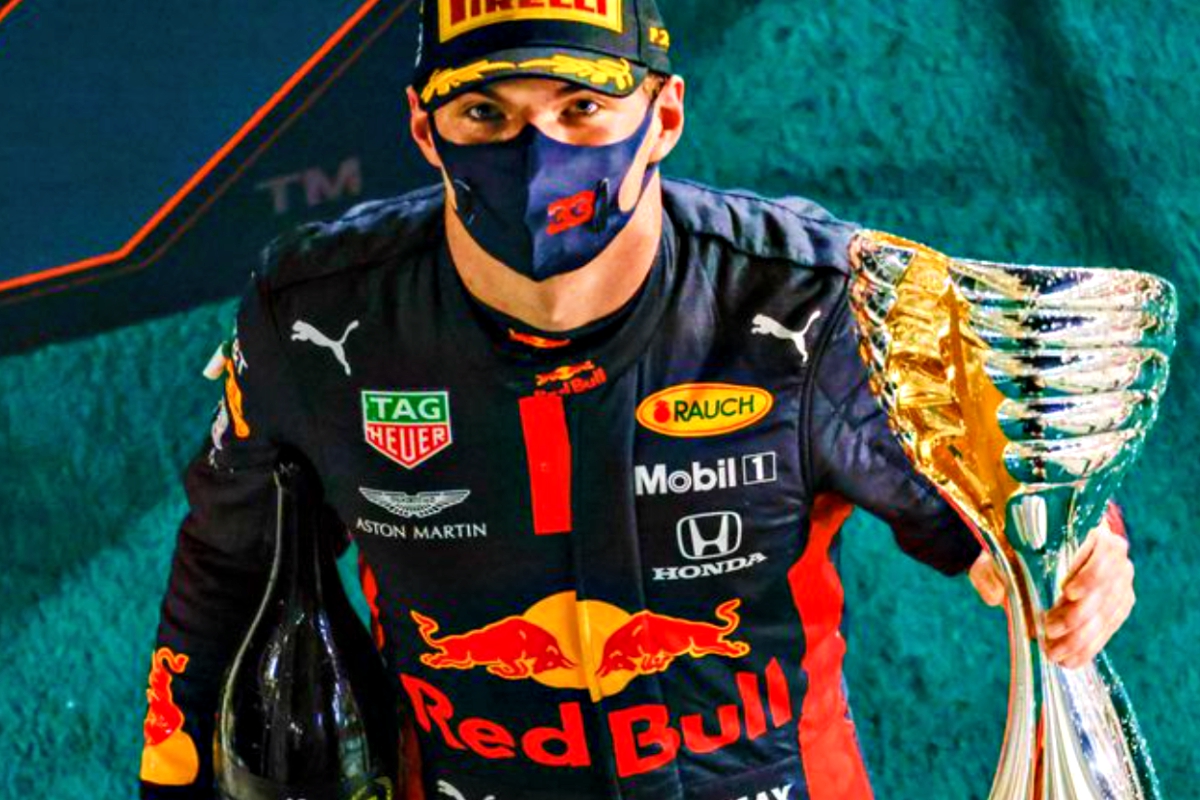 THREE cars up front, cruising around the Yas Marina circuit in formation for all 55 laps, made the Abu Dhabi Grand Prix a tame grand finale of the 2020 Formula 1 Grand Prix season.

But for a welcome change, it was the Red Bull of Max Verstappen that led the trio and ended the  dominance of Mercedes pair of Valtteri Bottas and Lewis Hamilton.

Verstappen, on pole, had a flawless start and was never really challenged, steadily drawing away from the Mercs to finish 16 seconds ahead of Bottas, with a COVID-recovered Hamilton third, two seconds astern.

Red Bull’s Alex Albon was the sole challenger for third place after creeping up on Hamilton in the closing laps, but settled for fourth.

Then there was a yawning 40-second gap to the rest of the pack, which produced much more excitement.

Fifth and sixth came the McLarens of Lando Norris and Carlos Sainz, to secure third in the Constructor’s Championship, with Daniel Ricciardo seventh in his final drive for Renault.

Alpha Tauri’s Pierre Gasly was eighth, 16 seconds behind, and Ricciardo’s teammate, Esteban Ocon, got past the Lance Stroll’s Racing Point on the last lap to finish 9th.

It was a sad night for Sergio Perez, who won last weekend’s thrilling Sakhir Grand Prix after taking his Racing Point from stone last to first in a dazzling display of driving.

The Mexican hoped for a repeat performance and opted for a new engine for his last appearance for Racing Point — and possibly Formula 1 — which meant he had to start from the rear of the grid.

But his ambitious plan came to a sudden end after just 10 laps when the car stopped on the circuit, apparently with transmission failure.

That brought out the sole Safety Car, which gave the front-runners and most of the rest a chance to pop into the pits for fresh rubber.

Ricciardo, however, opted to stay on his hard compound tyres, and moved up from 11th to fifth — and that’s where he stayed until lap 39 when he finally pitted, emerging in seventh.

Daniil Kvyat took 11th for Alpha Tauri, ahead of Kimi Raikkonen’s Alfa Romeo, while Ferrari had another miserable outing with Charles Leclerc 13th and Sebastian Vettel, in his last race for the  team — 14th.

The only fireworks were the ones set off by the pyrotechnicians as Verstappen crossed the line for the 10th victory of his career, ending Mercedes’ six-year unbeaten run at Yas Marina.

And so ended the less than spectacular season closer, with the future of several drivers in doubt.

Romain Grosjean and Kevin Magnussen will be gone from Haas, Sergio Perez from Racing Point, not to mention Nico Hulkenberg.

A few others are moving teams. Ricciardo to McLaren, Sainz to Ferrari, Vettel to Racing Point — with one or two more changes sure to come.

Not to forget Fernando Alonso who makes a return to Renault and Formula 1.

The Abu Dhabi evening was particularly painful for Perez.

“This is not how the story was supposed to end,” he tweeted.

Verstappen, though was a happy lad.

“It was really enjoyable,’ he said.

“Once you start up front you can control the pace a bit more and it makes your life a bit easier.

“Also I saw that [the Mercedes] were dropping off behind me so I could take it a bit easier. Overall, it was a very strong race for the team.”

The race was the 400th Grand Prix in Renault’s 43-year history in the sport.

“Having a driver of Daniel’s ability brought clear and required changes to the team and his influence went beyond just driving the car,” he said.

“Daniel has been admirable in pushing on and his professionalism has been nothing short of exceptional, also after the announcement of his departure for next season.

“The moment in Germany with the first podium was a high point and signalled an important milestone in the team’s journey, which we will build upon.

“In this new phase as we transition from Renault to Alpine, the legacy left by Daniel will remain an integral part of our foundation.

“We thank Daniel for his contribution to the team over the last two years and we wish him the best for his new path.”

The Perth driver responded: “Merci beaucoup to the team for an awesome two years!”

Of his last drive, he said he was really satisfied with seventh position, considering he had to start from 11th.

Plus he set to fastest lap of the race.

“My stint on the hard tyres at the beginning was really strong and the car felt good the whole time,” he said.

“Overall, it’s been a strong season for the team and compared to last year it’s a great step forward.

“My last lap in the car was the fastest on track and I was pushing hard for that. Very nice!”

As he coasted into the Ferrari pits for the last time, Vettel burst into song on the team radio, thanking his team and the mechanics in about as romantic an Italian way as a German can manage.

“Grazie,” the team leader replied, adding: “We will never forget those years we spent together.”

In Italian, of course.

Note – Ricciardo scored an additional point for setting the fastest lap of the race.