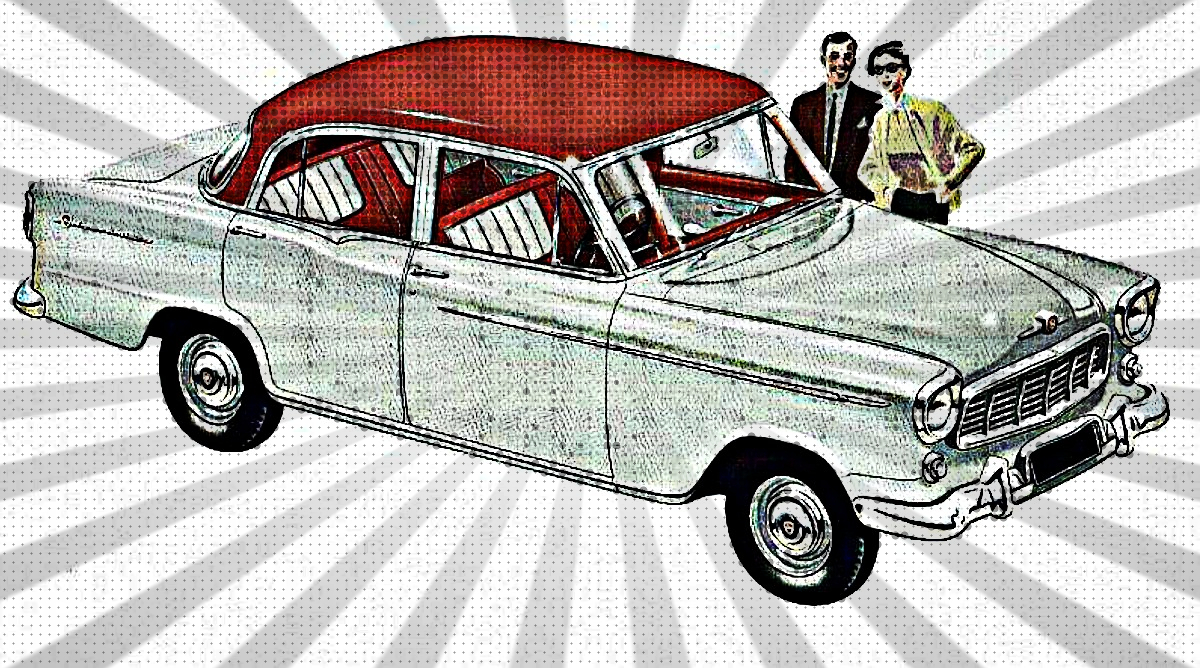 It’s 61 years since the Chevrolet Corvair was released.

The rear-engined Corvair was GM’s answer to the rapidly growing sales of imported and locally built “compact” cars into the USA, especially the American Motors’ Rambler and VW Beetle.

The whole idea of being rear-engined was to make this supposedly cheap and cheerful car as light as possible.

With the engine up the back, and air-cooled too, it had no radiator and associated plumbing, saving at least 100kg in weight.

Weight was also saved because it had no long drive shaft. That saved another 100kg or so.

All of the weight saved meant better fuel economy and less moving parts to wear out and service.

No drive shaft meant no transmission tunnel and so space for passengers was almost as much as full-sized American cars.

On paper it looked a sure winner.

In reality we all know the outcome.

Despite its history, I admire the basis of the Covair and GM’s commitment to develop it.

It was a bold move to shift the paradigm of what constituted the “typical” American car.

Maybe if Ralph Nader had taken a wider view of what GM was trying to achieve — better fuel economy, efficient use of space, less resources consumed in the build and running of the car — he might have been a little more circumspect in his overall conclusions.

Given their global resources, I still wonder why GM did not take the easier way forward and simply re-style the FE Holden in 1956 and release it in the US in 1957 — when American compacts and imports were already selling 300,000 plus units annually.

In the FE, GM had a complete range of cars — a sedan, ute, panel van and wagon — to compete directly with American Motors’ very successful Rambler models and all the imports.

It was perfect for the job.

It looked like a smaller version of the 1955 Chevrolet, which was a BIG positive.

The interior was roomy for six people.

The engine was powerful and thrifty.

It is not as if GM’s top bosses did not know about the car, nor Holden’s expertise in developing robust automobiles.

In fact, the FE shape was originally devised in GM’s Detroit styling studios in 1952 and at least four small scale models sent to Australia for further refinement.

But the decision makers chose to ignore the opportunity.

I suspect the ‘not-invented-here’ syndrome might have had something to do with it.

And the Corvair’s chief champion, Chevrolet’s General Manager Ed Cole, wanted to make his mark on the corporation.

As these photos show, GM examined the FE at their Milford proving grounds in 1956.

The irony is that to ensure secrecy during Corvair’s development it was labelled as a Holden project and development prototypes featured Holden Special badges.

These badges were the same as appeared on the FE!

Ironically, Holden disguised the FE during its testing on public roads with Opel Kapitan badges.

So, did GM miss a fabulous opportunity by not selling an American version of the FE in 1957?

For me, the answer is absolutely yes!

Do you think the FE would have sold well in the USA?