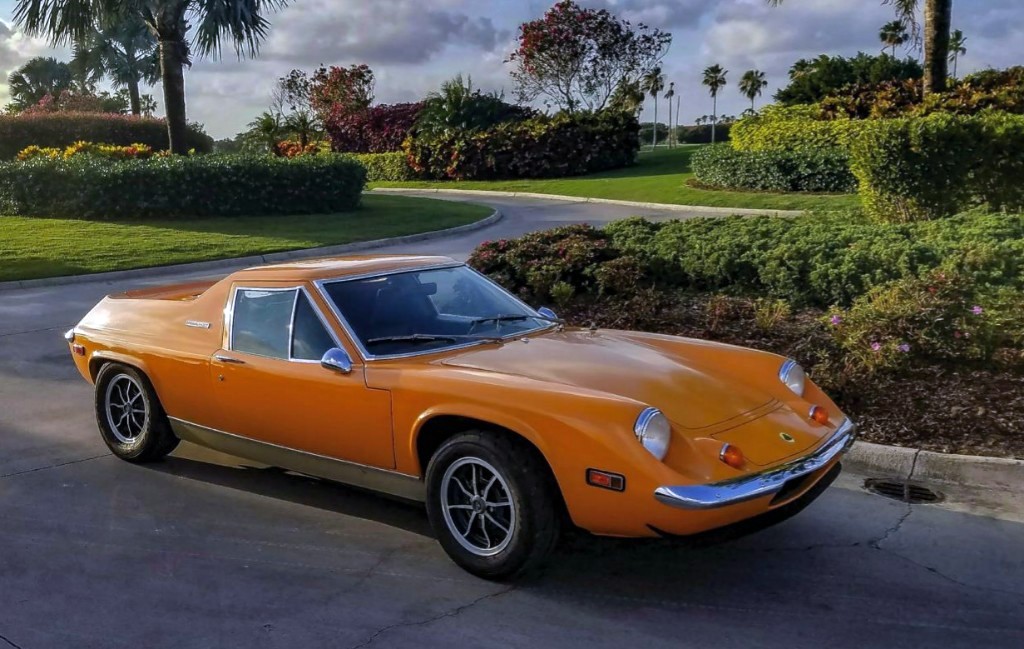 Ambitious Europa a dream machine for the masses

The Lotus Europa was a cheap, mid-engined sports car produced from 1966 through to 1975.

Our science teacher, Graeme Connors, had one of these cars, a red one as I recall, back in the 70s when yours truly was in high school.

It was an amazing looking thing and attracted plenty of attention, with its four cylinder Ford engine — but age hasn’t wearied the Europa as it has many cars from that era.

By the mid-1960s, the mid-engine vehicle configuration was well-established as the optimal design for Grand Prix cars, however almost no road vehicles used this arrangement.

Lotus planned the Europa to be a volume-produced, two-seater mid-engined sports coupe built to reasonable cost — an ambitious goal for the time.

Originally designed to slot into the Lotus range below the Elan as a low cost replacement for the Lotus 7, the Europa eventually sat alongside the Elan and Plus 2 as a comparable sports car in its own right.

The Europa concept is believed to have originated during 1963 with drawings done by Ron Hickman, then director of Lotus Engineering, as part of the Lotus bid for the Ford GT40 racing car project.

When the contract was lost to Lola Cars, Lotus founder Colin Chapman chose to use Hickman’s highly efficient aerodynamic design, which had a drag coefficient of only 0.29, as the basis for a new mid-engined production model originally intended to succeed the Lotus 7.

Like all Lotus vehicles of the era, the Europa was designed and built following Chapman’s oft-stated philosophy — “Simplify, then add lightness”.

To this end, a number of ingenious design approaches were made by Lotus to allow it to economically overcome the many challenges presented by the novel mid-engined arrangement.

Production of the original Lotus Europa ceased in 1975, with a total of 9230 cars of all models having been built.

Europa’s story is brought to life in the book, Colin Chapman’s mid-engined masterpiece by Matthew Vale

Starting with the design philosophy behind the development of the Europa, this book provides detailed technical descriptions of all the major versions of the model, starting with the Renault-powered Series 1 through to the Lotus Twin Cam powered Special.

It looks at the cars on the road, and the racing Type 47 derived from the road cars which competed in the small capacity Group 6 class, as well as featuring in historic racing today.

With owners’ impressions and interviews with ex-Lotus employees, the book provides a valuable insight into owning, running, and racing these iconic cars.

Matthew Vale has been writing books on classic British motorcycles and cars since 2004.

Now retired from his work as a Chartered IT Professional specialising in computer security, he is devoting his free time to classic car and bike restoration, writing classic motoring books and articles, and spending time with his wife and family.

With a lifelong fascination for glass-fibre-bodied cars (stemming from early holiday jobs at various glass-fibre factories, and ownership of many rusty cars) he is currently carrying out a nut and bolt (and glass fibre) restoration of two Lotus Elan Plus 2s.

CHECKOUT First new Lotus in more than a decade:

CHECKOUT: Not one, but three Eurekas!