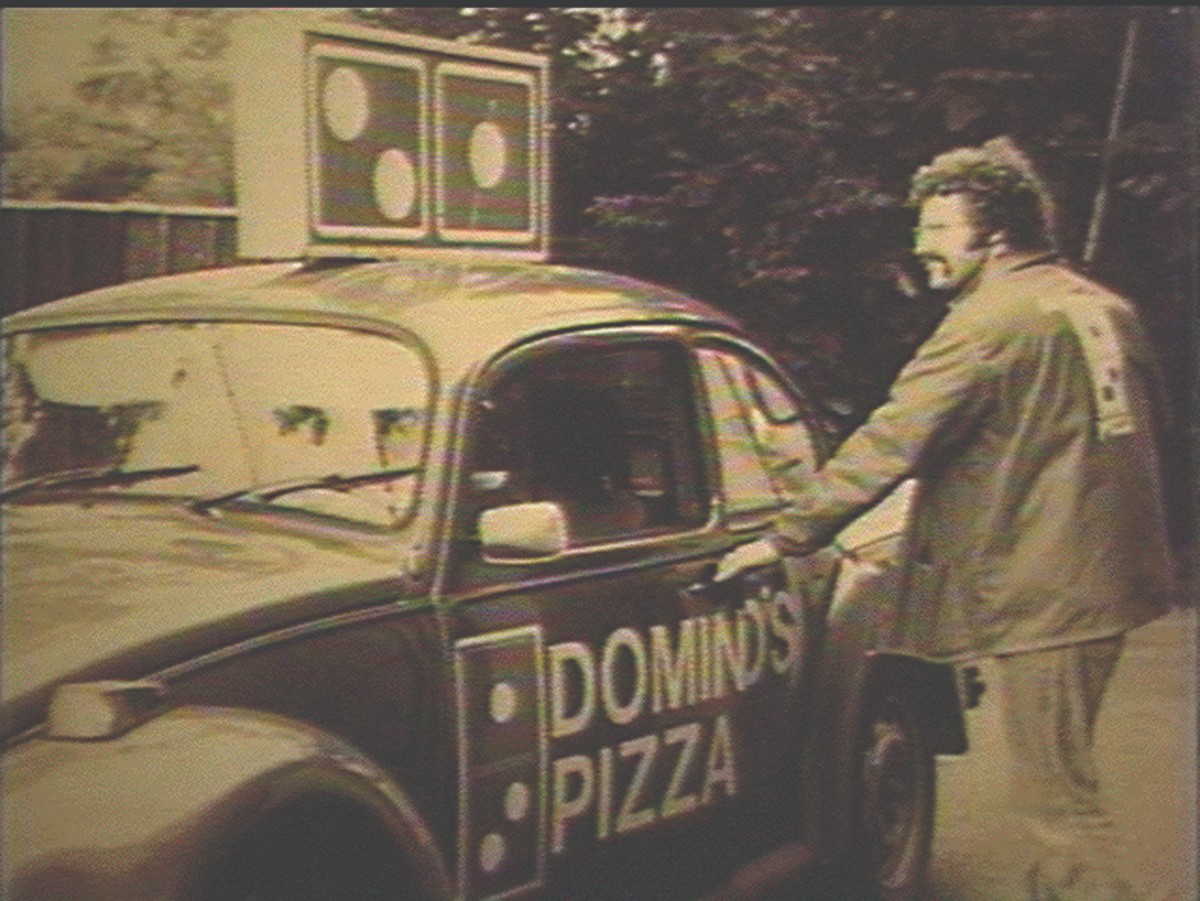 Many successful companies trace their heritage to a small business that started as a passion project.

Surprisingly, some of these now-famous companies got their start with a Volkswagen as a key player in the early days.

Brothers Tom and James Monaghan founded Domino’s Pizza in 1960 when they bought a small pizzeria in Ypsilanti, Michigan.

The brothers purchased the store for only $900 and decided to keep the original name, DomiNick’s.

They were given a 15-minute lesson on how to make pizza by the owner, Dominick, before they opened the store for the first time.

During their first year, the brothers worked tirelessly making and delivering pizzas, with the help of a 1959 Volkswagen Beetle — the company’s original delivery vehicle.

Within a year, James, who had a full-time job as a postman, sold his share of the business in exchange for the VW Beetle.

The store was a success and was renamed Domino’s Pizza after Tom learned that he was unable to franchise the original owner’s name.

Domino’s Pizza, Inc. is now a publicly traded company on the New York Stock Exchange as well as a familiar sight on dinner tables around the world.

In 1998, after 38 years of ownership, Domino’s founder Tom Monaghan announced his retirement.

He sold 93 percent of the company to Bain Capital, Inc. for about $1 billion, and withdrew from the day-to-day operations of the company.

At the same time, it launched a new logo that removed the blue rectangle and text under the domino in the logo, and changed the formerly all-red domino to be blue on the side with two dots and red on the side with one dot.

Why? It was to reflect the fact the company wanted to “expand” its menu choices, rather than simply rely on traditional pizza.

In 2015, Domino’s unveiled a “pizza car” that could carry 80 pizzas, sides, 2.0-litre bottles of soft drink and dipping sauces.

It also has a 60 degree Celsius oven on board and is more fuel efficient than a standard delivery car.

Officially named the Domino’s DXP, the car is a Chevrolet Spark customised by Roush Performance.

Once each car reached 100,000 miles, it was planned to retire the vehicles and return them to Roush, where they would be returned to stock form.

In 2016, Domino’s hooked up with Starship Technologies and employed self-driving robots to deliver pizzas in some German and Dutch cities.

Then, in June 2018, Domino’s began repairing potholes in America as part of its “Paving for Pizza” initiative to prevent its pizzas from being damaged in transit.

In 2019, Domino’s announced a partnership with robotics company, Nuro, with a view to using Nuro’s custom, self-driving R2 to deliver pizzas in Houston, Texas.

These days Domino’s has more than 8000 stores across the globe, with a total income of more than $1.4 billion.

And what happened to the old Beetle that helped them get there?

While the whereabouts of Domino’s first delivery vehicle is unknown, a replica of the original VW Beetle is showcased at Domino’s headquarters, as a nod to the company’s roots and early days in delivery.