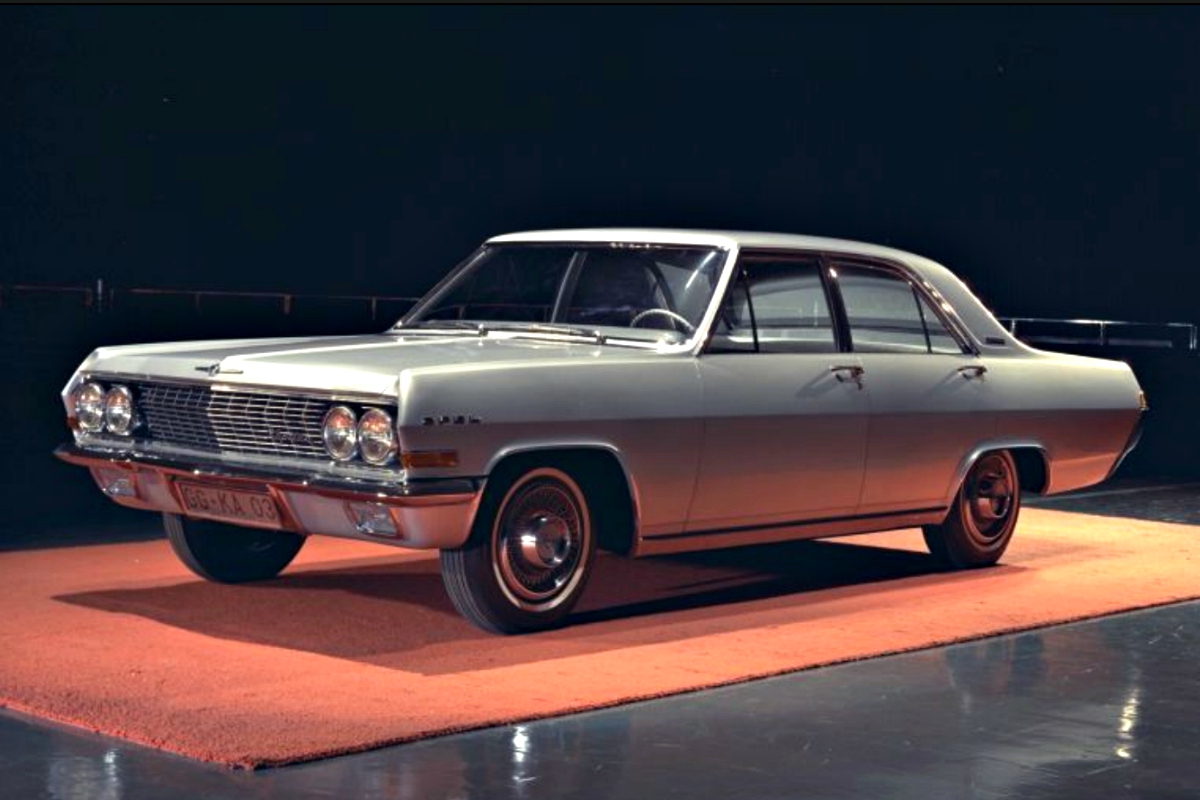 1964 Opel was based on the Solaris.
Retro autos
3 min read

Does the car in these pictures look vaguely familiar?

A little bit like General Motors’ (GM) cars in the Sixties and Seventies?

Known as the ”Solaris” it was one of the most influential concept cars ever built by GM and kept secret for decades.

That’s because this car established the overarching design language for many of GM’s cars around the world, including our HD, HR and HK Holdens.

The Solaris started out as part of an internal styling competition, in early 1961, between GM’s design studios.

Leo Pruneau, the retired design boss of Holden, helped style the Solaris and spoke to me recently about its origins.

“I had just been hired by GM in February 1961 and after an induction period was put into the Advanced Design 4 styling studio, which was managed by Carl Renner,” he said.

“Well, Carl was a legend in GM styling.

“He’d worked on every Chevrolet between 1952 and 1957, had helped style the original Corvette had done the Chevrolet Nomad, Corvair and a number of Motorama dream cars — so I was really lucky to be working for him.”

The Advanced Design 4 studio was related to Chevrolet’s design efforts.

It had a wide ranging brief to look into the future and come up with ideas that might be used on production cars.

“He requested the Oldsmobile, Chevrolet, Buick and the Advanced 4 studios come up with a general design concept for the 1964 A body cars.

“The A body cars are the intermediate size cars — Chevrolet Chevelle, Pontiac Tempest, Buick Skylark, Oldsmobile F85 — and they shared many common inner panels across the GM range.

“What was unusual about it all was that Advanced studios did not generally become involved in this kind of styling ‘shootout’.

“I found out later that Bill Mitchell had a reason,” Leo said.

“He had been trying to convince GM’s senior management to use curved side glass and doors, to move away from straight up-and down doors and door frames — but he could not get anyone to listen to him.

“So, part of Carl Renner’s job was to incorporate curved side glass and doors into his competition car.”

“Anyway, all the studios were given the specifications for the car—height, width, weight, passenger capacity, wheel base, track—and asked to come back with a finished clay concept in a couple of months.

“Ours was finished by the end of November 1961.

“Carl named it the ‘Solaris’.”

Along with the other studio concepts the Solaris was evaluated by GM’s senior management and to everyone’s surprise the Solaris won the competition.

Leo added: “The Solaris came back from the executive evaluation and almost immediately all the chief designers of all the car divisions came to have a look at it and then it was used as a template for many future designs.”

In early 1962 Don Lasky and Leo were asked to design the 1964 Opel Kapitan and the 1965 HD Holden, using the Solaris as the template.

Almost all of the Solaris’s styling motifs were used in the Opel and Holden.

The jutting front fender blades, the curved side glass, the concave/convex rear window, the fine chrome bars of the grille and the upturned front bumper bars.

The leading edge of the bonnet was notched to enclose the head lights and the crisp side profile had a well defined crease line that ran the length of the car.

It’s all there on the Opel and HD — just less extreme than what was on the Solaris.

Although the Solaris was eventually dismantled its influence was significant.

Its design themes appeared on many of GM’s cars in the 1960s and curved side glass became a GM styling signature beginning with the 1965 full-sized cars.

Even as late as 1969, the Solaris’ tail lights appeared on the full size Pontiac.

CHECKOUT: The neighbours will think it’s the cops