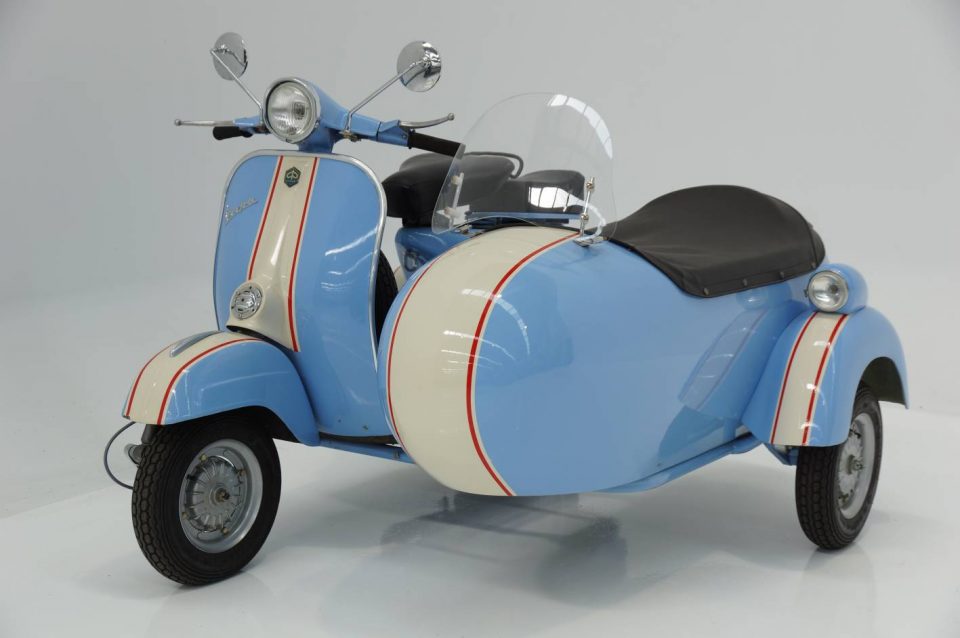 Cutie Vespa has a bit on the side

Home
Wheel life
Cutie Vespa has a bit on the side

Check out this little cutie, a recently-restored 1974 Vespa 150cc scooter with bullet sidecar – set for auction later this month.

Idolised by generations, made famous by celebrities like Audrey Hepburn in Roman Holiday and produced all over the world, the Vespa has come to symbolise Italy more than any other product.

Instantly recognisable and found in just about every corner of the globe, the Vespa revolutionised mass transportation in the immediate post-war period.

At a time when the car was beyond the reach of most Europeans, the scooter gave millions of people the freedom of movement and proved the ideal solution for getting around increasingly crowded cities.

The Vespa Super offered here remained in production from 1965 until 1979, featuring a 150cc engine rated at 5.5 horsepower at 5000 rpm, with a Dell’Orto carburettor and four-speed constant mesh gearbox.

Easy to maintain and cheap to run, the Vespa is an ideal choice as a classic commuter vehicle today, with excellent support available from clubs and specialists around the world.

Why ride a boring modern scooter when you could arrive on a style icon?

This 1974 Vespa 150 Super Scooter has just emerged from a major restoration completed earlier this year.

Finished in light blue with white stripes and a matching bullet-style sidecar, the scooter presents in lovely condition throughout and would make a fabulous classic commuter.

Supplied with import papers, the Vespa will be sold unregistered and at No Reserve.

The Vespa and many other automotive treasures go under the hammer at Shannons upcoming Melbourne Summer Classic Auction on November 27.