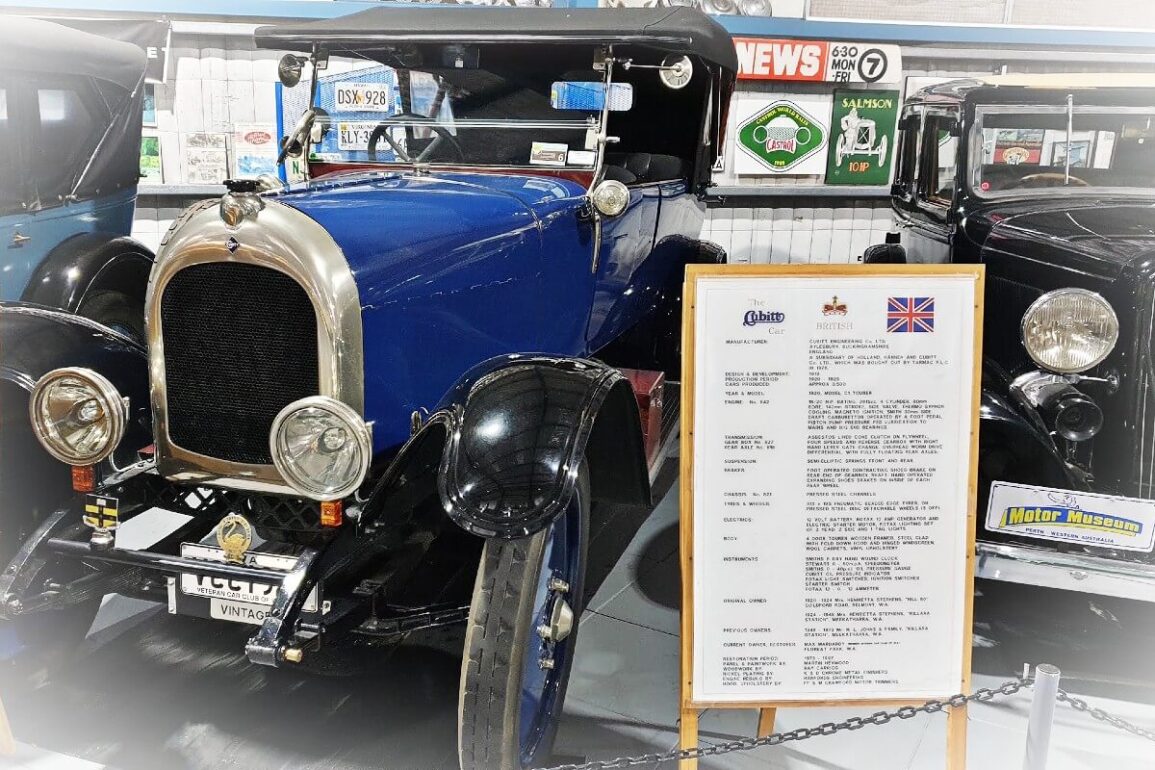 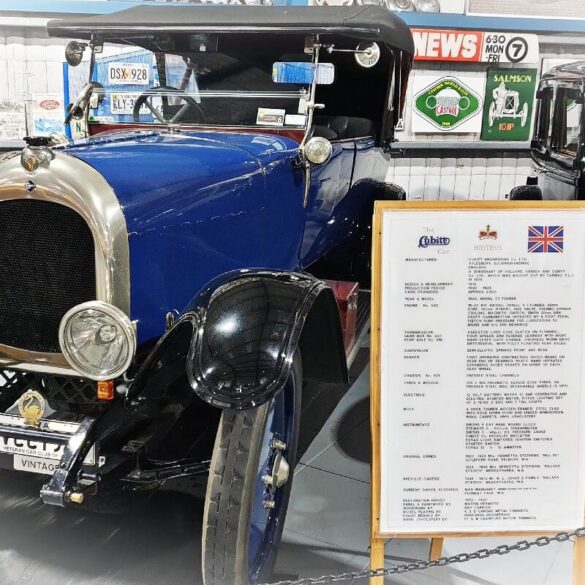 Cubitt one of just five in world

Home
Wheel life
Cubitt one of just five in world

EVER heard of a car called Cubitt?

It was a British car, built in Aylesbury, Buckinghamshire, from 1920 to 1925 and its styling was similar to that of American cars of that era.

“The beautiful stream-line body presents an appearance of quiet dignity – the perfect smoothness of motion testifies to the sound efficiency of engine construction, design, and workmanship throughout,” an early advertisement for the car read.

In 1921 an ad in Country Life magazine quoted Mr S F Edge who wrote a column in Autocar magazine . . .

“The world’s best car. If money considerations were quite disregarded, the Rolls-Royce does more things nicely from an automobile point of view than any other Car.

“If one merely sought value for money, I should think the Cubitt is the British Car that comes nearest to this point.”

That Mr Edge was Selwyn Francis Edge, the super-successful Sydney-born businessman who moved to the UK in 1871, grew up as a top cycle racer and became a leading businessman and racing driver in the early days of motoring.

However, the County Life ad did not mention that he just happened to be managing director of William Cubitt & Company at that time.

The company was a subsidiary of Holland, Hannen and Cubitt Ltd, a highly respected civil engineering and construction company that built a large part of central London, including the new east-wing of Buckingham Palace, Covent Garden Market and Queen Victoria’s summer retreat — Osborne House, on the Isle of Wight.

Edge was mainly associated with selling and racing De Dion-Bouton, Gladiator, Clemént-Panhard, Napier and AC cars, but also ran the Cubitt operation for about three years.

The first Cubitt offered for sale was a 16/20-horsepower car priced at £298, which turned out to be too cheap, so the price rose by a £100 within the first year.

The original production target was to build 5000 cars a year but the 1000-strong workforce was struggling to produce even 60 cars a week.

The company lacked the experience in applying American mass production techniques and it was shut down within five years.

Of the approximately 3000 cars built, only five are known to exist in the world today.

Despite being extremely rare, the last Cubitt known to have been sold, at an auction in 2006, commanded a figure of only $15,000 US dollars.

However, one of the ‘Fortunate Five’ is in Australia, in the WA Motor Museum.

It’s one of the first cars built, a 1920 model, and it sits alongside another rarity: a Rockne.

That too, has quite a history.

The Cubitt and Rockne are among the many cars of all sorts, sedans, coupes, racers, early electrics, microcars and one-offs that pack the vast purpose-built premises in Whiteman Park, a scenic bushland area about 20km north of Perth.

Rockne was a lower cost American car produced by the Studebaker Corporation from 1932 to 1933.

The brand was named for the greatly respected University of Notre Dame football coach, Knute Rockne.

However, on March 31, 1931, only 12 days after being appointed sales manager, Knute was killed in an aircraft crash.

The Rockne used a six-cylinder engine, offered lively performance and about a dozen different body styles were catalogued in 1933 — its last year of production.

Stiff competition and the Great Depression combined to shut down the company and many other US brands and businesses.

Then there’s the Giocattolo, a spectacular modernistic sports coupe that, despite its exotic Italian name (which translates to ‘toy’), was an Australian-built car.

It used an Alfa Romeo Sprint body, much modified by former McLaren Formula 1 engineer Barry Lock, and first appeared in 1986 with a mid-mounted Alfa V6 engine.

But the V6 engine had proved to be too expensive to import, so the company replaced it with a locally-developed HSV V8.

Only 15 Giocattolos were built before the company folded in 1989.

Thirteen are believed to still exist.

Then there’s a musty 1955 MG Magnette ZA in one corner, with its engine partially hoisted out.

It looks somewhat forlorn, but it also has quite a history.

It was once known as the ‘white whale’ while running in saloon car racing in Western Australia in the late 1980s.

Then in 1991 it had a change of colour scheme and Perth pharmacist Ken McKimmie drove the car 7000km across the middle of Australia to attend an MG gathering in Queensland — where it won its class at a hillclimb — then drove it back again.

McKimmie then wrote a book about his adventures, called MG Odyssey. It’s a great read, but good luck trying to find a copy.

Other motoring gems include a magnificent 1929 Packard, a 1924 Vauxhall 34/98, said to have been ‘Britain’s best sports car’, a lovely 1934 Triumph Gloria Speed Tourer, alongside a naked 1953 TR-2 undergoing restoration, some magic old motorcycles, among them a delightful  ‘Round Tank” BSA of 1924 and a 1914 Australian-made Liberty.

Formula 1 star Daniel Ricciardo’s Red Bull Renault, the one in which he won his first GP (in Canada) is on display; there’s a Stanley Steamer, a few all-electric cars that preceded today’s models by some 120 years, a replica of an early gold-mining site with a 1924 Rugby ute and an old Buick with a ‘Rust in Peace’ epitaph — though both still have good working engines — and about 200 more vehicles, each with its own story.

Allow at least two hours to tour the museum, or a day for a proper look.

There’s a lot to see, and diecast scale model fans will be astounded: the museum’s ever-growing collection which numbers thousands must be one of the most prolific in the world.