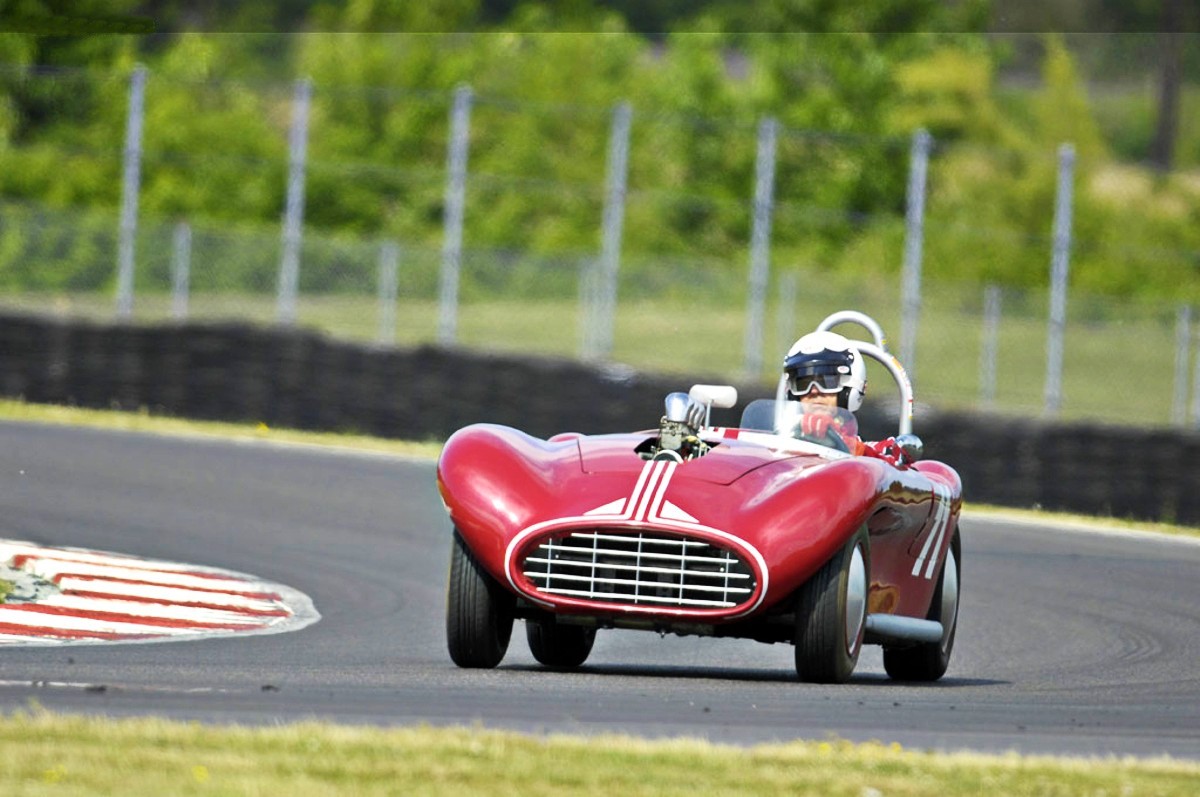 FRIDGES and motor cars have nothing in common, but many years ago in the US, you could walk into the nearest equivalent of Harvey Norman, Retrovision or The Good Guys — and drive out in a brand new car.

There, side by side with the whitegoods, were several models of Crosley cars.

They were pretty inconspicuous on the showroom floor too, being only the size of about three fridges — and nearly 85,000 were sold in the 1940 to 1952 era.

Despite that, they were not considered a financial success.

They were the brainchild of Powel Crosley, an American entrepreneur who made his first fortunes with radios and refrigerators in the early 1930s, then went on to motor cars and various other projects that earned him the title of  ‘the man with 50 jobs in 50 years.’

At the time of the Great Depression of the 1930s, only 8 percent of American households owned a refrigerator, but by the end of the decade — it had reached 44 percent.

The fridge quickly became one of the most important symbols of middle class living in the US and the top seller of the time was the sensational Crosley Shelvador, the world’s first fridge with shelves in the door.

Crosley employed 500 people at his Arlington Street factory in Cincinnati, working around the clock to keep up with demand.

He had almost US $1 million in unfilled orders.

But he also had a passion for cars and in 1939 he launched Crosley Motors, and began building his little, no-frills cars in Richmond, Indiana.

Always innovative, he broke with tradition and sold his cars through independent appliance, hardware, and department stores, instead of car dealerships.

Only some 6000 were sold during the WWII years, but sales rose post-1945 and a variety of Crosleys were made.

The first models had an 200cm wheelbase and 640cc twin-cylinder, air-cooled Waukesha engine.

There was a sedan and coupe, priced at US $350, then a mini-ute was added, and from 1945 cars were powered by an innovative four-cylinder, overhead-cam engine called a CoBra.

Not the snake, but so-called because unlike conventional engines with cast blocks, it was built from an assembly of steel tubing and stampings assembled in a jig, then copper-brazed together.

The range included a sports model called the HotShot, and a Farm-O-Road multi-purpose vehicle.

The CIBA engine was standard on the HotShot and the engine was retrofitted to many other cars.

Owners of CoBra engined cars could retrofit CIBA units for $89.

A Crosley HotShot also won the 1950 Sebring endurance race, and some other competition brands, Bandini among them, were often powered by Crosley engines.

The Crosley plant in Marion, Indiana, was sold to the General Tire and Rubber Company.

My first encounter with a Crosley was as a toddler when our fridge was a Crosley Shelvador.

When my dad bought a new one, maybe 25 years later, the Crosley went to my brother, and it was still in his possession, serving as a beer fridge in his den, 50 years on and it could well still be doing its job somewhere to this day.

When I was 16, I hitchhiked to Palmietfontein airport, about 30km south of Johannesburg, to see the Ferraris of Peter Whitehead and Tony Gaze competing in the Queenshaven Settlers Trophy races.

That was in 1956, and I got picked up by a couple in a little Crosley car.

I had seen a handful of the tiny US cars on the streets of Johannesburg during the 1950s, but that was my first, and last ride in one.

Unforgettable too, in that the crazy driver used the car’s tiny dimensions to squeeze into tiny gaps in the traffic and to drive on the sidewalks of the satellite town of Alberton — to leapfrog the mass of traffic heading to and from the racing circuit.

Until very recently, I had no idea that the fridge and the car were the work of the same man: Powel Crosley.

Apart from introducing the first compact car to US consumers, his was the second company to fit radios in its cars; he made the first push-button car radios and he was, from 1949, the first American carmaker to have disc brakes on all models.

He also introduced soap operas to radio broadcasts, built the first refrigerator with shelves in the door, launched the world’s most powerful commercial radio station (WLW, at 500kW) and installed the first lights on a major league baseball field.

Among the noteworthy people who owned Crosley cars were General Omar Bradley. Humphrey Bogart had one of the early twin-cylinder models, as did Gloria Swanson.

The cars are not known to have been sold in Australia, but I’m aware of a wagon version that was sold on the eastern seaboard a few years ago — for about $18,000.

Slightly confusing is the Crossley brand, (with a double S), but they were UK-bred and totally unrelated to Powel’s cars.