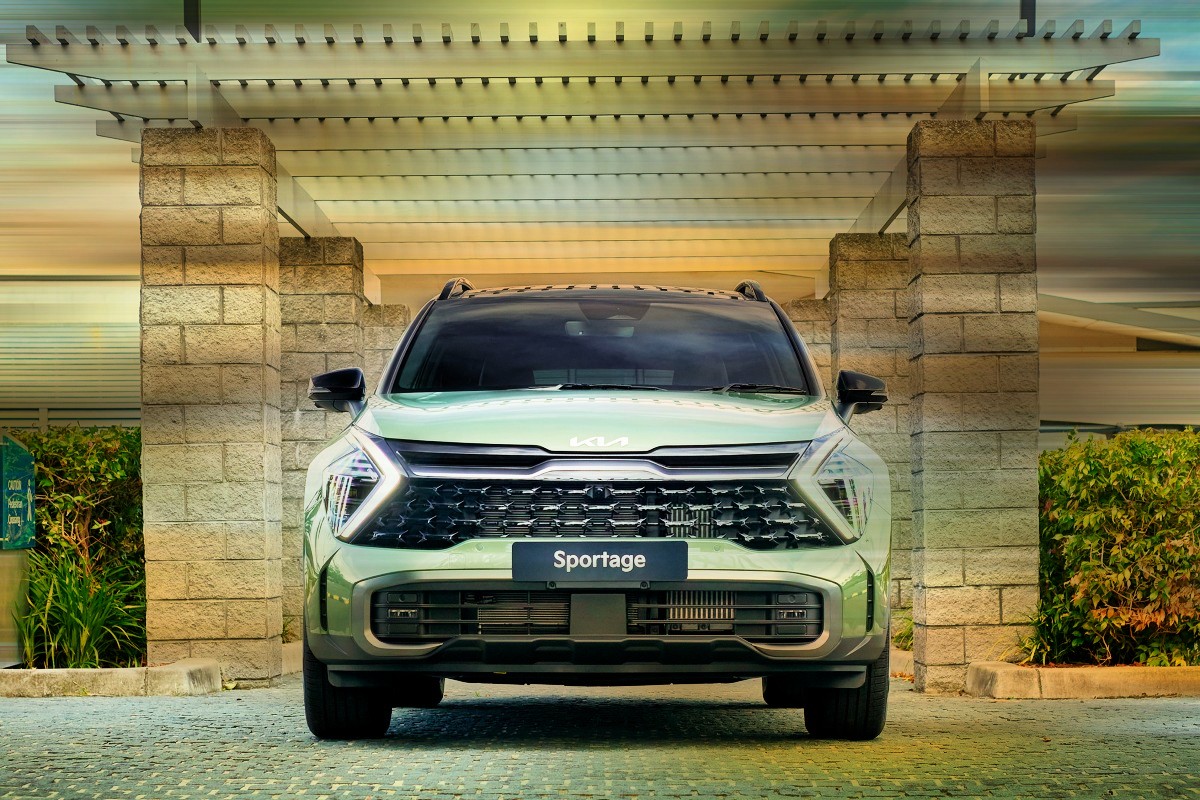 Kia’s all-new Sportage will play a key role in the company’s final push to join Hyundai at the top of the sales charts.

The five-seat, mid-sized SUV is back with ultra-modern looks, with striking LED head and boomerang-shaped daytime running lights.

The look carries over to the rear where elaborately shaped tail lights scythe into the bodywork.

With Hyundai sitting third and Kia currently fifth in the top 10 rankings for new car sales, the arrival of new Sportage will put pressure on Ford and Mazda above it as the company presses home its claim.

Sportage is Kia’s number one selling vehicle worldwide but currently sits at number three in the lineup here, behind Cerato and the smaller, more recent Seltos.

“The all-new Sportage promises to be a substantial evolution over the outgoing Sportage and is a true reflection of where not only the nameplate, but the Kia brand is heading,” Kia Australia boss Damian Meredith said.

Sitting on a new N3 platform, that it shares with Hyundai Tucson, the new model is larger in almost every dimension, with more legroom room for rear passengers and a larger luggage area that retains a full-size spare.

In fact, this time around Kia has developed two, different-sized versions of Sportage — short and long wheelbase versions for different markets.

We take the longer 4660mm version, that is 175mm longer than the current model and has an 85mm longer wheelbase.

The larger 2.4 petrol engine (135kW/237Nm) has been dropped and there’s no hybrid, although one is offered overseas.

The 1.6-litre turbo is paired with a seven-speed dual-clutch style transmission and we’re told provides “much improved” low-down torque.

In SX+ and GT-Line variants, the transmission sends power to all four wheels for improved performance and handling, particularly in low grip situations.

Six and eight-speed autos are also offered, plus a six-speed manual in the entry S model.

The dash has been totally redesigned, with a sweeping design that creates a feeling of width and spaciousness — and a driver-focused layout.

It incorporates twin 12.3-inch digital screens, one for instruments, the other an infotainment touchscreen in the GT-Line — with a blind spot monitor for added safety when changing lanes.

To maintain a hi-tech image across the range, a digital display with a 4.2-inch multi-function LCD replaces traditional analogue gauges in S, SX and SX+ trims.

Debuting in the GT-Line is a 3D surround view monitor which optimises images from four cameras — front, side mirrors and rear — to provide a 360-degree view in various modes.

The newly applied 3D feature allows the user to easily zoom and drag the camera view to suit their needs.

Gambold has localised the ride and handling of more than 50 Kias over a 10-year period.

“While it’s been a challenge due to COVID complications and taken a little longer than usual, NQ5 is sporty, youthful, fun to drive, yet comfortable and capable of soaking up even the harshest of road conditions,” he said.

“While it’s a high bar, I’m confident it will be an even better ride than its predecessor.”

Whatever happened to eight-track?

It features Forward Collision-Avoidance Assist (FCA), which helps avoid collisions with other vehicles, pedestrians and cyclists in front of the vehicle while driving.

Information is then displayed on the instrument cluster.

The optimised speed can then be used to set the Speed Limiter or Smart Cruise Control by confirming the speed limit.

All-new Sportage will be available in eight colours, five of which are new.

Pricing and more details will be available closer to the October launch.

The current Sportage range kicks off at $30,490 before on-road costs, but expect this figure to rise (but not by too much).

To put this in perspective, prices for Tucson start at $34,500 but this is with an auto — there’s no manual.