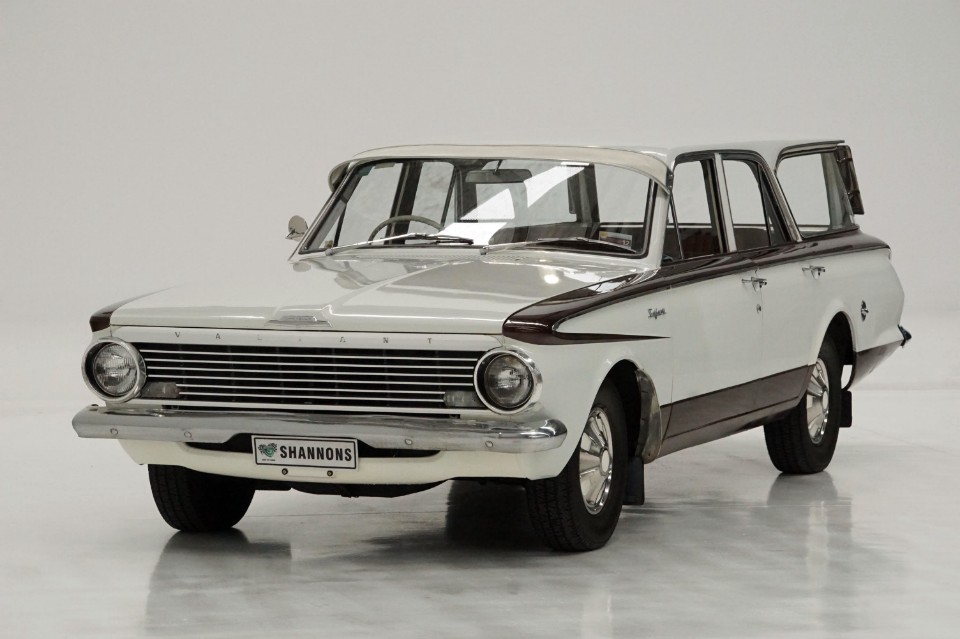 Grab some roof racks, stick your board on top and you could be the coolest dude on the block at the wheel of this bargain retro wagon.

This 1964 Chrysler Valiant AP5 Safari Wagon is expected to fetch between $8000 and $12,000 when it goes under the hammer in Melbourne in a couple of weeks, with no reserve.

In addition to the basic sedan and upmarket Regal models, the AP5 Valiant was also offered as the Wayfarer utility and Safari station wagon as offered here, giving the car added versatility and appeal.

With a 225 cubic inch six cylinder and push-button 3-speed auto, Chrysler had trouble keeping up with demand for the new Valiant.

The AP5 continued Chrysler’s tradition, laid down by the earlier R and S-Series, of building cars with appreciably more performance than their Ford and Holden equivalents.

Traditionally it’s been racing, sports and limited-edition models that have attracted the most interest.

But in recent times there’s been increased interest in the wagons, because they evoke youthful memories of sun, fun and surfing, and because they make very practical family cruisers.

One of the better-looking wagons, the AP5 Safari offers loads of space for passengers and cargo or dogs, and plenty of ‘60s style.

It had been in the ownership of just one person for an amazing 53 years, until the current owner purchased the car from a deceased estate in Western Australia a few months ago.

The Safari wagon has been repainted its original white with brown highlights, off-setting the original brown vinyl interior.

There’s a tow bar too.

The engine runs beautifully and in this particular car you change gears by pushing a button — I kid you not — check out the photos.

The car has been maintained by the original owner’s son.

The Safari is very complete and would benefit from a clean-up, and make a nice entry level weekend family ride.

Previously on full WA registration, it is being sold here unregistered and with No Reserve.

Shannons will auction the car on February 18.

CHECKOUT: When the shaggin’ wagon was rockin’