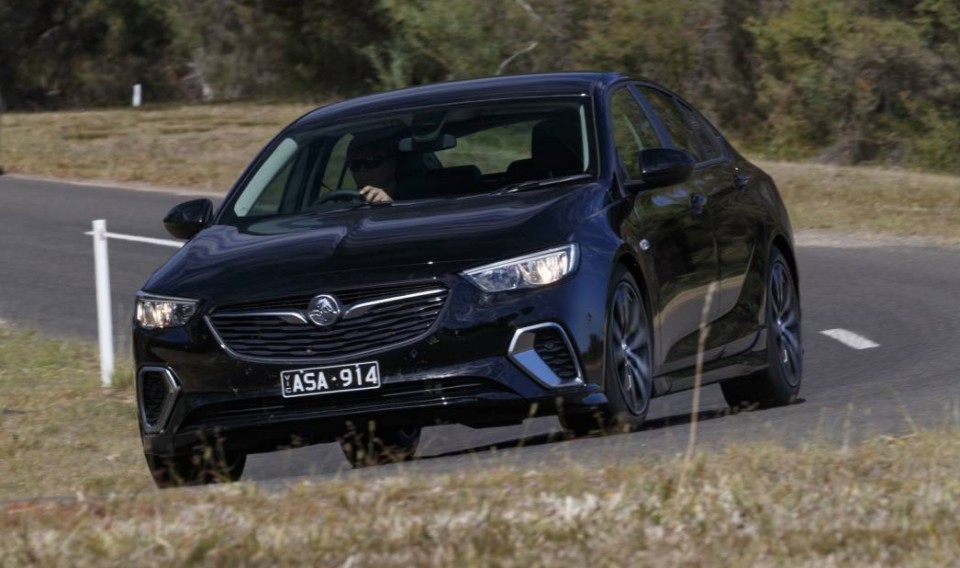 A simple question yet the answer is a complex one.

It’s the new Commodore, but at the same time it’s not really a Commodore.

Think of it as the car known as Commodore, a replacement for the homegrown product no longer produced since the close of local production.

In point of fact, it’s a fully imported, a rebadged and reworked version of the Opel Insignia, that we’ve seen previously under its original name.

For some buyers, it won’t cut it and will be a deal breaker — others simply won’t know or care.

In terms of the big picture, the success or otherwise of this car could have major implications for the validity of the brand as a whole in Australia.

With no locally designed or built product to offer, Holden is no longer intrinsically Australian and failure could very well see the demise of the brand and rise of Chevrolet as GM’s locally distributed product.

There’s also the French factor to consider, because Opel has been sold to the PSA group and that means GM could conceivably lose access to the car in future. 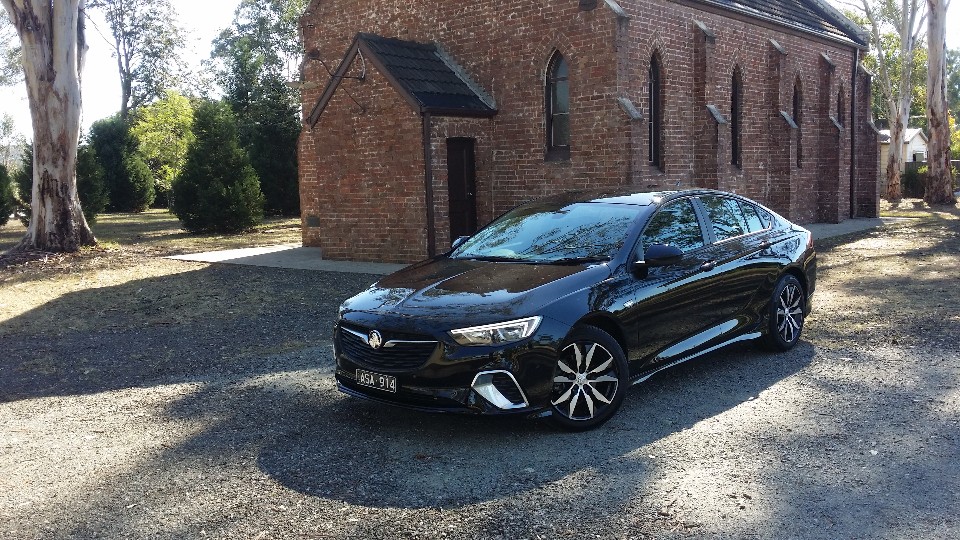 Prices start at $33,690 for the LT liftback with a 2.0-litre, turbocharged four cylinder engine.

Our test vehicle the RS adds: 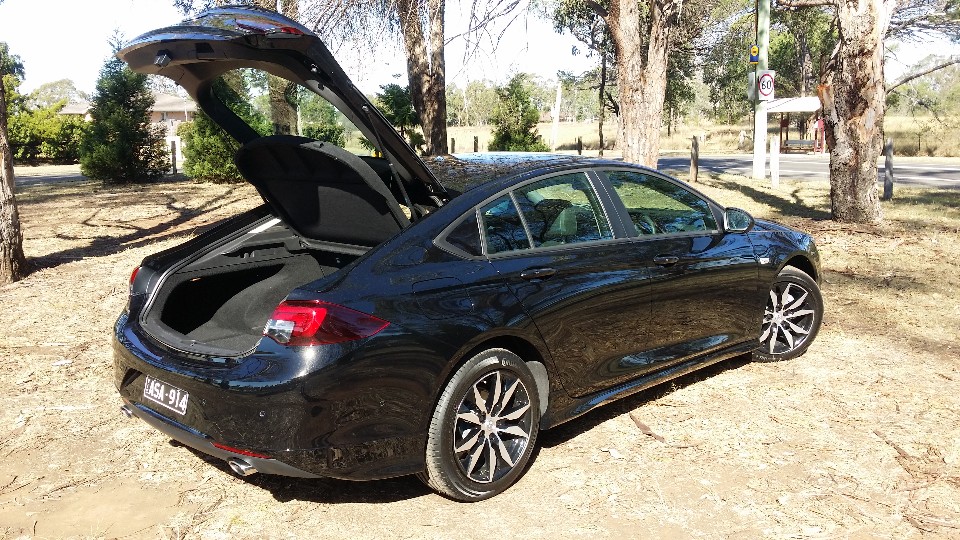 Not bad at all.

Our test vehicle was the 2.0-litre turbo, front-wheel drive RS Liftback (there is no sedan).

We say front-wheel drive, because Commodores until now have all been rear-wheel drive cars, a design that lends itself to burnouts and motor racing.

There’s also an all-wheel drive version, but if you want one you’ll have to take the V6 along with it, and together they are considerably more expensive.

Purists won’t be interested in the car because it’s front wheel drive and even less so because there’s no V8, nor one on the horizon.

The SS badge, Holden says, is being “rested” for the time being.

But let’s remember for a moment the Falcon came with a four cylinder turbo and it went pretty well too — it’s just that no one bought one.

The Ford engine produced 179kW of power and 353Nm of torque. The GM unit delivers 191kW and 350Nm and, Holden claims, is the “quickest base model Commodore ever”.

The four is teamed with a conventional 9-speed auto (yes nine-speed) with fuel consumption rated at 7.6L/100km — and it takes premium 95 unleaded.

Getting into the car for the first time we felt the cabin was drab, down market and very un-Holden like after the bling of the VF –especially the instrumentation which is decidedly low key.

The cloth seats are firm but comfortable enough, with plenty of legroom front and back, and air outlets for back seat passengers — but the cabin lacks storage space.

Acceleration from the 2.0-litre engine is sharp and the the gear changes are nice and smooth, and it doesn’t seem to be plagued by the “overchanging” that has marked other such transmisions.

BUT it does take a second or two to spur into motion when you’re cruising along and gear change paddles would have been nice, especially when hauling arse.

Holden has obviously spent a lot of time and energy getting the ride right, because it feels like a Holden, with the right bumps and thumps at the appropriate moment.

We did however manage to find the limit of suspension travel and get the rear end to move sideways when it unloaded during some ethusiastic country kilometres.

Think sporty, but not too sporty.

The car felt at its best putting away the kilometres in lazy country driving.

I’ve gotta say though the brakes are spectacularly good and mid-corner grip is tenacious, thanks to the Continental rubber.

The downside is that the tyres will set you back at least $200 a pop when they need replacing (the boot hides a space saver).

Autonomous emergency braking is standard, with forward collision warning, that as its name suggests, flashes a warning if required, with three-step adjustment for distance.

But the adjustment didn’t seem to make much difference and try as we did, we could not provoke the emergency braking to kick in.

The liftback configuration is far more practical and earned its keep on the first night when we had to pick up some flat-pack furniture.

The electric parking brake, located on the far side of the centre console, is a pain to reach with a sports drink in the cupholder.

And the lack of satnav is unforgiveable — who cares if its got CarPlay or Android Auto to “project” your phone?

In terms of fuel consumption, we were getting 8.7L/100km after more than 500km of mixed driving. 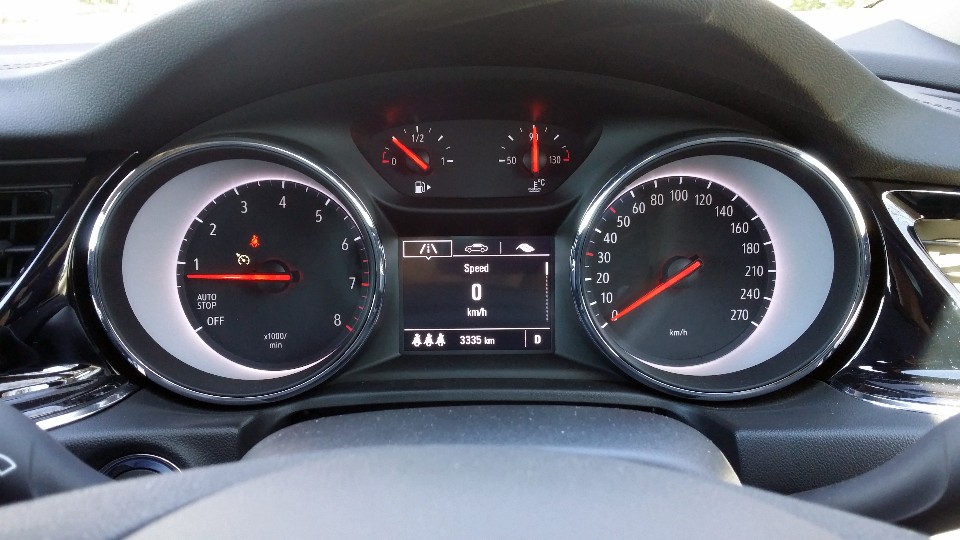 That’s a thumbs up from us, but the new Commodore is going to need more than that. More than anything it needs some “wow” power. Take the badge away, or even worse stick an Insignia one on — and the reality is that it would sink without a trace. 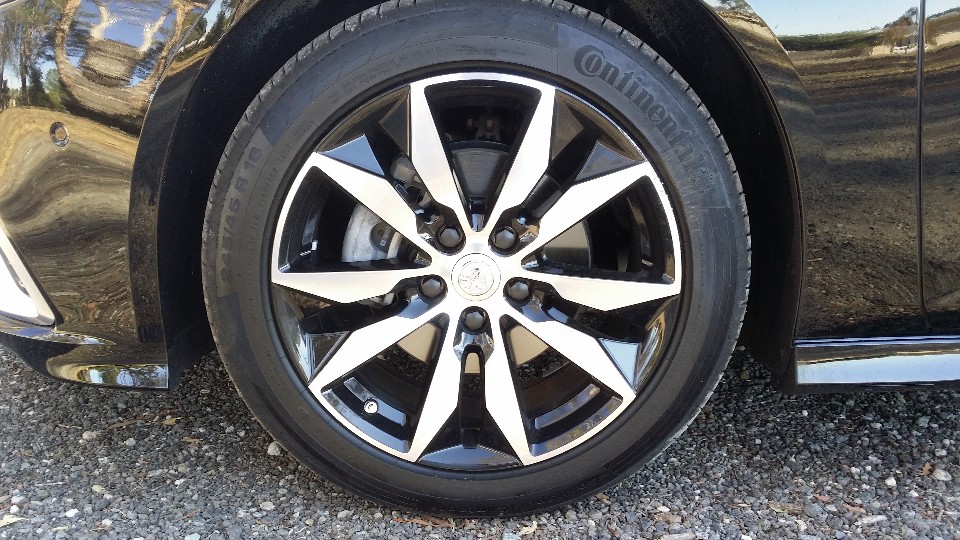 CHECKOUT: Holden battens down the hatches as sales head south
CHECKOUT: The Holden that came with a factory rotary