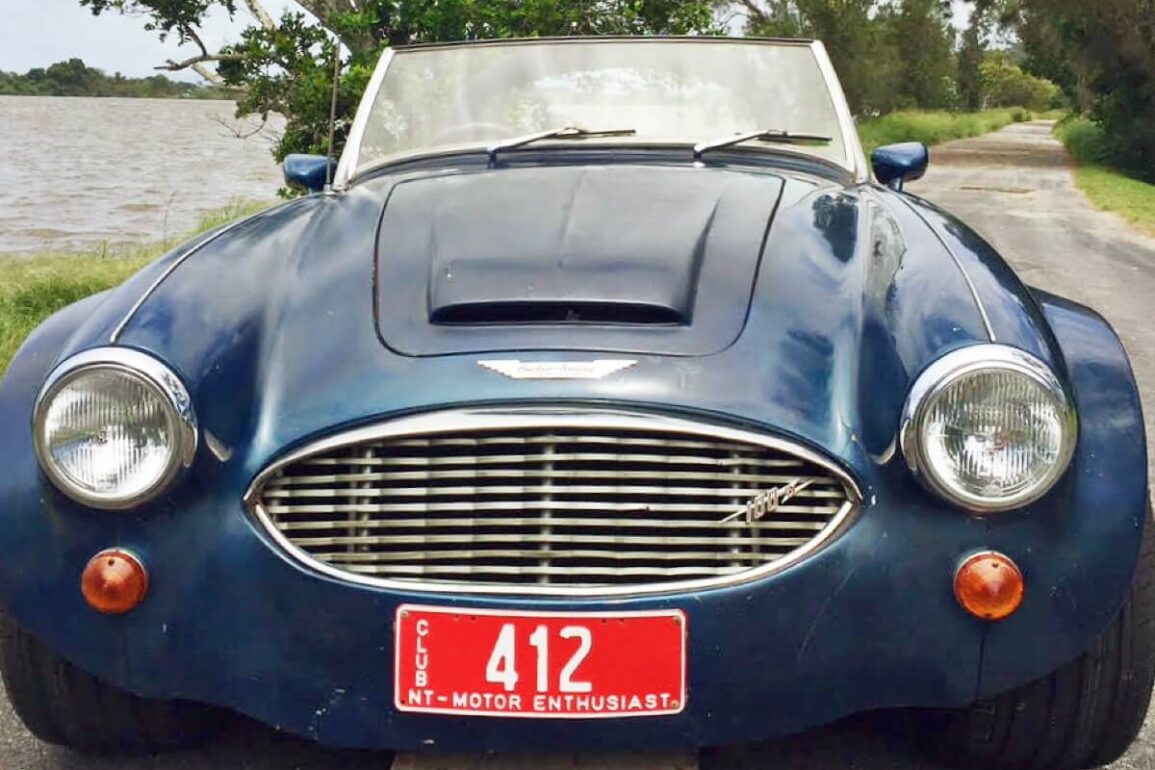 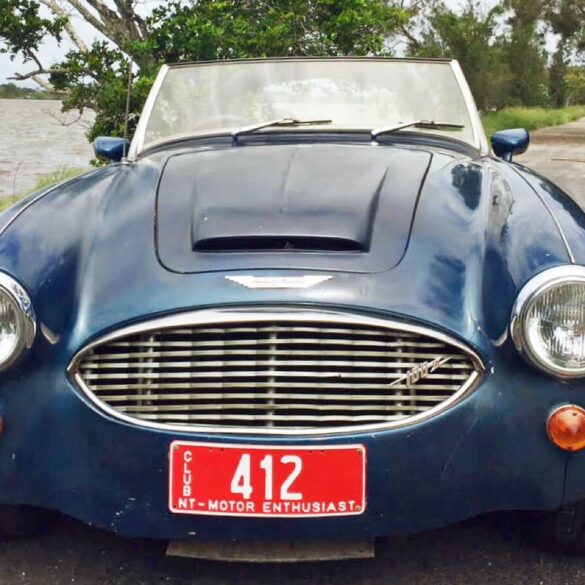 For most of my adult life I’ve had a weakness for boys’ toys of some kind and at the head of the list is performance cars I didn’t really need, but really wanted.

Cars like my now super-rare MGA Twin Cam roadster, a BWM 633 CSI , an Italian racing red Porsche 928S and a brand-new 1986 Fairmont Ghia wagon that I had professionally turbocharged.

While I’m a journalist by trade, most of my working life was spent in corporate and consulting PR, issues and crisis management and corporate communications generally.

During these busy 35-odd  Melbourne-based years, I was also a farmer and ran a 130 hectare cattle and sheep property during my weekends and every other spare minute.

At one stage during this period, this was my toys inventory:

I wasn’t short of vehicles.

These days my toys are limited to the family Territory Ghia, Nissan 350Z roadster and because we’re fortunate to live on the water, there’s an 80hp Yamaha, four-stroke-powered, Quintrex 490 Freedom Sport bowrider launch — and a kayak moored on my pontoon.

Now to the point of the story.

My mate Gary next door and his wife clearly outdo me in the toy department.

As well as a hugely powerful 6.2-litre Four Winns launch parked beside their pontoon, their other toys include the RAV4 family chariot, a motor home, V8 Charger (that’s hers),  rare modified V8-powered Austin Healey and their latest acquisition — a beautifully hot-rodded 1948 Bedford ute.

The bright-yellow beast is powered by a 350 Chev V8 mated with a Turbo 400 transmission.

Stopping power comes from disc brakes all round.

It sounds and goes like no Bedford ever did.

All of that said, it’s the Healey upon which I’ll focus.

In 1980, the car underwent a major and creative transformation.

Diff and axles are original, but the rear suspension was modified with the fitting of Wolseley hubs and Girlock disc brakes with dual power-assist boosters.

The front suspension remained original but again, the front discs were replaced with Girlocks.

The V8 was mated with a Ford four-speed top-loader.

To give the car better balance, the P76 engine was mounted further towards the rear and custom extractors were built and fitted.

To refine the steering, a Subaru rack-and-pinion set-up was fitted and the result is precise, light steering, despite the 265/15 inch rubber.

The rear wheels are rather bigger, with 275/15s – and all the boots are brand new.

While my mate has not been able to confirm the identity of the clever engineer who created the special Healey, the best evidence suggests that it was one Harvey Lewis, from Melbourne — and he apparently produced three or four examples.

Body-wise, the Healey retains the original doors, while the seats and interior that have been tarted up a couple of times over the years as well as the dash and gauges.

The rest of the bodywork, including the mudguards and wheel arches, is custom-formed fibreglass.

Unmolested examples of the Austin, including a Cobra.

While the engine and gearbox remain original, the Healey was recently fully rewired for total electrical reliability.

Around 1990 a Darwin couple bought the car and shipped it north.

As well as enjoying the car out on the open road, they also raced the Healey at the then new Hidden Valley circuit.

The car’s most significant motor-sport event was the tragic 1994 Northern Territory Cannonball Run.

In May that year, 118 cars, their drivers and support teams descended on Darwin for what promoters described as “ . . . the first legal no-speed-limit  Cannonball Run.”

The event gave drivers the chance to drive flat-out on the remote Sturt Highway.

At that time it was the only stretch of bitumen in Australia without a speed limit.

The total distance of the five-day event was 3755km and there were three categories – exotic cars, super classics and grand tourers.

Among the exotics were Lamborghinis, Ferraris, a Maserati, an Audi Quattro, a Dodge Viper and one well-heeled entrant even brought along his Rolls Royce Silver Shadow.

My mate Gary’s Healey was classed among the grand tourers.

Australian muscle was represented by the likes of GT Falcons, including HOs and a VL Walkinshaw SS Commodore

Without doubt the overall star attraction among the cars was what was then the world’s fastest car – the legendary Ferrari F40.

Tragically, however, the car’s wealthy owner, a Japanese dentist and his co-driver, and two volunteer officials, were killed when the red supercar crashed out of control under brakes at the end of a timed section.

While in recent years there have been Targa events in several states, the Darwin accident spelt the end of Cannonball Runs.

Of the 118 competitors that started the event, 100 finished and the Healey came in 82nd.

In 2001, my mate bought the car from the Darwin couple.

They owned as wrecker’s yard and the car was parked outside in the rain with a “for sale” sign stuck on it.

It was the first time my mate had seen the car.

He recalls: “I took my mechanic mate with me to inspect the car and he said ‘you’re a braver man than me if you buy it. My wife would kill me’.”

Once the car was at my mate’s Darwin home, all that was needed was new tyres and a brake recondition.

Back then, there was no speed limit on outback Territory roads and my mate admits to seeing 190km/h with his wife hanging on for dear life.

With the recent acquisition of the hot-rod Bedford, the Healey now represents one toy too many — and it’s on the market.

On the way to a location to photograph the car, Gary gave it a couple of serious squirts.

The noise and the grunt are nothing short of amazing.

If you’re interested in this Cannonball classic, drop Gary a line at GRClemo@hotmail.com

Memorabilia associated with the event.

CHECKOUT: Cannonball car a star all over again

CHECKOUT: You’d have to be Mad or Max or both!