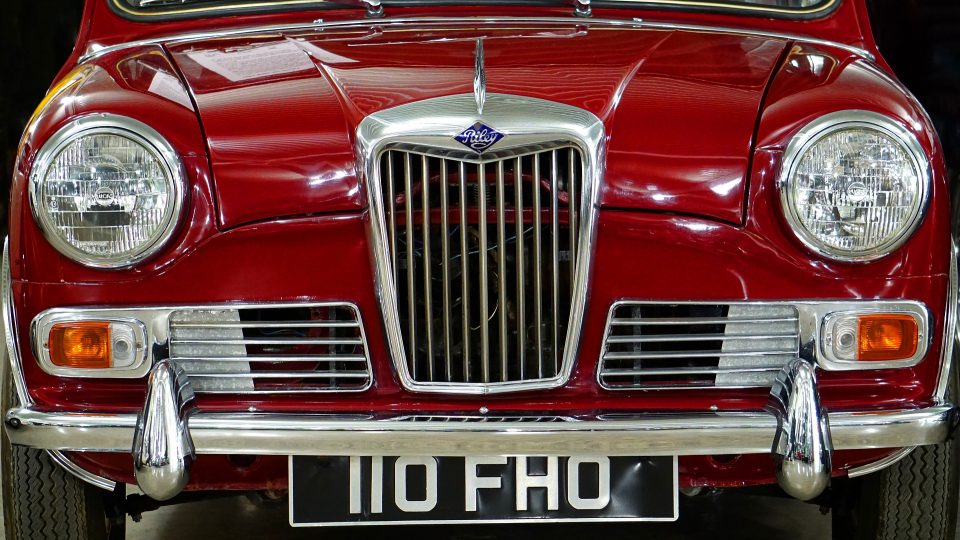 Churchill must be turning in his grave

Home
Wheel life
Churchill must be turning in his grave

A while back, after much procrastination, I finally got around to tidying up the bookshelves in my office.

They are crammed with mostly motoring/car books of every shape and size that I had collected or been given over five decades.

The two smallest volumes are titled “The Observer’s Book of Automobiles”.

They were first published in 1955 by Frederick Warne and Co Ltd, of London.

A fascinating sidelight of the Frederick Warne story is that a struggling young author named Beatrix Potter submitted her first manuscript to the  company, but like five other publishers – it was turned down.

The book was called The Tale of Peter Rabbit. Subsequently, Warne changed their mind after they saw a privately published copy in 1901.

The following year they decided to publish the book providing the illustrations were in colour and by Christmas more than 20,000 copies had been sold.

Beatrix and Norman, the younger of the three Warne brothers, became engaged — but tragically he died just a few weeks later.

For 40 years, Frederick Warne published Potter’s books and, in 1983, the company was acquired by Penguin books.

The first of my little automobile-observer’s books was edited by Richard T. Parsons and the second edited and revised by one L.A. Manwaring.

Both carried a forward by a young British racing driver who was showing a bit of promise at the time. Stirling (later Sir Stirling) Moss.

Both were originally published in 1955, but one of my two was an updated 1959 edition.

Each volume has nearly 300 pages and both are filled with black-and-white pics to illustrate cars as well as basic engine and dimensional details.

Often there is also a bit of history of the marque in question.

The story of my two little observer’s books goes back about 10 years when a late dear mate of mine found the books in a box when he was moving house.

He had been given them as a kid and they each cost the princely sum of 8 shillings and sixpence.

As a busy motoring journalist at the time, he thought they would be of more interest to me than him.

As well as being one of my great mates, he was also a hero of mine.

He was a Vietnam Vet whose number came out of the conscription barrel.

He was out in a paddy field one day, crawling along on his hands and knees, beside his sergeant, gingerly stabbing the ground with their bayonets to find land mines.

They found one all right and the resulting explosion made my mate a triple amputee.

After returning to Australia for about a year’s treatment he resumed his life, got married to a wonderful wife, had a couple of great kids and went back to work as an international meat trader.

Some 50 years on, leukaemia claimed him … something the Viet Kong never could.

Naturally, when I saw my little car books tucked away on the bookshelves, I thought of my mate and felt the need to burst into print.

In the first, Sir Stirling writes in his forward: ”Since the automobile first appeared before an amazed world, its shape and mechanical configuration has changed many times to arrive at the car we know today with its flowing lines, powerful engine, automatic transmission and reliable brakes.”

Sir Stirling died just last year, but I wonder how he would word a forward if were he to put pen to paper for a book’s forward in 2021?

But back to the little car books.

Flicking through them again for the first time in probably five years I was again struck by what has happened to the once-great British car industry.

With the demise of so many companies and brands, it’s fascinating to note that Morgan is now Britain’s largest locally owned car company.

While things like Vauxhall and Ford certainly have significant operations and models from which punters can choose, they are long-since owned by GM and Ford US.

Just look at the list of brands that have gone to the great wrecking yard in the sky.

While I acknowledge that many of our younger readers will not have heard of a heap of these names, I can assure you that they were all at one time fair-dinkum car manufacturers.

The other badges that have survived include MG, which is now Chinese owned and Jaguar/Land  Rover that is now being extremely ably run by India’s Tata group.

There’s still Aston Martin and its home remains in the UK and it operates under largely private-equity ownership, but still seems to lurch from financial hurdle to financial hurdle.

The two glamour British brands, Rolls-Royce and Bentley, are still alive and well but are now owned by BMW and Volkswagen respectively.

Winston Churchill would be turning in his grave!

One saving grace for things motoring in Britain is how the country dominates the Formula 1 racing industry.

With the obvious exception of Ferrari and Renault, just about all the other teams are British-based and full of British engineering and design talent.

None remains. Like the cars, it’s a Pommy tragedy, and don’t get me started on the tragedy of the British motorcycle industry — just think of the great brands that are no more . . . snuffed out largely by the rise and rise of the Japanese brands.

Looking back on more than 100 years of car, truck and motorcycle production, the Poms have a lot to be proud about.

It’s just so sad they have lost their way so tragically.