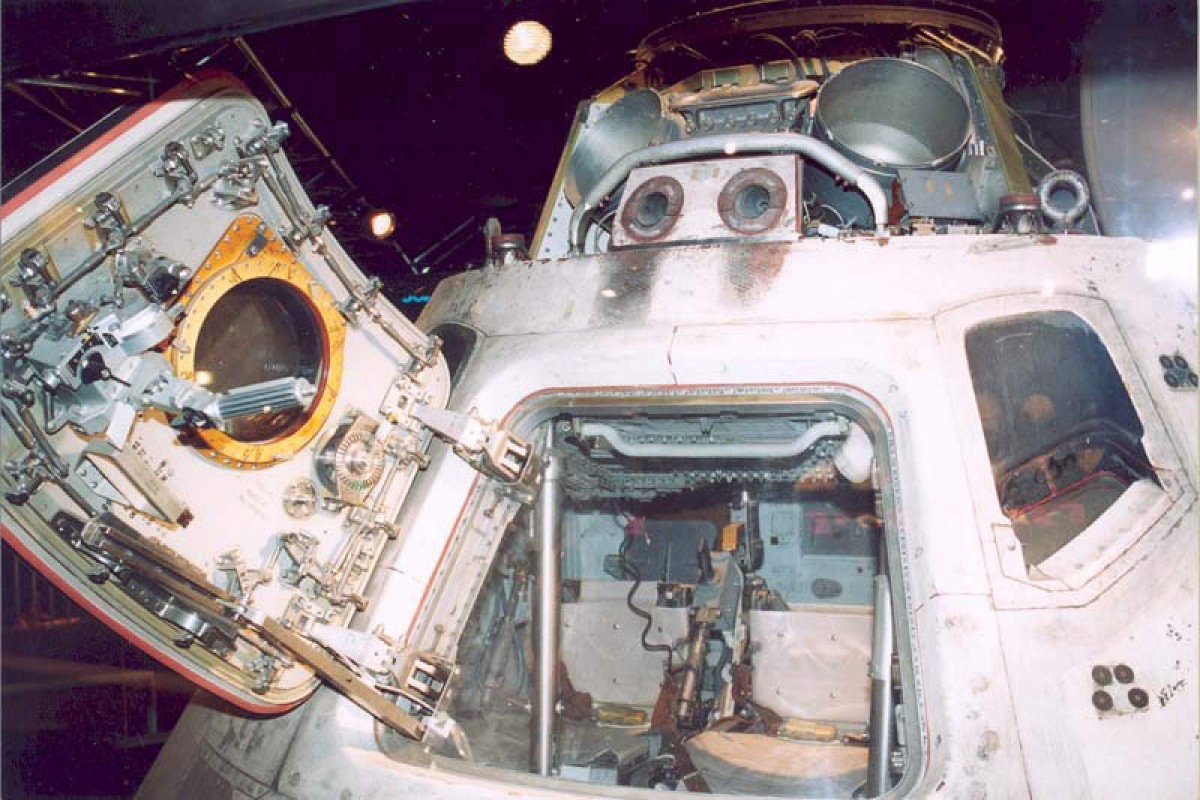 Christmas is a time when families get together. Apollo astronauts too.

“In the beginning, God created the heavens and the Earth,” according to the Book of Genesis.

These words and more were spoken by the Apollo 8 astronauts on Christmas Eve, 1968 — as they orbited the Moon.

Musician Mike Oldfield sampled the beginning of the speech in his album, The Songs Of Distant Earth, a musical complement to the seminal novel by Arthur C. Clarke.

It’s fair to say the second half of the 1960s, in a scientific sense, was a period of frantic work in an effort to make good on President Kennedy’s promise to put a man on the Moon by the end of the decade.

That was Apollo 7 and its mission was to orbit only the Earth.

Apollo 8’s mission was to reach out to the Moon and go into lunar orbit in preparation for an eventual manned landing.

Borman and Lovell had been into space before. This would be Anders’ only trip as an astronaut.

Lovell was lucky, in one respect, to be part of the mission as Michael Collins was originally designated to fly.

But a medical procedure saw Collins re-assigned to a later mission . . . Apollo 11 as it turned out

This was in preparation for a TLI, or trans-lunar injection burn.

After confirming everything was “go”, Collins, who was operating as CAPCOM while recovering from his operation, gave the go-ahead.

Part of their preparation for the lunar orbit was to uncouple from the final Saturn stage and perform close-quarter flying manoeuvres.

It would be at this time that the Earth could be seen in its entirety for the first time from space.

At the 31-hour mark, NASA had scheduled a TV broadcast, allowing the astronauts to attempt to show the Earth to Earth.

The quality of the black-and-white camera used wasn’t quite up to task, showing only a bright, over-exposed blob.

At 55 hours, a second attempt was made using the lens from a still camera which was more successful, providing the clearest images yet of Earth from space.

Just under 60 minutes later Apollo 8 became the first human occupied vehicle to fall under the gravitational pull of the Moon.

A burn was performed to give them a better view of the lunar landscape when nearer.

The 64-hour mark had the crew prepare for LOI or lunar orbital injection.

Four hours later and the go/no-go time had come.

The burn for LOI had to be done on the far side of the moon, and this was another first.

Apollo 8 would be the first manned vehicle to pass behind the Moon from the point of view of Earth, losing radio contact as it did.

At 69 hours, 8 minutes, 16 seconds after launch, the burn was performed successfully.

This took 4 minutes and 7 seconds, a time frame the crew described as the longest four minutes of their lives.

Exactly on schedule Apollo 8 reappeared and allowed the crew to describe the view from their 311.1 to 111.8km orbit.

“The Moon is essentially grey, no color; looks like plaster of Paris or sort of a grayish beach sand.

“We can see quite a bit of detail. The Sea of Fertility doesn’t stand out as well here as it does back on Earth.

“There’s not as much contrast between that and the surrounding craters.

“The craters are all rounded off. There’s quite a few of them, some of them are newer. Many of them look like — especially the round ones —look like hits by meteorites or projectiles of some sort.

“Langrenus is quite a huge crater; it’s got a central cone to it. The walls of the crater are terraced, about six or seven different terraces on the way down”

One of the mission’s main parameters was to look for landing sites for the upcoming scheduled missions.

A film camera had been placed in a window and snapped away at a rate of one frame per second. By the end of the mission, the crew had taken over 800 70mm still photographs and 210m of 16mm movie film.

Borman was cautious, constantly confirming with ground control that their engine status was optimal.

Their subsequent burns would lower Apollo 8 to an orbital height of 112.7km to 114.7km.

The fourth pass and Apollo 8 came out from behind the Moon to witness a phenomenon now known as “Earthrise”.

Anders got one black and white shot before Lovell quickly got a colour film camera and captured a sequence of photographs that have become part of history — the sight of Earth appearing from beyond the Moon’s horizon.

On the ninth orbit, and with a television link established, the trio introduced themselves, gave their impressions of the Moon, and each read from Genesis.

The broadcast was, at the time, the most widely watched television broadcast ever.

“And from the crew of Apollo 8, we close with good night, good luck, a Merry Christmas and God bless all of you — all of you on the good Earth,” Borman said.

NASA later produced a film with the audio added. You can watch it here

Two and a half hours later and a burn for a return to Earth was performed.

Lovell used their downtime to do some observations and navigational settings.

While doing so he inadvertently erased some of the pre-programmed settings, putting the craft into a slightly incorrect approach for landing.

It took just under 30 minutes to re-calculate and re-enter the correct settings.

This foreshadowed history for Lovell, as he had to perform a similar task under more drastic circumstances — just 16 months later aboard Apollo 13.

On the afternoon of Christmas Day, a new broadcast was made, showing the inside of the spacecraft.

At the 124-hour mark, on Boxing Day 1968, the final broadcast from Apollo 8 showed the clearest images yet of Earth.

The landing itself was uneventful, with the on-board computer system doing much of the work.