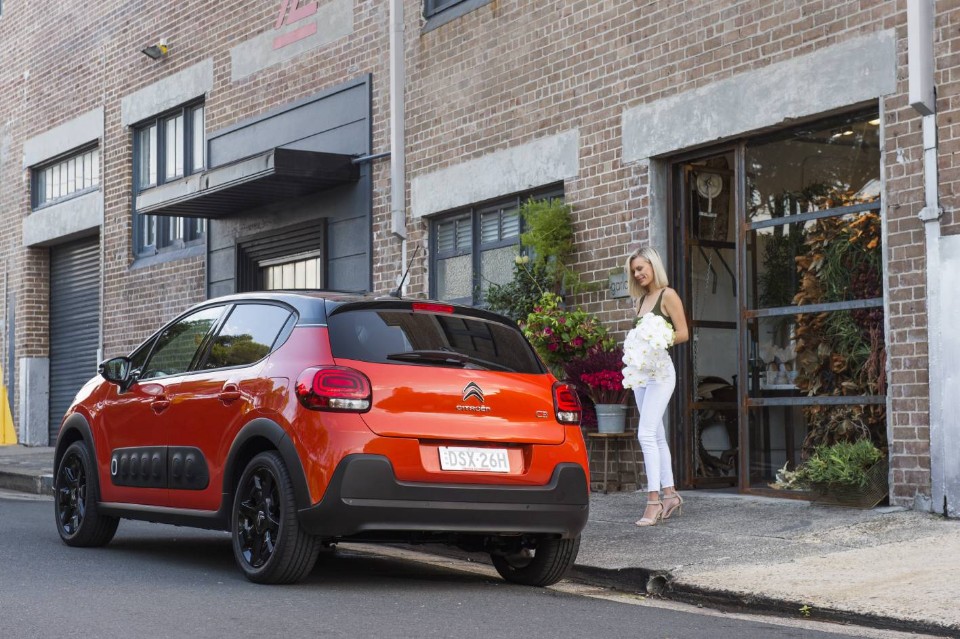 At a time when the loopy band of funsters known as The Greens are suggesting Australia should ban petrol and diesel cars by 2030, back in the real world, free of hallucinatory drugs, Citroen has launched its “fresh take on compact hatch styling” — the all-new C3.

With a (commendable) wish for cleaner air, The Greens want an end to coal-fired power stations while demanding government incentives to encourage the mass migration from internal combustion power to electric cars.

This somehow ignores the bold reality that charging a huge continent full of EVs every night can’t be accomplished from weather-dependant solar and wind renewables.

As ever, The Greens love to dream.

Yes, there will be a steady drift away from petrol and diesel cars to EVs and hopefully hydrogen fuel-cell cars too. But calling for a 2030 ban on combustion engines . . . doh!

Into the future, our ability to keep the lights and TVs on at home and at affordable prices, and power the ever turning wheels of industry is clearly a concern.

Add the prospect of recharging an EV in every household every night or two, and you can see why we’re nervous.

Unless The Greens have a cunning, subversive plan to get us on all aboard bicycles, that is. 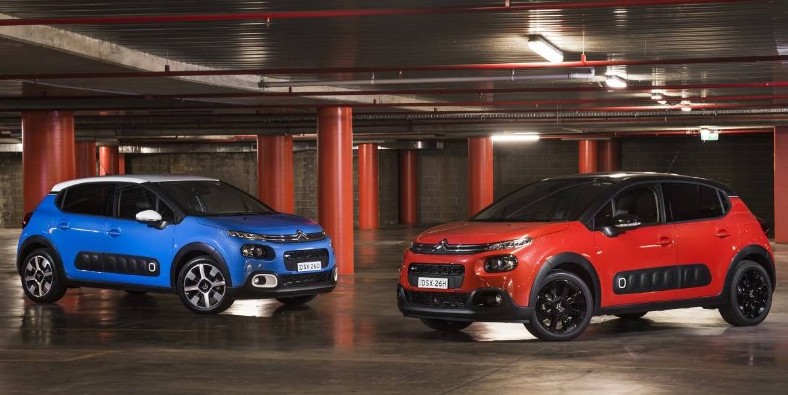 But back to Citroen and the all new petrol-engined C3 that has just slipped on to the Oz market, seeking to attract inner city types who want to be independent of bicycles, public transport and Uber.

The C3 joins a small catalogue of the French product –  the C4 Cactus small SUV, Grand Picasso people mover and Berlingo van – all of which is now under the control locally of importers Inchcape

The new C3 is unashamedly targeting the hip dudes and dudettes who prowl the cafes, boutiques and bars.

To reduce confusion, it’s offered with just one engine (a perky and torquey 1.2-litre turbo three cylinder) hooked up to one efficient transmission (an excellent six-speed Aisin auto).

The choices come in areas the hipsters prioritise: colours, trim and features. Customisation is king; there are 33 different exterior combos based around nine body hues and three roof shades.

Inside the funky cabin with its comfortable and well-supported front buckets, standard trim is Mica Grey, but it can be optioned with packages called Urban Red seating and dash highlights, or Hype Colorado orange inserts for the dash, seats and steering wheel hoop. Shoulder room is good, but tall people will struggle to fit in the rear.

The C3 is a bastion of visual individuality amidst an ocean of indefinable small hatches. You won’t mistake it for anything else, sitting on the road in a muscular way (think pocket Hercules, rather than a heavyweight), with a strong snout and short, efficient overhang.

A talking point will be the C3’s optional $600 ConnectedCAM, the first factory-fitted dash camera (located high near the rear vision mirror).

Capturing stills or video across 120 degrees on a 16GB hard drive via a two mega pixels camera, it can store and hold video in the cloud, and take vital shots of incidents or moments which can then be uploaded to social media — or your insurance company.

Airbump technology, seen on the flanks of the bigger Cactus, protects the lower doors from parking lot bumps and scratches.

Lane Departure Warning which warns should the C3 stray out of its lane at 65km/h or more is also included, joining the Suzuki Swift as pioneers of this safety feature in the segment.

Hill-start assist, and static cornering lights are standard too, but no keyless entry or automated emergency braking (watch this space, we are assured).

A 7.0-inch touch screen with hands free mobile connectivity is easily managed.  Sat nav can be integrated through Apple CarPlay or the Android Auto.

On the road, the C3 is pleasantly responsive. A power figure of 81kW at 5500rpm doesn’t sound spectacular, but 205Nm at 1500rpm sends a message about the engine’s strengths in a jigger weighing just 1090kg. The turbo three potter pulls easily from under 2000rpm, the auto helpfully finding the right gear.

The combined fuel figure 4.9L/100km should mean the owners need only give up one smashed avo or exotic cocktail to pay their weekly fuel bills. It complies with Euro 6 emissions which should (but won’t) satisfy the green people.

The ride tends to be on the plush side and most road bumps are not an issue. It’s a good match for our roads, which like many French country tracks, are merde.

The C3 Hatch rolls on 17-inch Goodyear efficiency rubber on a choice of alloy wheels. Below the 300 litre hatch area is a robust enough steel temporary spare.

The all-new Citroen C3 Shine carries a recommended retail price of $23,490 (plus on roads) and launchs with a $26,990 driveaway price (including metallic paint) till March 31.

These prices are not cheap but reflect the presentation and equipment the C3 offers.

C3 is a fun little runabout with the looks and character to attract young car shoppers.

But, as ever, the Citroen badge also carries with it some doubt.

What helps overcome this notional suspicion is recent news that all Citroens are now protected by a five-year/unlimited kilometre warranty and five-year roadside assist program.

Accent on confidence with 5-year warranty for French brands