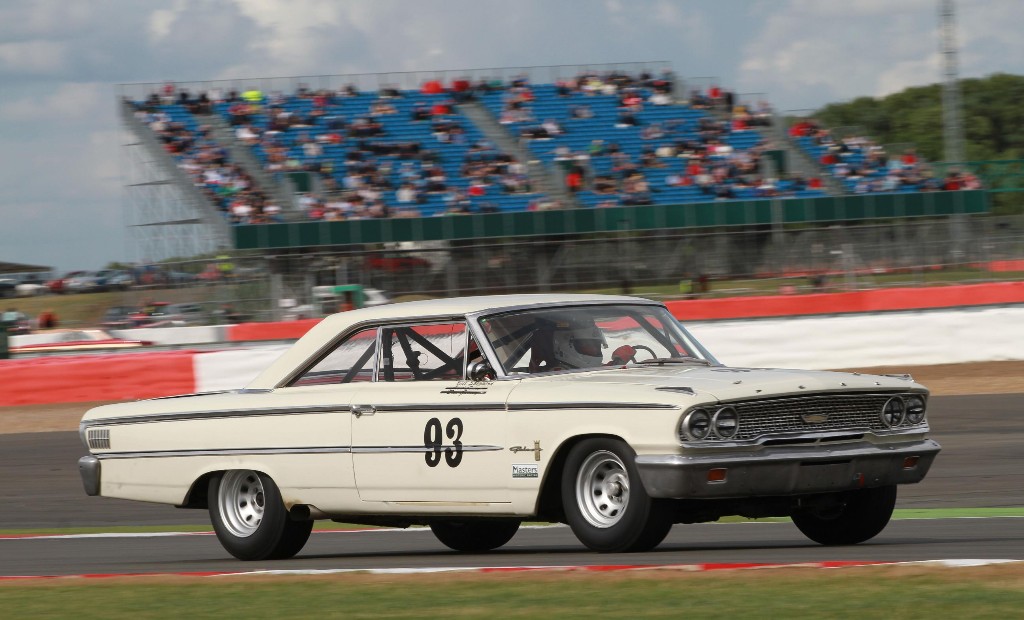 A chance encounter on a frozen lake has opened a time warp for one-time, world rally ace Stig Blomqvist.

Back in 1964, as a teenager, the young Swede jumped on his moped and headed off to watch the sixth round of the European Touring Car Championship at his local Karlskoga racing circuit.

Little did he know it would be a life-changing day and a moment that he would be honouring 55 years later at this month’s Silverstone Classic in the UK.

The 18-year-old was drawn to a huge 7.0-litre Ford Galaxie being raced by Alan Mann.

He’d never seen anything like it. The Galaxie was so big, yet still wieldy enough to score a podium finish on such a small twisty circuit.

There’s been a lot of cars since then but Blomqvist has never forgotten the sight of that mighty American muscle car hustling around the track.

In fact, it’s one of the reasons he became involved in motorsport.

And, thanks to a chance meeting on a frozen lake earlier this year, he’s invited the now 72-year-old Blomqvist to race the very same car that had mesmerised him more than 50 years ago.

“Seeing that big car all those years ago really made a huge impression on me when I was young.

“It looked four times bigger than all the other Cortinas and two-stroke Saabs on the grid back then!

“I could never have dreamt that one day I’d be actually racing the very same car that first excited me at Karlskoga.

“It’s going to be an incredible personal moment for me and a lot of fun at Silverstone – I can’t wait.”

Shepherd, too, is excited about sharing his Galaxie with such a motor sport legend in the two-driver showdown at the Classic.

“I’ve bumped into Stig several times in the past at places like Goodwood but, until earlier this year, had absolutely no idea about the impact that my Galaxie had made on him as young man,” he said.

“Back in the Spring he invited me to go ice driving up in Sweden: one night we got talking and he came out with this amazing tale of how he’d fallen in love with a particular Galaxie as a teenager and how the sight of this car had not only inspired him to pursue a career in motor sport but also fired his lifelong love for Ford.

“Almost unbelievably I’ve actually owned that very same Galaxie for more than 20 years, so it only seemed right and proper to invite him to the Classic to race it with me.

“Teaming up with him will be very special. I’m sure he’ll be quick in the car . . . unless, of course, he reverts to character and goes rallycrossing off track!”

The Transatlantic Trophy for Pre ’66 Touring Cars is just one of more than 20 remarkable retro races on the bill at the world’s biggest classic motor racing festival.