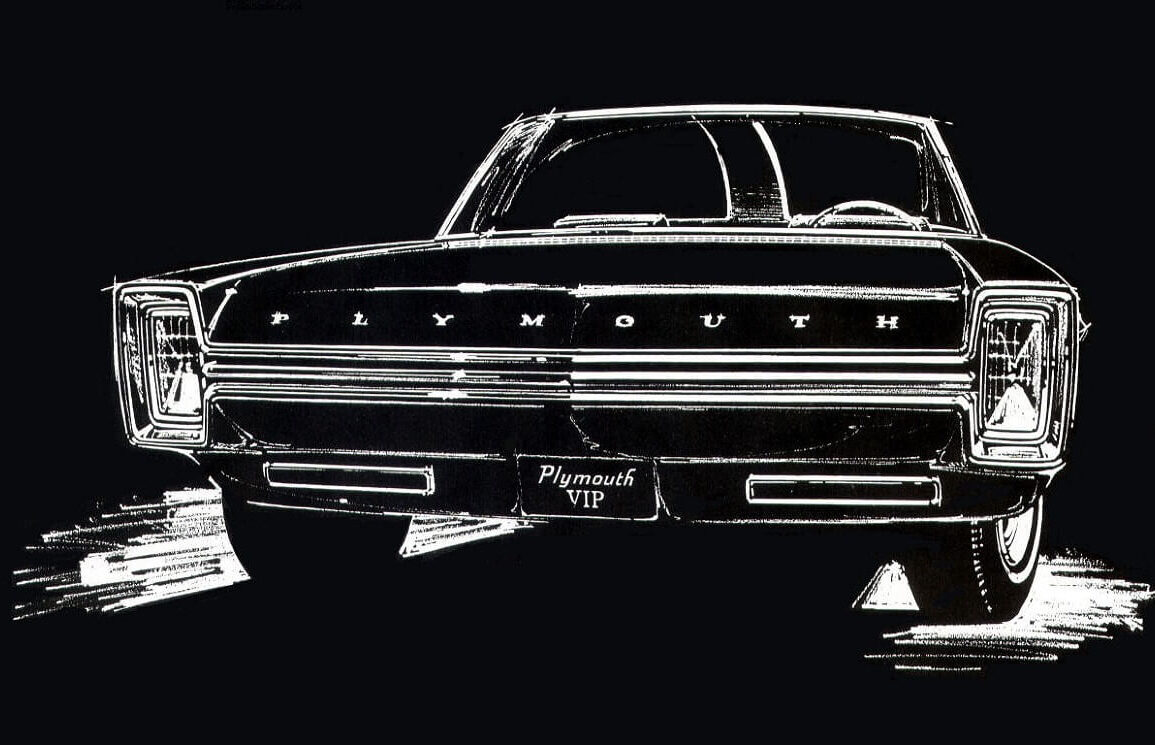 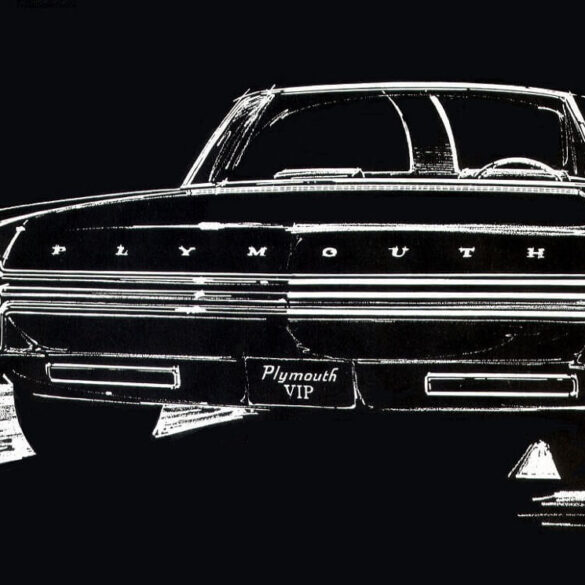 Ironically, no colour images exist of the 1965 Plymouth VIP dream car with a trick paint that changed colour.

The car was commissioned by Plymouth and constructed and painted by Creative Industries in Detroit, a company which built many concept cars for the automobile industry.

For a dream car the VIP’s shape did not push any exterior styling boundaries, except for its paint job and the roll bar.

It looked  very similar to the 1965 full-sized Plymouths with vertical headlights and strong horizontal design themes, which were a favourite of Chrysler’s styling boss, Elwood Engel.

The paint pioneered colour transitions. It shifted from pink to copper, depending on how the light struck it.

A shimmering effect was produced by tiny transparent crystals contained in the paint.

Sadly, neither we nor Chrysler Historical Service have been able to source any factory colour images of the car.

The VIP’s interior was where much of the creative effort was to be found.

Plymouth boasted that the car contained a swag of “hi-tech” ideas and innovative seating arrangements.

A dominant feature was an early version of the T-Bar roof.

This longitudinal bar which varied in width from 102mm to 204mm also acted as a guide for the retractable glass roof.

The glass, which supposedly retracted into the boot, was photochromatic, changing from dark to light depending on the intensity of the sunlight.

There was no rear view mirror. Instead an “electronic rear view device”, as Chrysler called it, used a small rear-mounted camera and a compact closed circuit TV set.

The TV could also be used by passengers to watch normal programs when not needed for reversing.

The regulation dream car telephone was part of car’s gadgets.

A built-in refreshment centre was also provided, containing a thermos flask and cups.

The upper part of the front seats could be raised at the touch of a button to become headrests. Rear seats reclined into built-in headrests.

A long console separated the driver and front seat passengers and contained controls for the various entertainment devices.

The VIP is long gone now, most likely crushed after it had served its purpose, but many of its “hi-tech” inclusions are common place now in even the cheapest of automobiles.

The VIP name was used in 1966 and beyond on Plymouth’s most expensive model, which was aimed at Chevrolet’s top-of-the-line Caprice and Ford’s LTD.