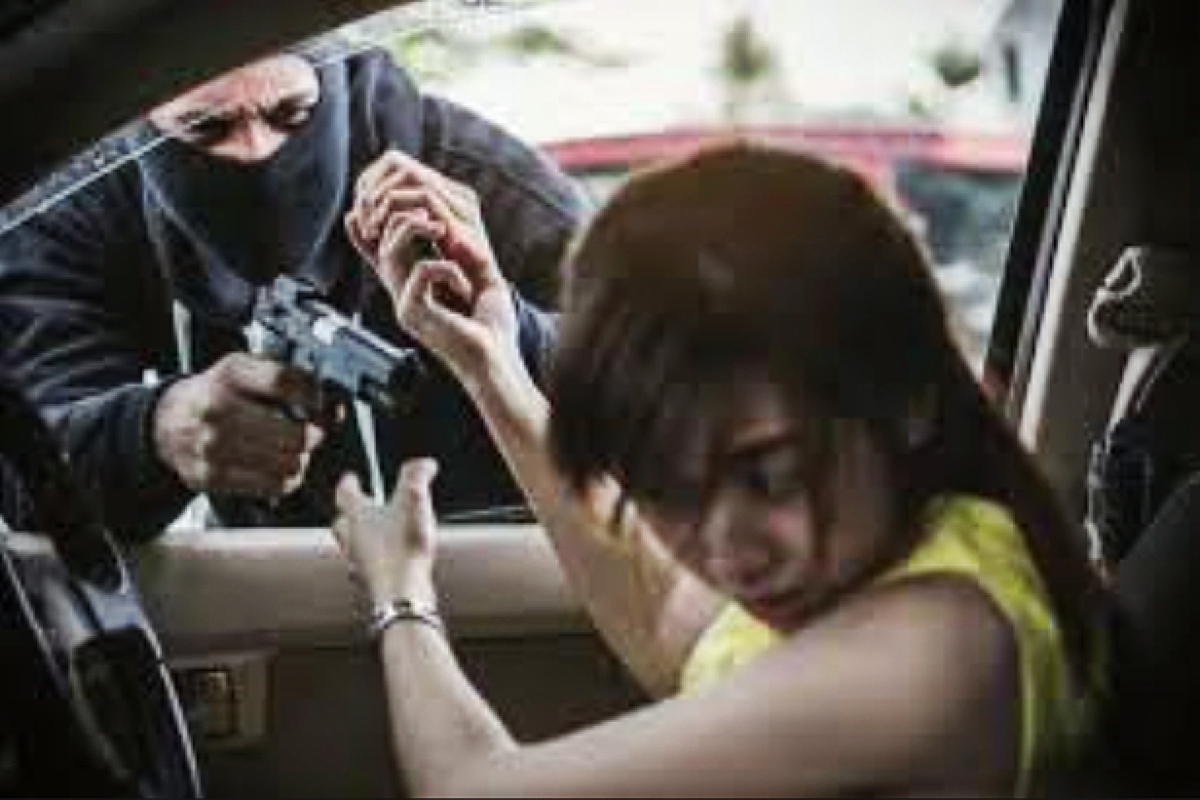 CARJACKING or hijacking is a scourge that exists in most countries, but it’s soaring to record proportions in the US.

A year of the coronavirus has given rise to what US police leaders call an alarming trend: bored, wayward teenagers pointing guns at motorists – and carjacking them.

In Chicago, the frequency of the crime more than doubled in 2020 to a rate of about four per day.

New Orleans has had a similar spike as teenagers know they’re less apt to be punished.

“The wheels of justice,” said that city’s top police official, Shaun Ferguson, “just aren’t moving like they did pre-COVID.”

As well, President Joe Biden made it clear in one of his debates with Donald Trump that he was disinclined to punish criminal offenders with jail terms, feeling that understanding and guidance would put them on the right path.

“We have to change the way the entire criminal justice system functions and the prison system,” Biden said.

“It should turn into a rehabilitation system, not just punishment.”

Fat chance. And great for people with criminal tendencies.

Things are only getting worse this year, with 46 carjackings through early February.

The rise in carjackings includes many adult suspects.

Experts say the coronavirus has made jobs more scarce and — because people are home all day — made breaking into homes more of a risk.

Precautions against packing children into locked, juvenile facilities has led to their quick release while reductions to in-person contact has made them more difficult to monitor.

Carjacking suspects often cross police jurisdictions, throwing the driver out in one area and taking the car into the other.

The alarming increase in carjackings has prompted law enforcement to create task forces to stem the problem, such as one formed this month by police in the Washington region and the FBI.

Victims have been left terrified and bewildered.

“I felt like my life was about to end,” says a 25-year-old who was driving through an affluent section of Washington at 1:30am before being halted by masked suspects standing directly in front of him in the road and pointing rifles.

The gunmen forced him from his car and sped off.

Two weeks later in adjacent Montgomery County, a pair of teenagers approached a 23-year-old sitting in his parked car.

One pointed a handgun, while the other shouted: “Shoot him! Shoot him! Get it over with!”

The driver got out and the suspects drove off in his Honda Accord.

Minutes earlier, the pair had made a similar, unsuccessful attempt in the parking lot of a nearby 7-Eleven.

As they threatened to shoot a man while assaulting him, a store employee came out and began video recording the attack.

Police arrested the two teens that night after a high-speed chase of the stolen Accord down Interstate 270.

Oddly, there are no nationwide statistics on carjacking, as many enforcement agencies lump the crime into more general robbery tallies.

And not everyone is convinced the spikes go beyond select cities that are seeing a wave of carjackings.

“The pandemic comes into play with the offenders who have been arrested,” Minneapolis Deputy Chief of Investigations Kathy Waite said.

“Nobody wants to hold anybody in our jail system, especially with our juvenile offenders.”

Minneapolis had 405 carjackings in 2020 compared with 101 the year before.

The same suspects have been linked to many of the crimes, Waite said, and needlessly unleash violence.

“We’re making arrests, but the criminal element is becoming bolder and more brazen because they’re not seeing any consequences to their actions,” Police chief Ferguson said.

Custom Skylark a thing of beauty

The prevalence of masks during the pandemic, he said, made it difficult for victims to identify suspects.

Unlike Australia, the US still has a huge pandemic problem and masks are mandatory in most cities.

“If we are fortunate enough to arrest someone, it’s still an extremely difficult case to prove,” Deenihan said. “This continues to exacerbate the problem — juveniles caught in stolen cars aren’t charged, and get released.”

“If everyone around you is wearing a mask, you can’t distinguish who is good and who is bad,” said Christopher Herrmann, a professor at the John Jay College of Criminal Justice in New York.

“The reality is, it doesn’t take long for a guy with a mask to whip out a gun — three seconds — and get from the kerb to your car.”

Maryland has seen more juveniles charged with carjacking: 259 in 2020 compared to 136 the year before.

Paul Zmuda, a defense attorney in Maryland with a large juvenile client practice, said most of his teenage clients don’t attend virtual classes.

Kids are restless and bored, he says, and their propensity to commit crime follows with more lenient consequences.

Masked suspects certainly have struck in Montgomery County, Maryland, which recorded 11 carjackings last month compared with none in January, 2020.

And so it goes in the ‘land of the free’ – and the apparent new policy of ‘see no evil.’