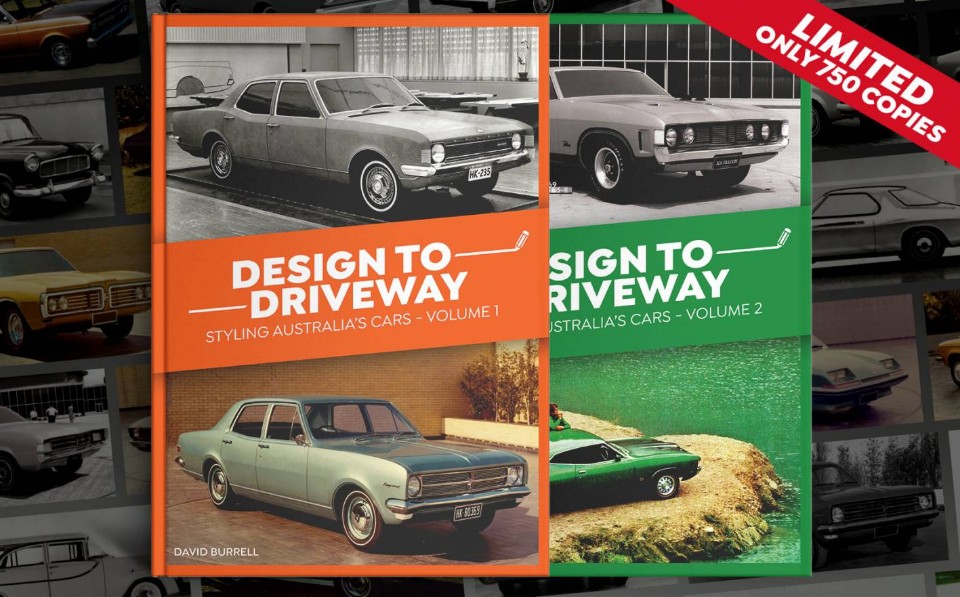 Burrell books go in a flash

Our resident historian David Burrell has become a published author.

Dave has been slaving away over a hot keyboard for the last 12 months to produce the definitive series on Aussie cars, how they came about and who designed them.

Limited to just 750 “never to be reprinted” copies, Design to Driveway is a series of limited edition books that celebrate Australia’s rich automotive design heritage.

They’ve just gone on sale, but you’d better be quick if you want grab a copy because the first 10 per cent went in just 30 minutes.

Commissioned by Shannons, the books contain rare factory images you won’t find anywhere else, except maybe here at Cars4starters.

Volumes 1 and 2 of these hard cover books trace the evolution of some of Australia’s most popular cars of the 1950s, 1960s and 1970s — from sketches through to final product.

The first volume sets the scene and introduces many of the key stylists who designed our cars during this period.

Its chapters cover the development of the FB Holden, HK Holden sedan and Brougham, and the XR Ford Falcon GT.

These early 1970s vehicles once defined the Australian car market and are the last example of a time when the “Big Three” offered all new models, all with similar dimensions, all aimed at the same buyers and all within a 12-month period.

The second volume of Design to Driveway recalls a period when the “Big Three” in Australia each designed and marketed an affordable and stylish two-door coupe.

It was a unique and exciting era that we’ll never forget.

Its chapters reveal the many design proposals and the stories behind the development of the HK/HT/HG Monaro coupe, the HQ/HJ/HX Monaro coupe, the VH Valiant Charger and Chrysler by Chrysler hardtop, the XA Falcon coupe, P4 Landau and the LH/LX Torana sedan and hatchback.

Design to Driveway Volumes 1 & 2 are available for pre-order at shannons.com.au/club.

Be sure to checkout our retro autos section here 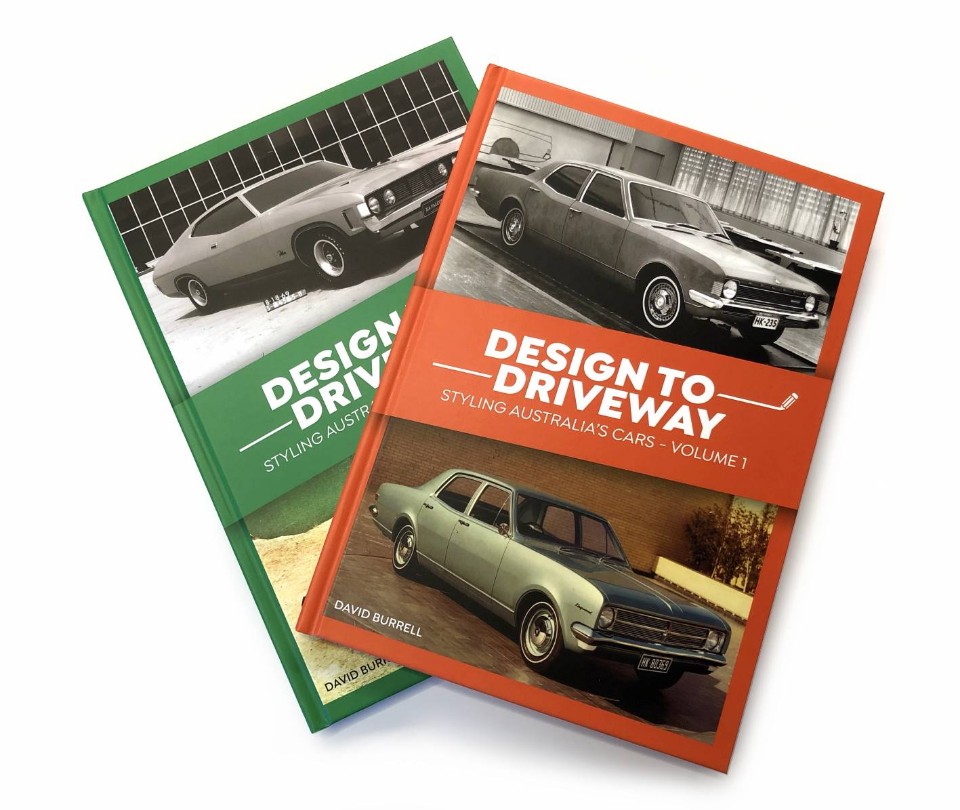