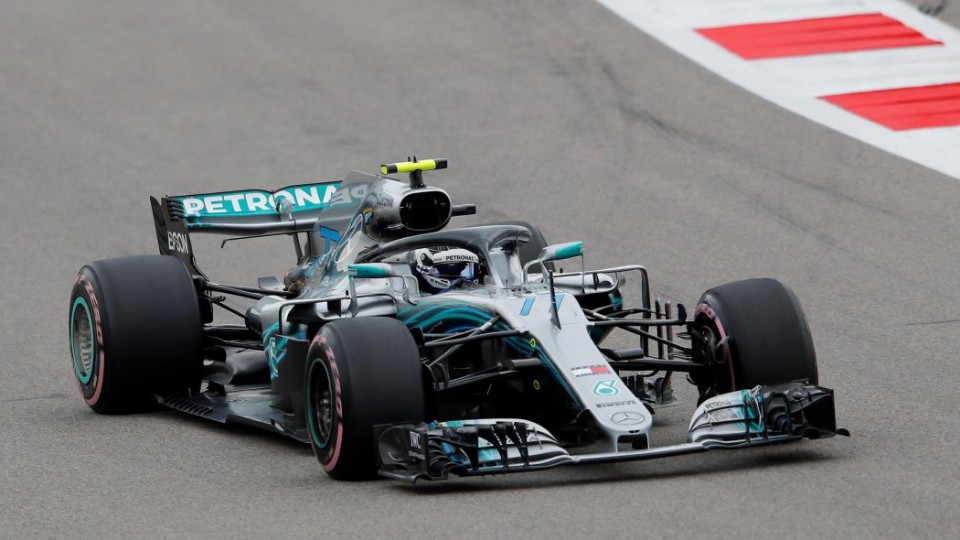 Valtteri Bottas won the Russian Grand Prix in 2017, and should have won it again on Sunday.

But the Finn, who claimed pole position in the qualifying session, was ordered by the Mercedes team management to let teammate Lewis Hamilton pass — and so extend his Formula One drivers’ championship lead and probably claim his fifth world title.

The move, halfway through the race, gave Hamilton his fifth win in six races and put him 50 points clear of Ferrari arch rival Sebastien Vettel in the championship.

With the Mercs running a solid 1-2 in the closing stages, Bottas asked if there were plans to give him his lead back.

“This is how we are going to finish,” he was told.

“We will talk after the race.”

Bottas and Hamilton were not much troubled by the Ferraris in the opening laps, though Vettel later posed a challenge through a better pit stop strategy.

However, Hamilton quickly reclaimed his position but by that time the race leader was Red Bull Renault’s Max Verstappen, who started from 19th on the grid and scythed his way through the field in spectacular style.

The Dutch driver celebrated his 21st birthday by not stopping for a tyre change until lap 43 of the 53-lap race on the 5.8km Sochi circuit.

Teammate Daniel Ricciardo had another frustrating race, his car hampered by a damaged nose cone soon after the start, and he was obliged to run with it until his late stop for fresh tyres.

Still, starting from 18th, he managed to goad his Red Bull to sixth.

In seventh spot was Charles Leclerc in the Alfa Sauber, who executed a superb pass on Kevin Magnussen’s Haas early in the race with the Force Indias of Esteban Ocon and Sergio Perez finishing ninth and 10th after a race-long battle to also get past the Haas — but not quite managing.

Romain Grosjean claimed 11th for Haas, ahead of Renault’s Nico Hulkenberg, with Marcus Ericsson 13th in his Alfa Sauber.

Next came Fernando Alonso in the McLaren, followed by Lance Stroll in the Williams, Stoffel Vandoorne (McLaren), Carlos Sainz (Renault) and Russian driver Sergey Sirotkin, in a Williams.

Both Toro Rossos retired on lap 4 after drivers Pierre Gasly and Brendon Hartley both had scary high speed ‘offs’ due to brake problems.

After the race a clearly disappointed Bottas took a diplomatic stance.

“It was a difficult day,” he said.

“It was a good result as a team but personally as everyone saw it was quite difficult.

“Lewis is fighting for the championship so we always have a plan, but it is what it is.”

What did Hamilton make of it?

Hamilton was gracious towards his team-mate in his post race interview.

“Valtteri did a great job all weekend. He’s a gentleman,” Hamilton said.

“He’s not fighting for the championship.

“To have a one-two usually we would be elated. I understand how difficult it was for him. He deserved to win. As a team we are trying to win.

“While it doesn’t feel spectacular he will do great in races to come.”

Next Grand Prix is at Suzuka, Japan, next weekend.

CHECKOUT: Alfa puts an Italian in the tank

CHECKOUT: Has Haas got what it takes?