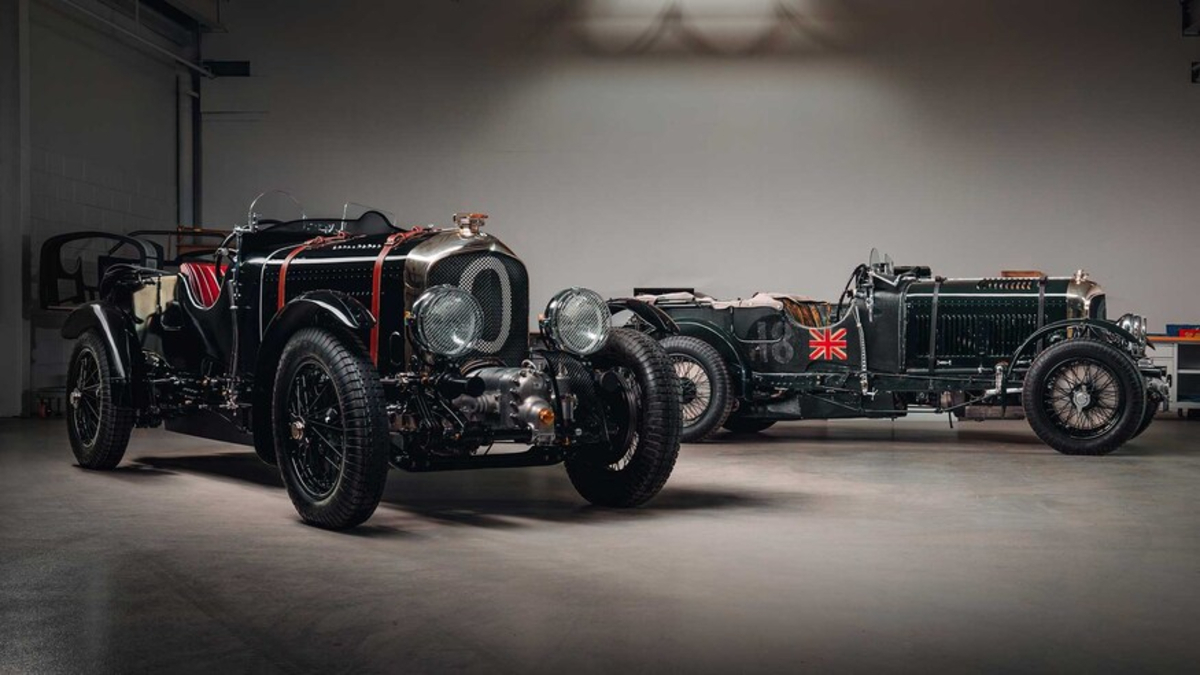 ONE of the most iconic Bentleys – Sir Tim Birkin’s 1929 supercharged 4½-litre “Blower” – has reborn with 12 matching cars to follow, each individually handcrafted by a team of specialists from Milliner, Bentley’s bespoke coachwork division.

Only four original ‘Team Blowers’ were built in the late 1920s.

All were campaigned on the racetracks of Europe, with the most famous one, Birkin’s own Team Car No. 2, registration UU 5872 , racing at Le Mans and playing a pivotal role in the factory Bentley Speed Six victory in 1930.

Bentley’s own Team Blower — chassis number HB 3403 — was disassembled to its individual components, before each part was catalogued and meticulously scanned in 3D to create a complete digital model of the entire car.

Surprisingly, not everything was handled in-house; Bentley instead contracted out numerous detail jobs to specialists.

The chassis was formed and hot riveted together by Israel Newton & Sons, Ltd, a 200-year-old company known for making boilers for steam engines.

The solid nickel silver radiator surround and copper and steel fuel tank were beaten together by the Vintage Car Radiator Company.

Jones Springs Ltd handled the leaf springs and shackles, Vintage Headlamp Restoration International Ltd crafted the headlights and Lomax Coachbuilders furnished a new ash body frame which was then covered in Rexine in the Mulliner shop in Crewe.

Using the original 1920s moulds and tooling jigs, and an array of traditional hand tools alongside the latest manufacturing technology, 12 sets of parts will be created before Bentley’s heritage technicians assemble the new Blowers.

The company says the 12 continuations will be identical wherever possible to the original – mechanically and aesthetically– with only minimal hidden changes dictated by modern safety concerns.

The 90-year old Bentley Team Blower is still used regularly on the road, including completion Italy’s Mille Miglia, daily hill runs at the Goodwood Festival of Speed and a recent tour up the California coastline.

It was at the 2019 Monterey Car Week in a parade at Laguna Seca and culminating in the 2019 Pebble Beach Concours d’Elegance, where the car appeared with two of the other three Team Blowers.

No other pre-war Bentley had an impact like the supercharged 4½-litre ‘Blower’ Bentley.

While it never won an endurance race, it was the outright fastest race car of the day, and counted among its fans the author Ian Fleming, who later decided that his famous fictional secret agent James Bond would drive a supercharged 4½-litre Bentley.

The Blower Bentleys were born from Sir Tim Birkin’s philosophy to extract more speed from the racing Bentleys of the day.

While W O Bentley’s method was to increase engine capacity – from 3-litre, to 4½-litre, to 6½-litre – Birkin was impressed by the Roots-type supercharger developed by British engineer Amherst Villiers, which boosted the 4½’s power from 130 bhp (96kW) to 240 bhp (178kW) in race tune.

The first ‘new’ Blower was shown at Crewe a little while ago, driven by company chairman Adrian Hallmark.

“To drive the first new Blower in 90 years was a privilege,” he said.

“And the quality of the car would make Sir Tim Birkin [famous Bentley racer] himself proud.

‘The craftsmanship is exquisite, and I’m pleased to report that the car drives just as beautifully as our original Team Car.”

The company says it’ll take two years to complete the 12-car series, though the first has already been completed.

If you want one, well bad luck, old chap, since all 12 have already been spoken for.

What each cost is not known, but Bentleyologists reckon probably about $2.7 million Australian.

The completed Blower Bentley Car Zero will next be put through more than 20,000 miles of real-world testing, and about 5000 miles of track testing.

Even the car’s top speed will be recorded.

However, the first brand-new Blower Bentley in 90 years is a thing to behold.

It’s a bit surprising though, since the company has plans to go fully electric by 2030.