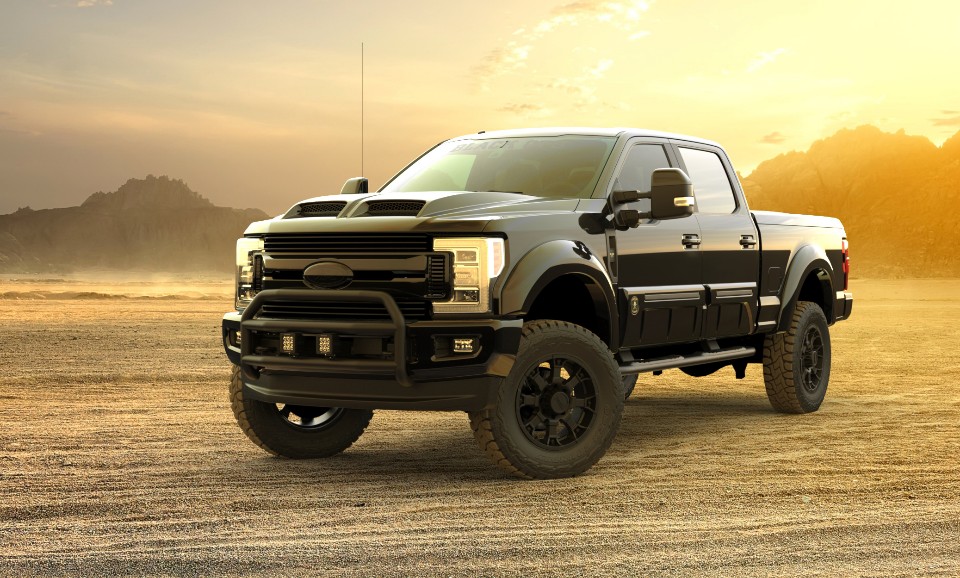 Ford’s monster F250 ute is back in black with the Tuscany Black Ops edition from importers Performax International.

The big, no make that huge, American pickup makes its debut at the National 4X4 & Outdoor Expo next week in Brisbane.

The V8 diesel is paired with with a six-speed auto and on-the-fly four-wheel drive, and has a five-tonne towing capacity unmatched by mass-market utes and 4WDs sold in Australia.

All this machismo doesn’t come cheap, however.

Priced from $199,000 plus on-roads, the Black Ops will be the centerpiece of Performax’s display at the National 4X4 & Outdoor Expo at Brisbane’s RNA Showgrounds from March 16-18.

Performax International has been appointed as an official agent for the Tuscany range, which is manufactured in Elkhart, Indiana, and sold in the United States exclusively through Ford dealerships.

Also available in right-hand drive through Performax International and its national dealer network will be the Tuscany Black Ops F-150, the FTX F-150 and F-250, bright-yellow Tonka and GMC Concept One.

The Tuscany Black Ops, FTX and Tonka are based on America’s biggest-selling pickup, the Ford F-Series Super Duty, which Performax has been building with full-volume, right-hand drive compliance at its Queensland factory since 2014.

Feast your eyes on The Beast

Meet the ultimate off road campervan

We put the Ford Transit to work