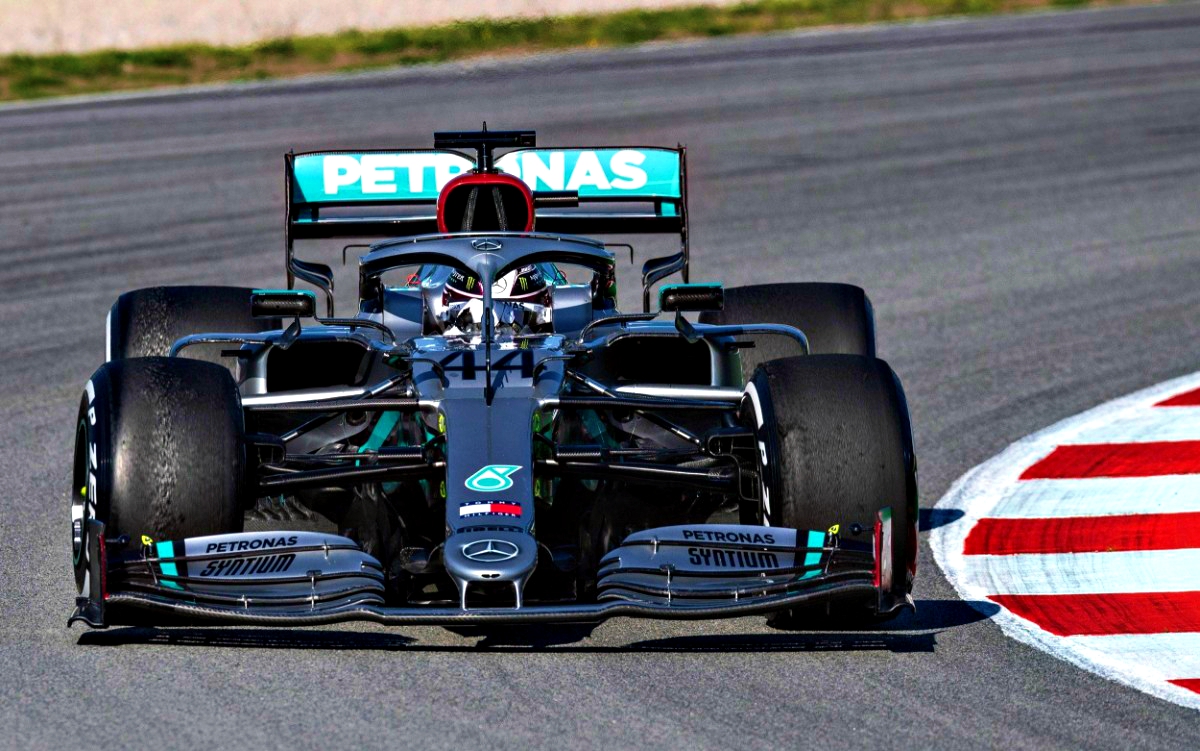 Black day for Mercedes in Austria

THERE’S been hardly a whisper about it in the media, but the first Formula 1 Grand Prix of 2020 will finally take place in Austria tonight our time.

Coronavirus has hit Formula 1 hard, but most of the teams have been hard at work, improving their cars during lockdown and some say the race at Red Bull Ring could produce some big surprises.

Mercedes announced its cars – which will controversially appear in black livery this year as the team joins the anti-racism and inequality brigade – would also have lots of of upgrades.

The Austrian circuit is a power track and the Red Bull cars, with their ever-improving Honda engines, could upset the Merc dominance.

In fact, Red Bull is said to be the race favourite, bearing in mind that Max Verstappen won the past two Austrian Grands Prix.

Ferrari have confirmed they won’t bring any upgrades to the Red Bull Ring, so it looks very much as if it will be a Mercedes and Red Bull battle.

Third spot? Maybe Ferrari, but Racing Point could prove an upset, with more than a few observers predicting some giant-slaying performances from the pink-liveried team in 2020.

Then there’s McLaren, which produced one of their best races of the season at the Red Bull Ring last year, with Lando Norris fending off Pierre Gasly’s Red Bull to take sixth, while Carlos Sainz recovered from a P19 start to claim eighth.

Renault could be in the hunt too, helped by a triple upgrade package for this weekend, and having tested a 2018 car at the track two weeks before the season opener, and nobody can write off Alfa Romeo.

Kimi Raikkonen was running fourth in Austria last year before falling back to P9 and finishing one place ahead of teammate Antonio Giovinazzi to record the squad’s first double points score of 2019.

Behind the scenes, teams and drivers have been chatting about who drives what next year, and what kind of money might be on the table.

Lewis Hamilton is reportedly seeking $85 million a year to sign a new deal at Mercedes, where he is said to be making some $76 million at present.

If Merc agrees, it would make Hamilton not only the best-paid driver on the grid (his estimated personal wealth stands at $0.4 billion) but also the wealthiest sportsman the UK has ever produced.