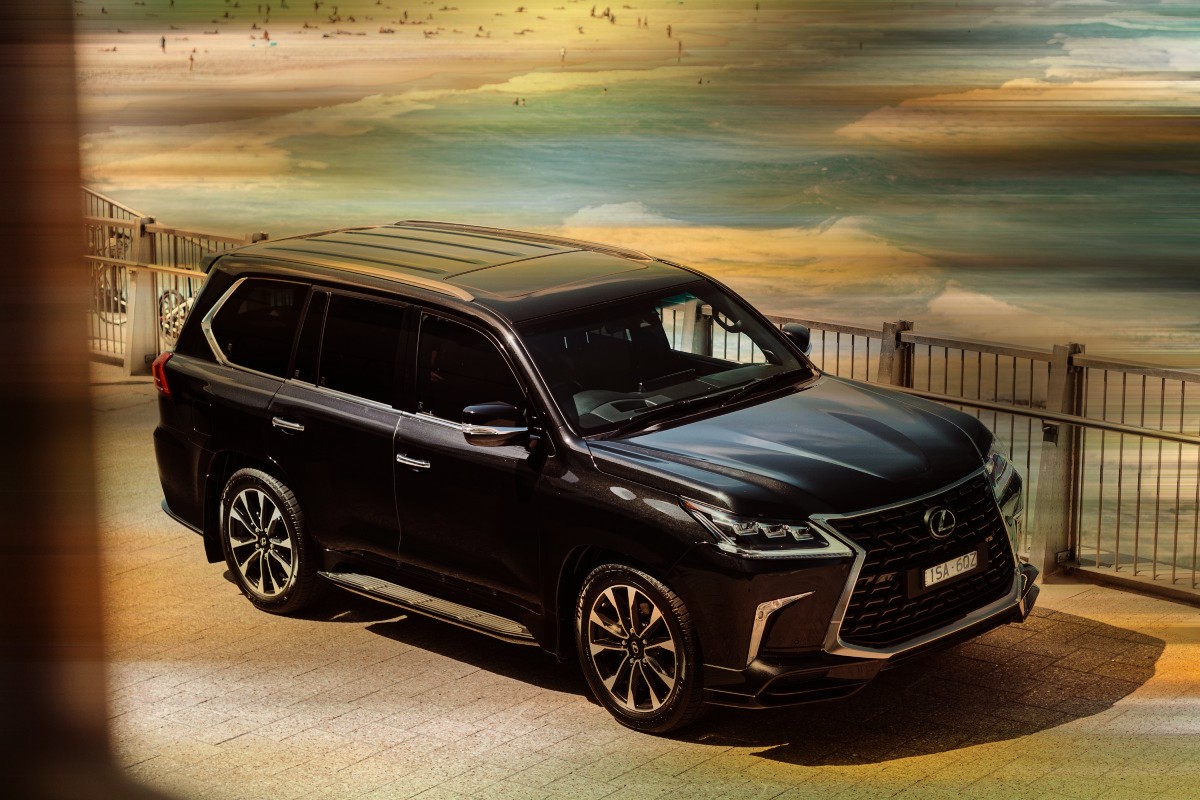 Big Lexus back for more

As if it wasn’t big and boofy enough, Lexus has given its Land Cruiser-based LX 570 S flagship a facelift.

Available from dealers now, the new-look LX 570 S is distinguished by a redesigned, trademark spindle grille and front bumper skirts along with new look wheels.

A new block-mesh grille insert replaces the previous wire-mesh design, and has been designed to give the wagon a more formal, urban-friendly  look.

Some 70 gloss-black ‘blocks’ are used in the design, with those either side of the Lexus badge angled towards the middle of the vehicle to create an impression of forward movement.

The front bumper skirts have also been revised, with the horizontal lines removed from the outer section.

Two-tone 21-inch wheels make their debut, with silver fascia and gloss black inserts in line with the colours of the LC sports car.

LX 570 S is further identified by ‘S’ badging on the tailgate and courtesy door lights with ‘LX S’ projection.

Inside, luxury semi-aniline perforated leather trim is available in Black or, exclusively for this variant, a rich burgundy colour named Garnet.

Shimamoku Grey ornamentation is also unique to the LX 570 S.

Three-year Lexus Encore Platinum membership is standard with every LX.

Accessed via a state-of-the-art Lexus App, membership includes access to Lexus on Demand.

New LX owners can swap four times into another Lexus, for up to eight days each time, over the course of the three-year period.

“The new-look LX 570 S further broadens the appeal of this flagship luxury SUV with sporty, yet subtle design touches and a focus on enhancing its urban appeal,” he said.

The donor Land Cruiser 200 Series is in run out, with a new “300” series expected later this year.

Not sure where that leaves Lexus LX, but time will certainly tell.

Sources suggest the replacement could mark a major departure in style, with a more urban target market.

We once drove an LX from Sydney to Byron Bay and back.

It proved to be a very capable and comfortable long distance traveller, but ultimately too expensive and too thirsty for our tastes — good thing we weren’t paying the bills.