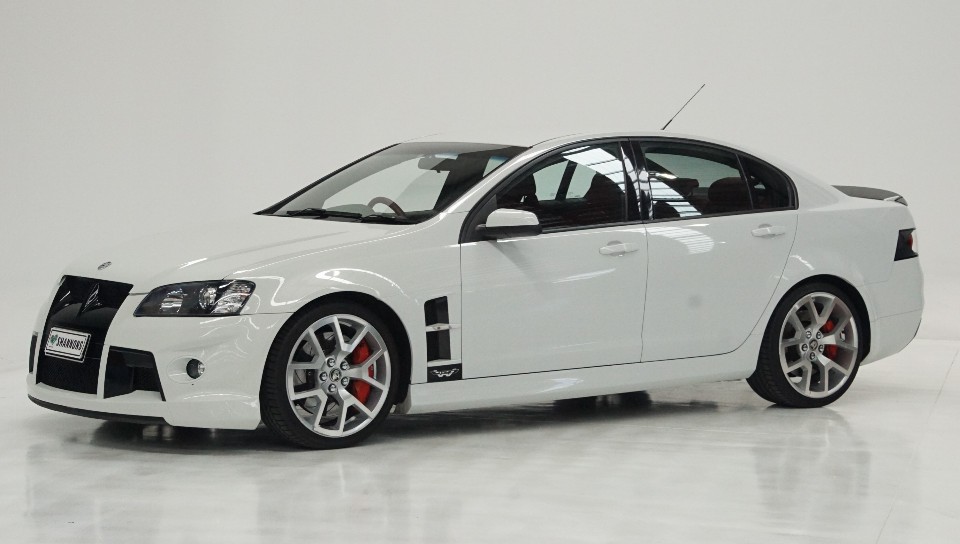 Fire-breathing HSV comes out of hiding

Back in July, 2008, around about my birthday, I had the opportunity to drive one of the biggest, baddest Holdens ever built — the HSV W427.

It was a car put together to mark HSV’s 20th anniversary.

It also made up for the disappointment when HSV canned the ambitious HRT 427 project previewed in 2002.

The name W427 refers of course to the cubic capacity of the engine measured in inches.

Although HSV planned to build 427 of the cars, in the end just 138 were produced.

Among other things buyers received a personally signed letter from Tom Walkinshaw as part of their purchase.

The cars were all safely tucked away in the garages of collectors, or so we thought.

Shannons revealed this week that it will be auctioning one at its forthcoming Melbourne event.

Finished in Heron White with a red leather interior, the as-new example, numbered 110, is part of an enthusiast’s 10-car private collection, with an odo that shows just 55,925km.

To maintain its ‘as delivered’ appearance, the car has had extensive paint and stone protection and comes with an HSV-fitted car cover.

Although offered with ‘no reserve’, this ultimate Commodore is conservatively expected to command $80,000-$90,000 when it goes under the hammer on February 18.

Read my original story from 2008