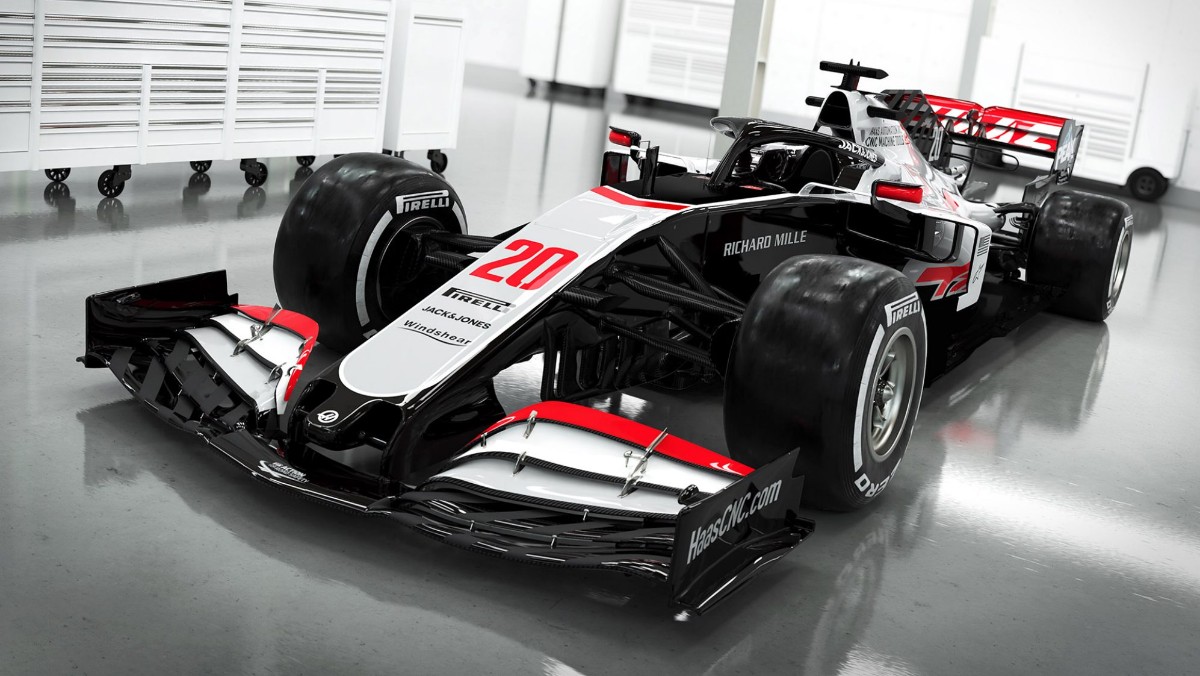 Back to basics for re-energised Haas

One poor performance was followed by a worse one, and so it went on, with the team dropping from 5th in the  constructors’ finishing position in 2018 — down to ninth, last year.

They barely managed to finish ahead of tail-enders Williams.

However, Gene Haas is not a man who takes losing well.

The 67-year-old American has a great record in motorsport with his NASCAR team and his business in CNC machine tool manufacturing, and his foray into Formula 1 looked promising. Until the 2019 season.

The Haas VF-19 cars, in the hands of drivers Romain Grosjean and Kevin Magnussen, scored points in only five of 21 races and were left with a total of just 28 by the final race in Abu Dhabi.

But after unveiling his team’s 2020 contender, the VF-20, Haas underlined his hope that the squad had learnt lessons from last season and could begin rebuilding in 2020.

“We’ve been through a real education process, one that comes to all Formula 1 teams at some stage,” Haas said.

“I’m trusting we’ve learned from those lessons and have applied that knowledge into making the VF-20 a more competitive entry.

“I’m hoping the VF-20 will return us to the kind of form we ran in 2018 when we finished fifth in the constructors’ championship.

Things weren’t much better with their title sponsor Rich Energy.

Poor results immediately resulted in naked sarcasm from the energy drink chaps, which didn’t do much for team spirits — and certainly did not give the cars ‘wings’ as another drinks company, Red Bull, did for Max Verstappen.

So the new car is wearing the traditional Haas Automotive livery and Gene Haas said he hoped the colour swap would prove to be a positive sign for 2020.

“I’m pleased to see the car return to the more familiar Haas Automation colours. It’s certainly a livery that people identify with,” he said.

“It’s important to me that we’re back in the mix and consistently scoring points. We certainly have the capability, and we’ve proved as an organisation we can do it.”

He’s also putting his own money into the effort.

There was also a kiss-and-make up thing with the team’s drivers.

French veteran Romain Grosjean and Danish upstart Magnussen had frequent clashes on track which came to a head at Silverstone when they crashed into each other on the opening lap of the British Grand Prix, resulting in a serious ‘heads will roll’ talk with team boss Guenther Steiner.

The Haas VF-20 will hit the track for the first time on February 19 – still in the hands of the chastened Grosjean and Magnussen pairing – when the six days of pre-season testing begin at the Circuit de Barcelona-Catalunya.

Grosjean is quite upbeat, saying if the team can get the  VF-20 to work properly, it will be a force to be reckoned with.

“And if you think that I raced in Hockenheim and Budapest with the old [Australia-spec] car and qualified sixth and ninth, or something like that, it’s quite amazing over one-lap pace.”