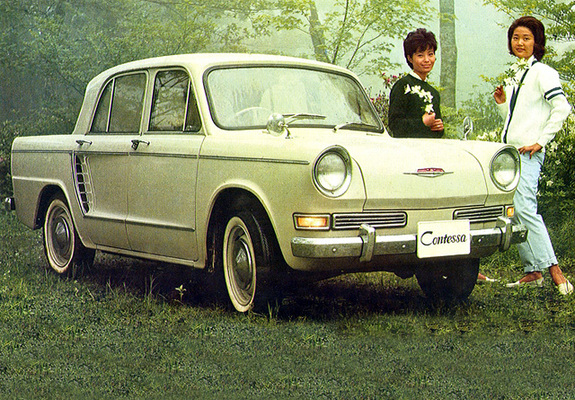 It was just seven years after the end of the Second World War when Nissan signed an agreement with Austin in the UK to build its cars in Japan.

And so did Austin.

Nissan’s factories had been destroyed by Allied bombing and it was in poor financial shape.

It did not have the people nor financial resources to design and build a car of its own.

Nissan first considered a link with Volkswagen, but that was quickly nixed when the political considerations of Japan and Germany uniting in car production were fully thought through.

Austin needed the deal as part of its strategy to sell cars on a global basis and earn much-needed export cash, because the UK car market was still restricted by post war rationing and material shortages.

In April, 1953 Nissan began making the Austin A40 Somerset sedan from knocked down kits.

Tyres, batteries and flat glass were sourced from Japan.

Production switched to the Austin A50 in 1955 and ran for five years.

By the end of the A50’s production run the cars were of 100 per cent Japanese content.

This was a remarkable achievement and gave Nissan much-needed financial strength and a strong cash flow to invest in its own models.

An Austin was driven by the Japanese royal family, and now this car resides in the Nissan Heritage Museum.

Nissan was not the only Japanese car company to produce European cars under their own name.

Isuzu constructed various versions of the Hillman Minx under licence.

Production began in October, 1953 and did not stop until 1963 when Isuzu released its stylish Bellett sedan and coupe.

Hino contracted with Renault to build the rear-engined 4CV from 1953 to 1961, after which the locally developed Contessa was released.

The Contessa was really a reclothed Renault 4CV, with engine modifications for improved performance.

The Mustang before it became a Mustang

It is quite remarkable that none of the Japanese manufactures tried to disguise the origins of their European sourced cars.

Indeed, they celebrated the fact.

They also celebrated the profits they made, the technical knowledge they gained and the time it gave them to develop long range plans for the future.

Most are in museums. Very few are in private hands.