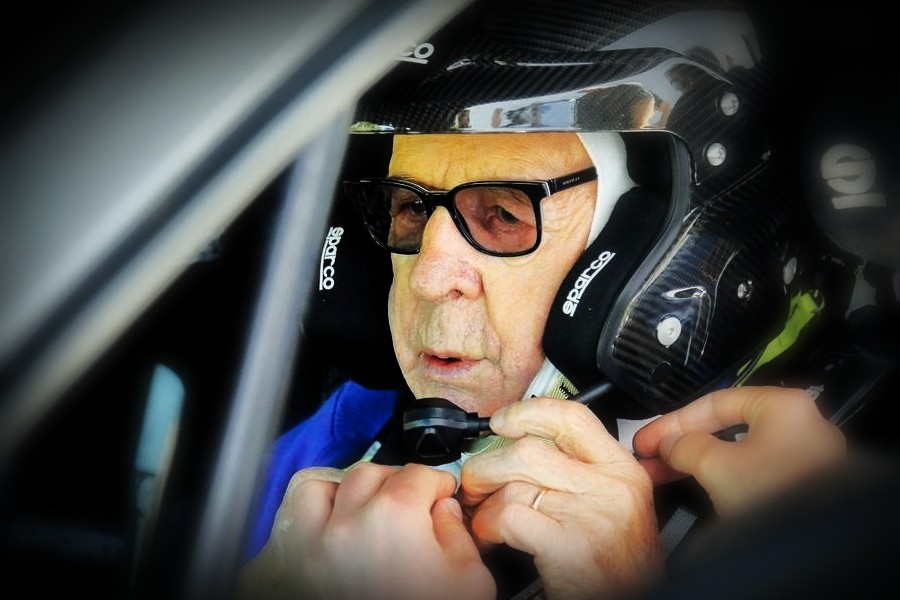 AT what age does a competition driver reach the end of the road?

At 39, Formula 1’s Fernando Alonso is regarded as the ‘old man’ of the sport, but Juan Manuel Fangio, said to be the greatest of them all — only started racing when he was 37 and had won won 24 world-championship Grands Prix by the time he retired in 1958, aged 47.

It’s a similar scene in the world of rallying, where aces like Carlos Sainz, Bjorn Waldegard, Joginder Singh, Kenjiro Shinozuka and Didier Auriol — were all winners, and at their best in their 40s.

So what can one make of Sobieslaw Zasada, who is now 91?

He’s facing off against drivers almost 70 years his junior in the gruelling four-day East African classic, which returns to the FIA World Rally Championship after a 19-year absence.

The previous oldest WRC competitor was Norway’s Leif Vold-Johansen who drove Rallye Monte-Carlo in 1994, aged 82 — and returned 12 months later as a co-driver.

Zasada is undaunted by one of the world’s toughest rallies.

He faces 320km of competition across the vast Great Rift Valley plains near Lake Naivasha – home to zebras, giraffes, antelope and wildebeest.

“Of course, this is a huge challenge and my goal is purely to reach the finish line,” he admitted.

Fast gravel roads will send speeds soaring towards 200km/h in places. In others, cars will be reduced to near walking pace as drivers pick a cautious route over rock-strewn tracks.

And with Kenya still in its wet season, torrential downpours can transform dry and dusty special stages into glutinous mud baths and raging torrents within minutes.

During his distinguished career Zasada was a works driver for Steyr-Puch, Porsche, BMW and Mercedes-Benz.

He has tackled the Safari eight times previously, finishing second in 1972 in a Porsche 911S.

His last competitive drive was 24 years ago, however, when he finished 12th in Kenya alongside his wife, Ewa — in a Mitsubishi Lancer.

“I’ve always found the Safari to be a fantastic rally,” he said.

“I’m going back because I’m very curious to see what this rally looks like in its present form. It’s about the challenge.”

His grandson, Daniel Chwist, is also on the entry list.

Zasada is at the wheel of a Ford Fiesta Rally3 managed by M-Sport Poland.

The Safari will be the biggest test yet for a new-category model which made its WRC debut just two months ago in Croatia.

His Safari memories date back to 1969, when the rally was very different to the current format.

Competitors drove flat out on roads that remained open to public traffic and negotiated 6000km of competition in five days.

“They were very difficult rallies,” he recalls.

“The winner was over nine hours behind the time schedule.

“It was driving for three days and three nights without any break. Drinking tea helped me a lot!

“I think those rallies were three or even four times more difficult than the current ones in terms of endurance and condition,” he said.

The Safari marks the sixth round of the FIA World Rally Championship.

It started in Nairobi on Thursday and finishes in Naivasha three days later.