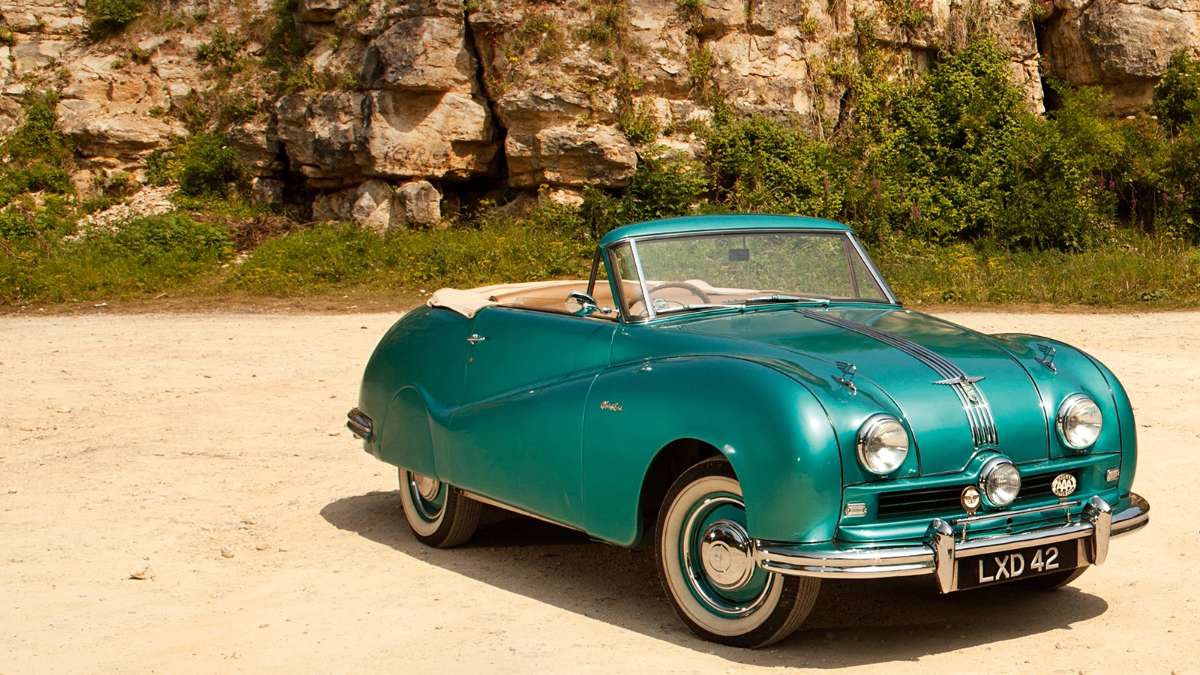 Atlantic swamped by sea of problems

Back in 1946 the British car industry was rebuilding after six years of World War II devastation.

Petrol rationing was still in place and raw materials were in short supply.

The Austin Motor Company’s chairman, Leonard Lord, was desperate for some export income to supplement the flat-lining revenue from depressed sales in the UK.

He looked to the expanding economy in the USA and reasoned rightly that the growing number of affluent Yanks could be enticed to buy a British-made, luxury sports convertible — a ‘personal’ car.

So, the Austin Atlantic was conceived.

The basis of the car was well founded.

Its target market did exist, and was gradually being satisfied by Jaguar and MG.

Lord wanted his share, and a bit more besides.

Legend has it that Lord sketched the car on a small bit of paper and gave it to his styling chief, Ricardo Burzi, and said “something like that, please.”

What emerged from Burzi’s design studio in 1948 was a strikingly styled automobile, which is a polite way of saying it polarised opinion.

There were sweeping front mudguards that flowed into the doors.

A big strip of chrome went up the bonnet, imitating the ‘silver streak’ of the Pontiacs.

So far, all good.

Now for the downsides.

Instead of two headlights there were three of them, and a letter box slot instead of a grille.

This made the Atlantic look like a 1948 Tucker that had just sucked a lemon.

This was not a good thing.

It was powered by a 2.6-litre four cylinder engine, pushing out a lowly 55kW.

This was also not a good thing in a land that increasingly worshipped at the church of Our Lady of the V8.

Then there was the problem of the brakes, which were part mechanical and part hydraulic.

Retardation of forward motion took almost as long as it took to cross the ocean after which the car was named.

This was another thing that was not good.

Mind you, if you could forget the weird front styling and lack of horsepower and brakes, the interior of the car was not too shabby.

Gloriously appointed in leather and colour coordinated it boasted power windows and power-operated convertible roof, luxuries found only in Cadillacs, Packards and Lincolns of the day.

Making its debut at the Earls Court Motor Show in 1948, Lord thought the car would sell up a storm in the USA — but American car buyers disagreed.

A Buick convertible had a V8, was three times more powerful, a metre longer and 10 per cent cheaper than the Atlantic.

It was a no brainer for US car buyers who remained loyal to their longer, lower, wider, faster and cheaper V8s.

In an effort to boost American sales, Austin built a hardtop coupe version and introduced hydraulic brakes for all four wheels.

It made no impact.

Quite a few were exported to Australia and other British colonies.

Meanwhile, back at Austin, Mr Lord was left with a stockpile of spare four cylinder motors intended for the Atlantic.

Again, not a good thing.

Then along came a likeable chap by the name of Donald Healey.

He was looking for an engine to use in a new sports car he had on display at the 1952 Earls Court Motor Show.

In one of those great car making deals, the always entrepreneurial Lord suggested that in return for naming rights, he’d sell Healey the Atlantic’s motors and mechanicals at a ‘good price’.

And the legend of the Austin-Healey 100 sports car was born.

There are an estimated 30 still running in Australia.

They are prized classics and increasing in value.

Aside from the styling, the real problem for the Atlantic was that it was a couple of years ahead of its time and four cylinders short of success.

They called it the Thunderbird.

And the rest is automotive history.

CHECKOUT: The hi-tech Morris that floats on fluid