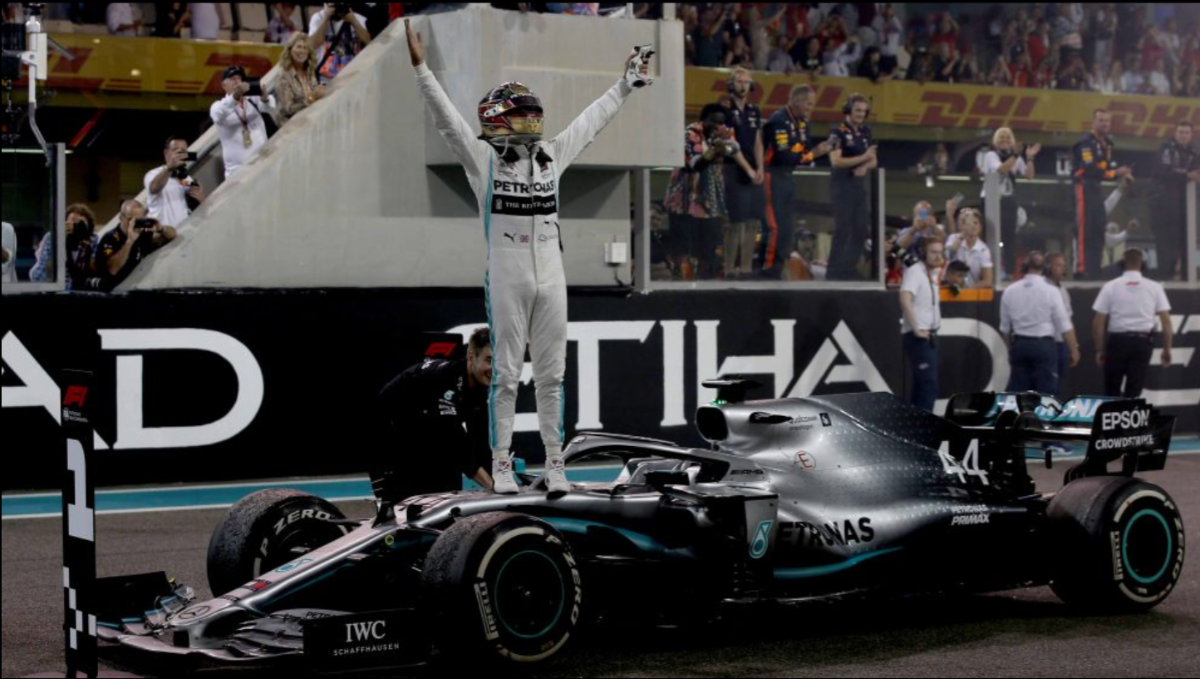 Home
Wheel life
Formula fun
Hamilton could be the one . . .

Like a gambler on a roll, Lewis Hamilton probably wishes the 2019 Formula 1 season could just go on and on.

And why not? It’s been one of his best seasons to date, with 11 wins from 21 starts, earning him his 6th World Driver’s Championship.

The British racing driver just keeps getting better and better and they’re starting to talk in hushed tones that perhaps he could be the one — the greatest driver of all time.

Better even than idol Ayrton Senna, better than Juan Manuel Fangio and a compelling challenger to the great Michael Schumacher, the German F1 driver who retired in 2012 with a string of records to his name including seven world championships.

Hamilton cruised to an easy victory for Mercedes in Sunday’s Abu-Dhabi Grand Prix, ahead of Max Verstappen in the Red Bull Honda and Charles Leclerc for Ferrari.

It was Hamilton’s 250th Grand Prix and his 73rd win this decade.

Eleven wins in a year equals his previous best, but his final points tally of 413 is his highest-ever single-season points total, while he also equals his record of 33 consecutive points finishes.

And it all came after a lacklustre start to the Yas Island weekend where he struggled to find a rhythm.

“I’m just so proud of everyone,” Hamilton said.

“I’m so grateful for everyone who has continued to push. I felt great out there today and I feel so good right now.

“It’s like, ‘there are no more races?’ I feel like I’m at my best of the year right now, like I’ve got to keep going and now we have got to stop? Anyway, we stop on the right foot, and I hope we start on the right foot again next year.”

Hamilton’s performance across the race was impressive, the six-time champion pulling out a 13-second lead in the opening 20 laps, and he admitted he was still pushing in the final five laps, just because he wanted to see what the maximum he could extract was.

“What an incredible year it’s been, what an incredible stretch it has been for this team,” he added. “After winning the constructors’ and drivers’ championships, it was important for us as a team to continue to push.

“We were seeing if we could push the boundaries. This is the perfect way to end the season, on the right foot. I’m grateful for my team, who have continued to push all year long and have never lost sight of the objective. We’ve all had a common goal – the push in the pursuit of perfection.”